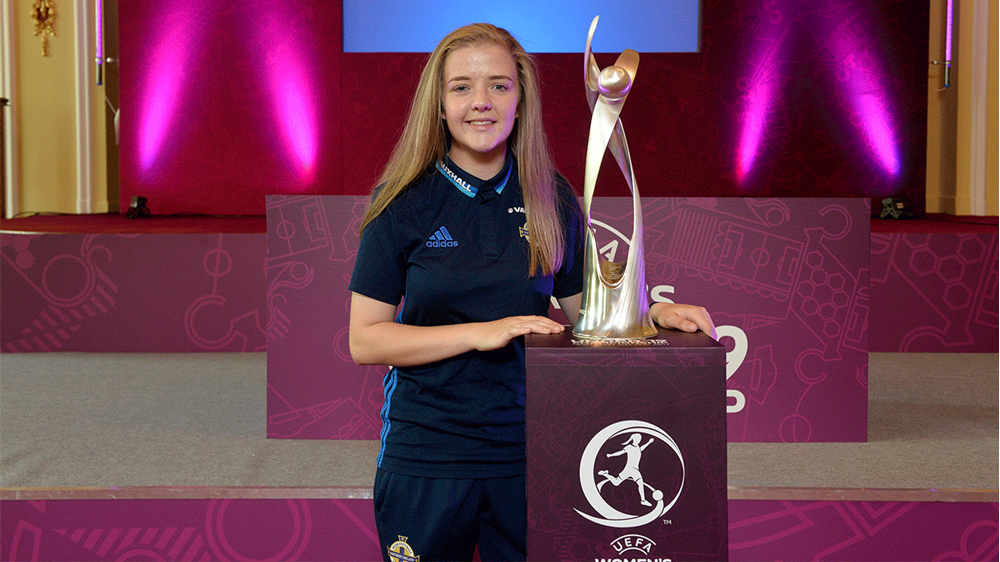 McMaster currently plays for local side Cliftonville Ladies and in the first of a series of interviews to tell us the stories behind the WU19s team, she shared how it all began in the back garden with her sister: "I started playing football when I was four in my back garden with my sister and I really enjoyed it with my sister.

"My Dad took us to different teams as he was a coach in Lisburn. I went on to Ballynahinch and I was captain of the boys team before we made a girls team."

On the tournament this coming August, where Northern Ireland face Spain in the opener at the National Football Stadium at Windsor Park, the Captain is ready to play on the European stage: "It'll be an unbelievable experience to play in front of a home crowd and to play against the best teams in Europe. To put on the green shirt and play for your country and represent them, there's no better feeling."

To hear more from Emma McMaster watch the video above.

If you want to support the teams this coming August, tickets for all the games are now available on Ticketmaster here.