Goalkeeper joins up with Stephen Robinson at Motherwell 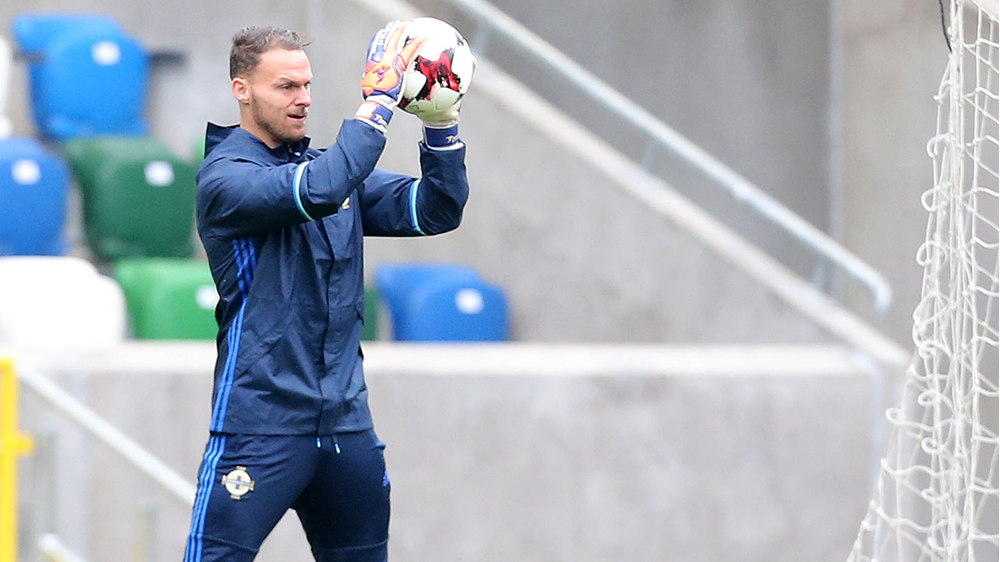 Scottish Premiership outfit Motherwell have snapped up goalkeeper Trevor Carson on a three-year deal from Hartlepool United for an undisclosed fee.

The Downpatrick-born net minder, who began his career at Sunderland, admitted he was relieved that the move had finally gone through.

Carson said: “I’m absolutely delighted to finally get it done, it’s been ongoing for a couple of weeks now, it’s been on and off but to get up here, get the medical done and everything signed is great and I’m delighted.

“As long as the deal is ongoing you can never switch off from football, it’s always in the back of your mind and now to get it done means I can go away for a week, switch my phone off and relax before coming back recharged to start pre-season.”

Motherwell boss and former Northern Ireland coach Stephen Robinson declared that securing Carson’s signature was an ‘important piece of business for the club’.

“He’s a terrific signing for us,” said Robinson, “he’s 29-years old and I have high hopes for him looking forward – he’s a very good addition to the goalkeeping department.

“I’ve been chasing Trevor all summer so to get it over the line is fantastic, our chief scout Martin Foyle has been brilliant and we look forward to working with him.”

Carson has played at every level for Northern Ireland though he is still awaiting his full international debut despite being a regular member of Michael O’Neill’s panel this season.

Elsewhere on the transfer front, central defender Adam Thompson has joined Bury on a three-year contract from fellow League One side Southend United, while under-21 striker Shayne Lavery has signed a one-year professional deal with Premier League side Everton.