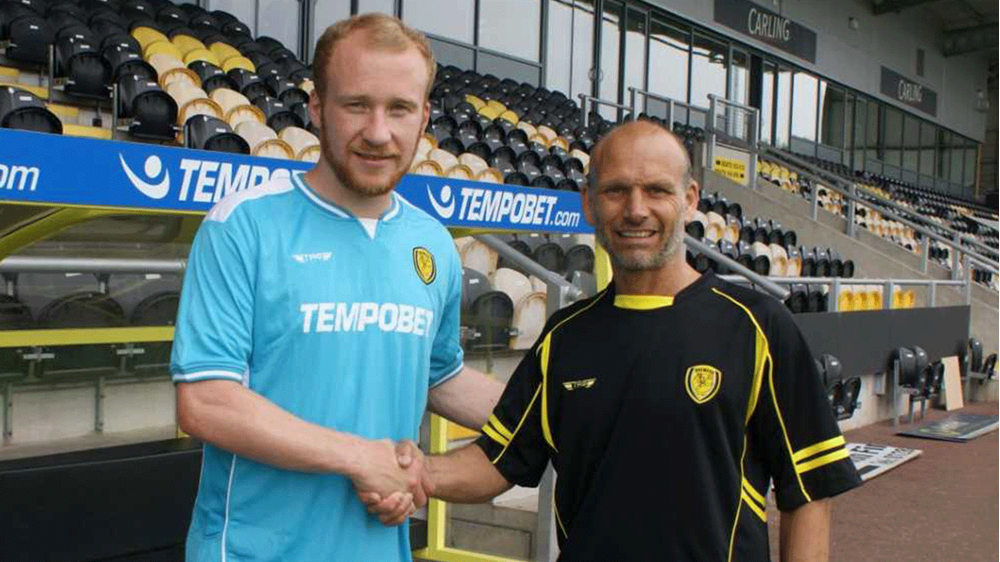 The Brewers splashed a club record fee for the 26-year-old who told the Burton website he was delighted the deal was finally done and dusted.

Boyce said: “I’m absolutely buzzing to finally get it done. There’s been a lot of speculation recently so now I’m just happy to be here.

“I want to go to the next level and, no disrespect to Scotland, but the English Championship is a step up in quality and I wanted to come and test myself.”

Albion manager Nigel Clough was equally pleased to have concluded the transfer saying: “He’s a good player who can get goals.

“He was the top scorer in Scotland which, when you consider the incredible season Celtic had, that’s some going in itself.

“If you think of all the chances we created last season then, hopefully, if we can do the same again he can get on the end of them,” added Clough.

“He’s the right kind of character and he is desperate to come down and prove himself in England.”

Boyce began his career in the Irish League with Cliftonville scoring 22 goals in 68 appearances for the Reds before a big money move to German side Werder Bremen in the summer of 2010.

Unfortunately, he failed to make a first-team appearance in his 18 months with Bremen and he returned ‘home’ to Cliftonville in January 2012.

During his second spell at Solitude he picked up two Premiership medals and two League Cups with the North Belfast side scoring 63 goals in just 115 games.

His goalscoring prowess did not go unnoticed and he returned to full-time football after Ross County snapped him up on a free transfer in the close season of 2014.

Last term was his most successful with the Highlands club scoring 24 goals in just 40 outings.

Following the disappointment of missing out on Euro 2016 last summer, Boyce forced his way back into Michael O’Neill’s plans and scored his first international goal in the 1-0 victory over New Zealand at the National Stadium last month.