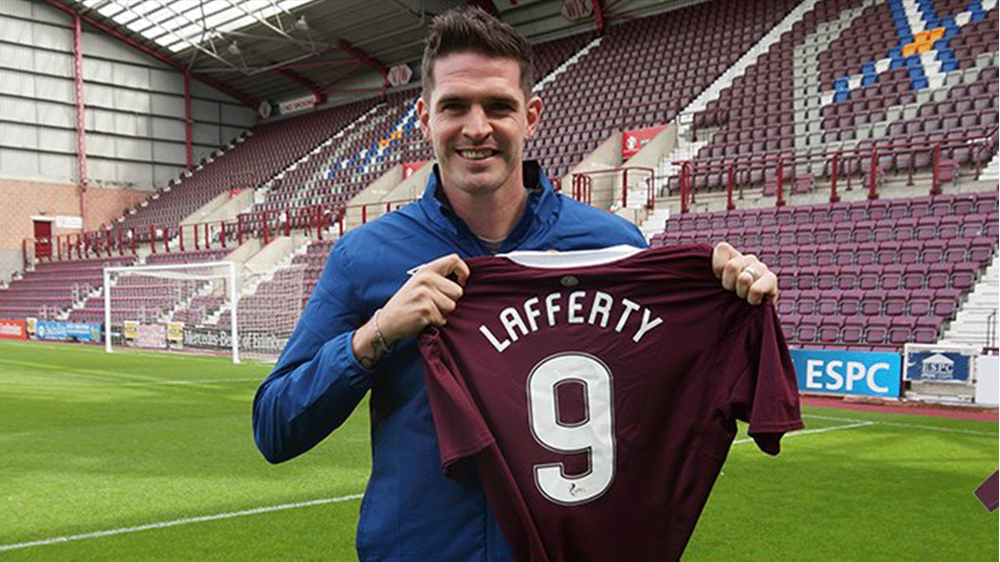 Scottish Premiership side Hearts have snapped up Northern Ireland striker Kyle Lafferty on a two-year deal following his release by Norwich City.

The 29-year-old Fermanagh man, who won three Scottish titles during his time with Glasgow Rangers, was relieved to finally get the deal done and dusted.

Speaking to the official Hearts website, Lafferty explained: “I’m delighted. It’s been a frustrating three or four days to be honest, whether we were going to get it over the line or not, but finally we have. I’m absolutely delighted to be back in Scotland to play my football and, most importantly, to play for a massive team like Hearts.

“I’m hoping to make the World Cup with Northern Ireland, so it’s an important year. I’ve been told I’ll be a main focal point of the team, which over the past two or three years I’ve thrived on and I’ve produced the goods.

“Coming here, knowing how passionate the fans are about their club and their football, it’s important that I was coming to a place where I knew I’d get along with the supporters,” added Lafferty, whose move to Tynecastle is subject to a medical.

“Having spoken to Ian (Cathro, the Hearts manager), the way he wants his team to play football and the way I play my football, I’m sure that we’ll click.”