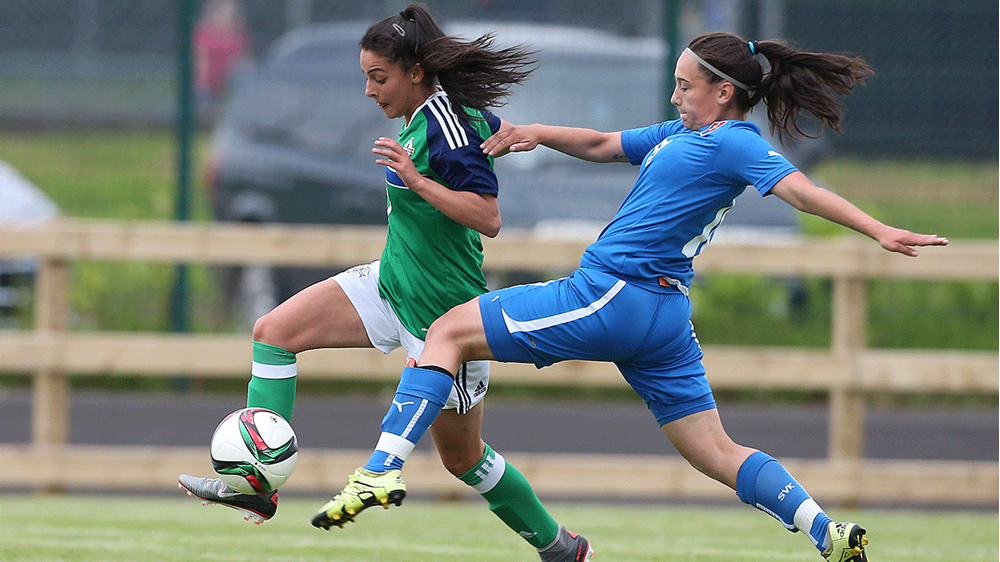 Northern Ireland Women U19s endured a frustrating evening in Ballymoney as they lost 3-1 to Slovakia.

In the first of a double header this week, a Brenna McPartlan strike wasn't enough as goals either side from Veronika Jancova and a Kristina Panakova double gave the visitors victory.

Alfie Wylie's side spent the majority of the second half in the Slovakian half and will be disappointed not to be rewarded with at least a draw.

With Rebecca Bassett out through injury, Morganne Beggs led the line for Wylie's side supported by Louise McDaniel and debutant Leyla McFarland.

Northern Ireland started well with Brenna McPartlan shooting wide in the opening minutes. The WU19s went close again in the 18th minute as a corner from Megan Reilly was flicked on by Teresa Burns but in the ensuing scramble the referee called for a free kick.

Just moments later, Slovakia took the lead with their first chance. A ball was played over the top of the defence and Jancova beat the defence for pace and shot into the net past Kirsty McCaughtry.

Wylie's side created the next opening as Beggs passed out wide to McFarland but her cross couldn't be met by McDaniel at the back post. That was the end of the game for Beggs who was replaced due to injury by Abbie Magee.

Slovakia should have made it two just before the half hour. Captain Diana Lemesova had space inside the area and hit her shot well into the top corner but her effort was met by an even better save from McCaughtry to keep it at 0-1.

Northern Ireland continued to have the majority of possession as the lively McFarland again got past her full back but the cross couldn't be turned in by McDaniel. It was the turn of McDaniel moments later to put the cross in but McPartlan was closed down as the cross came to nothing.

And the second half started the same with Northern Ireland creating the chances. Lauren Robson's freekick was met by McFarland who headed down to McDaniel but her shot wasn't strong enough to beat Dominika Rezekova.

McFarland was at it again down the left wing and her cross was met by McDaniel on the run but again it was a case of close yet so far as her header went marginally over the bar.

And it continued, as Reilly's corner was met by McPartlan who got her header past the keeper but it was cleared off the line as they went in search for the equaliser.

The story continued with 30 minutes to go as McDaniel flicked a header onto McFarland but her shpt was hit straight at Rezekova.

Finally the pressure did toll as McFarland played the ball into McPartlan who had the simple job of tapping in to equalise.

But, the game took an unlikely turn as the visitors regained the lead just moments later as substitute Panakova slotted in from close range.

Northern Ireland searched for another equaliser but were dealt a blow as Panakova netted her second of the game to give Slovakia the 3-1 win. 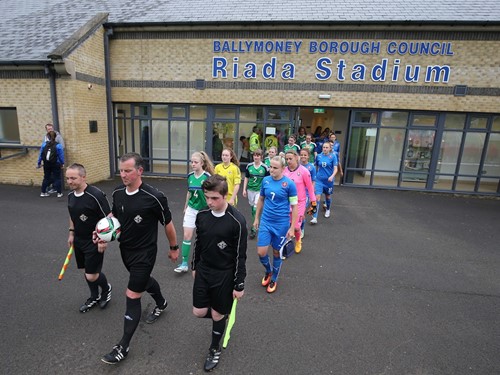 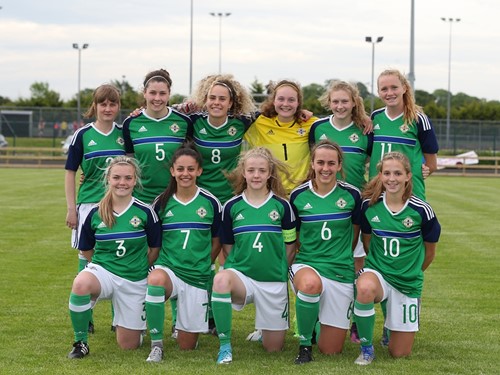 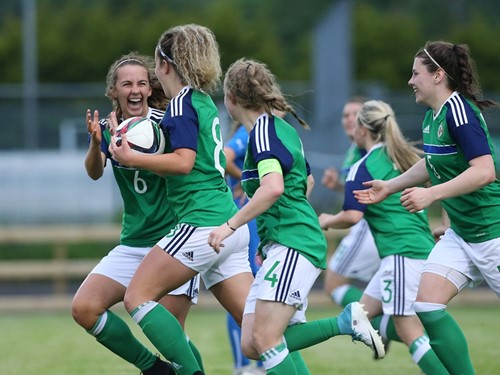 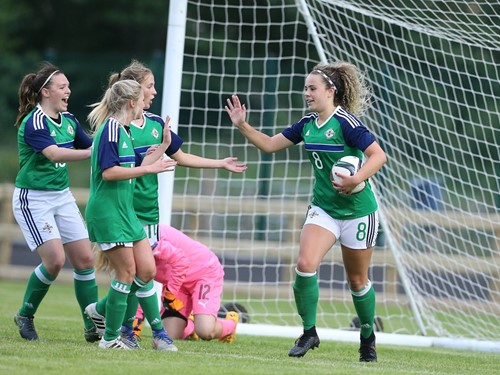 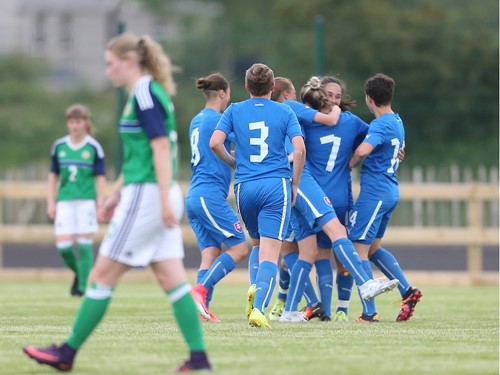 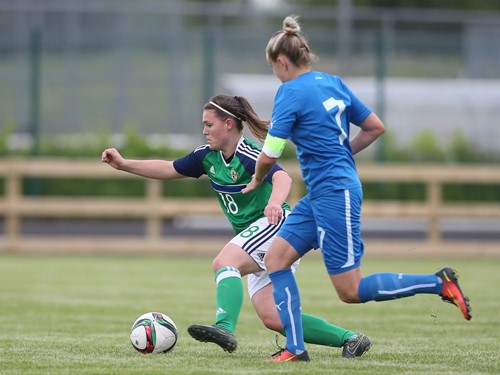 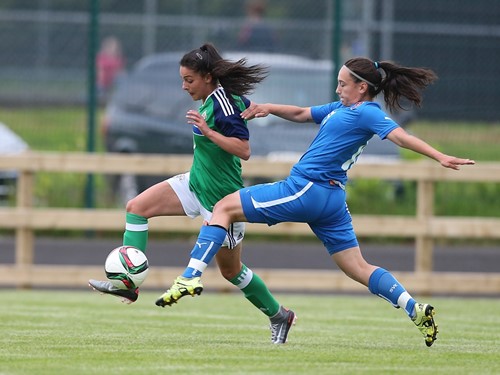 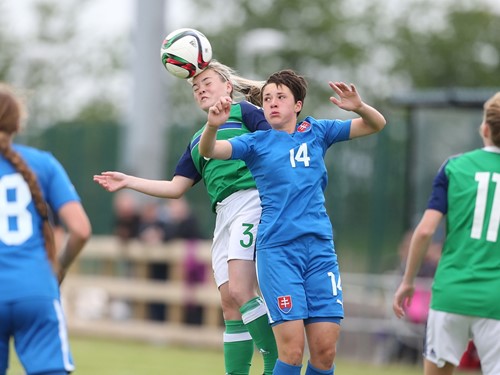