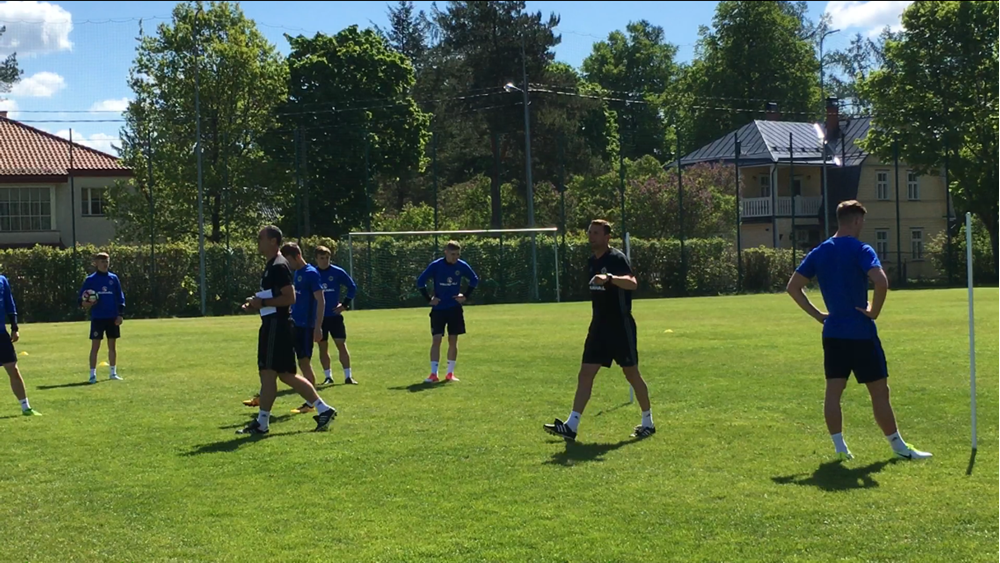 The Northern Ireland under-21 team kick-off their qualifying campaign for the European Championships in Italy and San Marino tomorrow as they take on Estonia in Tallinn.

It is also the first international outing for new manager Ian Baraclough who is looking to start the campaign with three points.

Baraclough, who only took charge last month, has already had a couple of weeks with the players and is confident that they can make a mark on the group.

The young squad face tough opposition in Group 2 alongside Spain, Slovakia, Iceland and Albania. The group winners will automatically qualify and only two places remain for the four best second placed teams who will battle it out through play-offs.

The manager has praised the work his squad have put in and is looking for his team to enjoy the match and get the win.

He said: “The boys have integrated really well as a group, they’ve enjoyed working hard. A lot of the ground work was done at the training camp the previous week which was the first time the staff had met the players.

“We want to go and win the game and we want to be a threat going forward. We’ve certainly not come here to defend or sit back and try and hit them on the break. For me I want to encourage the guys to go and express themselves in the right manner, in an organized fashion.

“We’ve done a fair bit of tactical work leading up to this as the players need to know my thoughts and likewise I need to see what their knowledge is as well.

“We haven’t overdone it though. I think football is a simple game that does get over-complicated at times. The players have got to go out and do their natural thing, that’s why they’re here, they’re good players. I want to see them enjoying their football and for me that’s by giving them a bit of freedom within a framework.”

“It can be [a springboard for the campaign]. This team haven’t been used to winning and there can become an acceptance that we don’t win, so when we turn up and get a draw, that’s great. I don’t want them to have that mentality.

“They’re good enough as a group of men to go and win games. Many of them are used to winning games with their clubs and some of them are coming off very successful seasons, so they’re used to winning, they like winning and I want them to have that habit. A win in the first game, away from home, could give the group a real confidence boost.”

Northern Ireland U21s take on Estonia on Thursday at Kadrioru Stadium in Tallinn, kicking off at 16.00 (UK time).