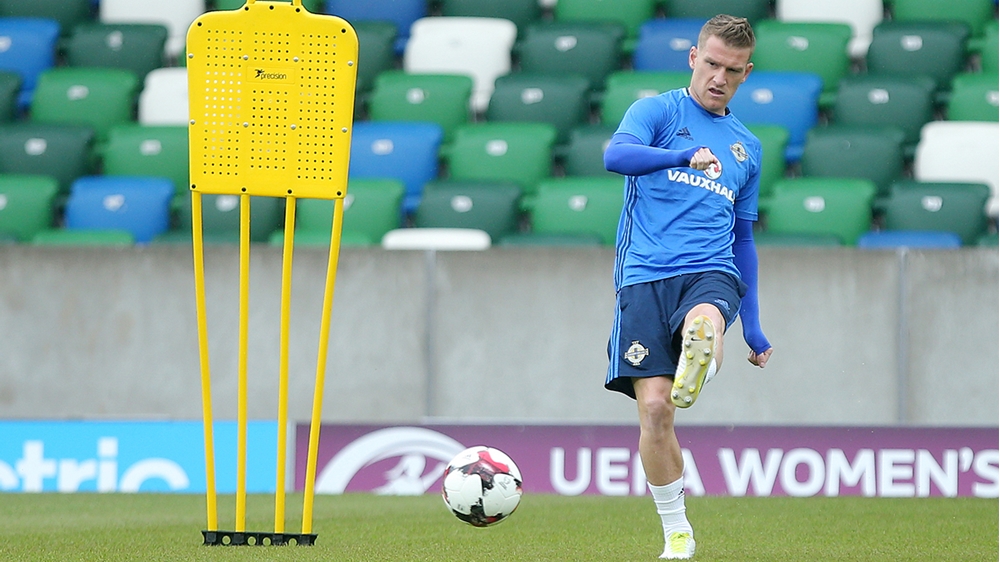 Captain Steven Davis has backed the whole squad to show manager Michael O'Neill what they can do on the International stage.

With no Jamie Ward, Conor Washington, Paddy McNair, Corry Evans and Will Grigg to choose from, Davis believes now is the time to shine for the new call-ups and the entire squad. He said: "It's a great opportunity for those players, they have come into training and impressed.

"I'm sure there will be a few nerves before the game but if they get the opportunity they'll want to show what they can do."

They face New Zealand in a Vauxhall International Challenge Match at the National Football Stadium at Windsor Park and as always, preparation has been done off the pitch to know all about their opponents: "We've watched footage of them already so we know the qualities that they have got.

"They've got a player in Chris Wood (Leeds United striker) who carries a real threat coming off the back of an excellent season."

To hear more from the Captain, watch the video above...