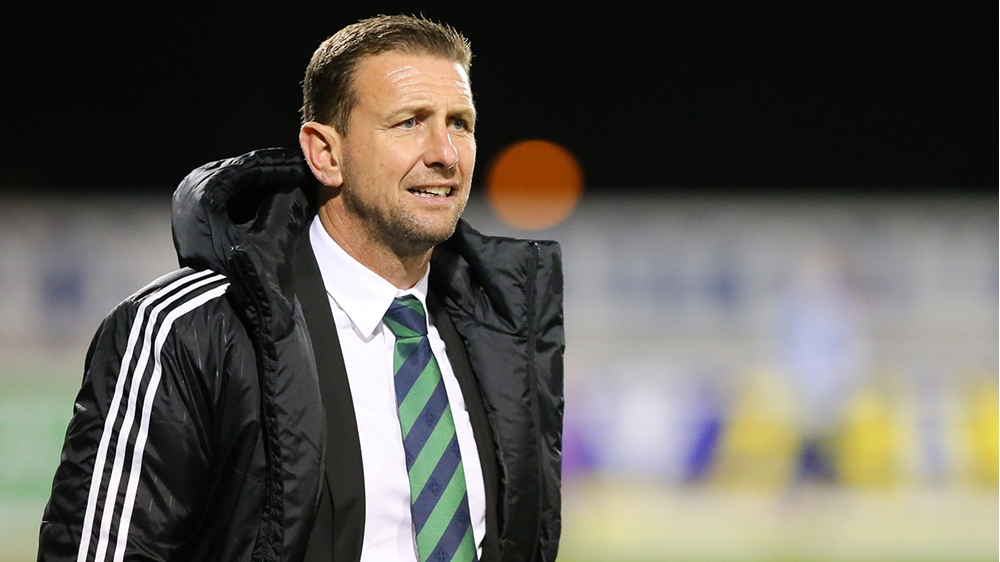 The deal comes just weeks after Baraclough's side finished second to Spain in Qualifying Group 2 for the 2019 U21 Euros.

The U21s amassed 20 points during their qualification campaign, securing victories over Spain, Iceland, Albania and Estonia along the way, but just missed out on reaching the play-offs for a place in the finals in Italy next summer.

The former Motherwell and Sligo Rovers manager said he was “really pleased” to have signed the new deal with the Irish FA.

He revealed: “I have loved it. When I took over I knew it would be a challenge and I thought it would possibly be a slow burner. However, the players, staff and everybody involved have come together and it has just ignited.”

The U21s boss said he was already looking forward to the next campaign - the qualifiers for the 2021 U21 Euros – and he pointed out 11 of his current squad will be eligible to play in those games.

“This is the first time I have managed a team with a younger element and I have really enjoyed it. There is a challenge with a constant turnover of players, however we introduced quite a few younger players during our last campaign and that will be invaluable going forward,” he said.

Baraclough insisted there are several exciting young players coming through the Northern Ireland system, from the JD Club NI elite player development programme to the U17 and U19 teams managed by Stephen Frail.

“I believe we will have a competitive squad in the next campaign,” he added.

Northern Ireland senior men’s manager Michael O’Neill said: “Ian has proved to be a great addition to our international coaching team. The Under-21s have made excellent progress under his watch and I am delighted he is onboard for another two years. He has been invaluable in helping us to develop future senior internationals.”

Baraclough joined the Northern Ireland set-up in May 2017 from Oldham Athletic where he was assistant manager.

The 47-year-old had a 20-year playing career which saw him represent among others Queens Park Rangers, Notts County and Scunthorpe United. He moved into management in 2010, taking up the reins at Scunthorpe United where he spent a season in League One.

In 2012 he was appointed manager of Sligo Rovers and quickly brought success to the west of Ireland club. He led Rovers to the league title in his first season at the club, their first in 35 years. He also lifted the FAI Cup and the Setanta Cup in his two-year spell in charge.

He worked as a scout for Huddersfield having left Sligo in 2014 before moving to Scotland to manage Motherwell. He kept the club in the SPL after a play-off win over Rangers but was replaced the following year. He became assistant manager at Oldham in July 2016.