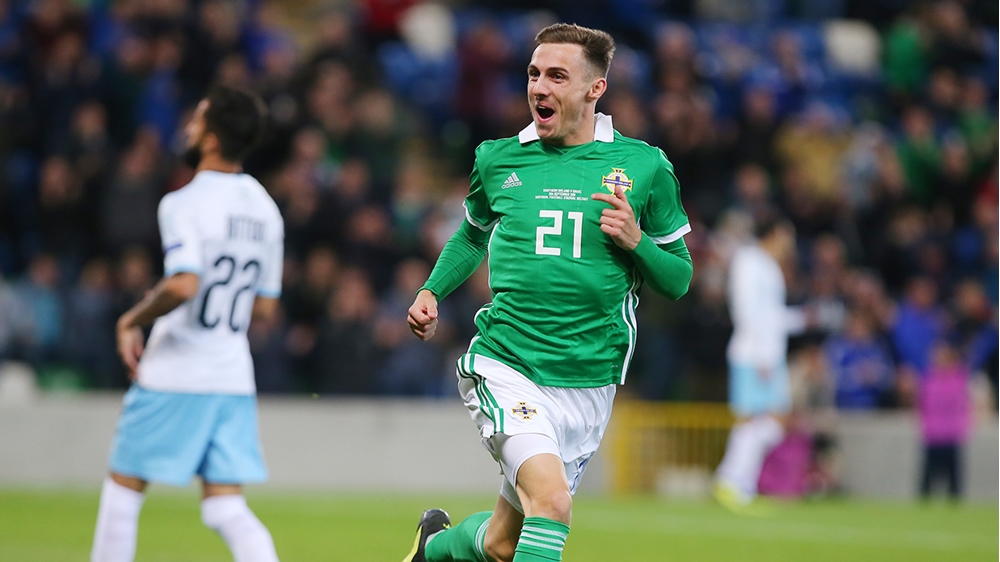 Michael O’Neill has named his squad for the forthcoming away UEFA Nations League games against Austria and Bosnia & Herzegovina.

Central defender Tom Flanagan, who made the switch from Burton Albion to Sunderland back in June, replaces veteran centre-back Gareth McAuley in the 25-man panel. McAuley is still working on his fitness at new club Glasgow Rangers after spending the close season training alone following his release from West Bromwich Albion at the start of the summer.

It’s the first time Flanagan has been included in a Northern Ireland squad since the World Cup play-off games against Switzerland last November.

There is also no place in the squad for striker Conor Washington, who joined Sheffield United from Queens Park Rangers at the end of August. The forward asked to be omitted for "personal reasons".

The remainder of the panel is along similar lines to the squad announced for the games last month.

Veteran Hearts defender Aaron Hughes, who missed out on the September fixtures through injury, is included for the Nations League matches in Vienna on 12 October and Sarajevo on 15 October.

Bolton striker Josh Magennis, who also missed the home game against the Bosnians and the friendly against Israel, has been named in the panel, too.

Magennis is one of five strikers in the squad and O’Neill will be hoping their firepower can provide the goals to get his team’s Nations League campaign back on track following the 2-1 defeat to Bosnia & Herzegovina.

Since the September games George Saville has bedded in well at new club Middlesbrough and Oliver Norwood has been clocking up the assists with his new team, Sheffield United. And Northern Ireland captain Steven Davis has been starting to get more game time, albeit from the subs’ bench, at Southampton. The Northern Ireland boss will be hoping those three can build on their blossoming partnership in the team’s engine room in the two away games. 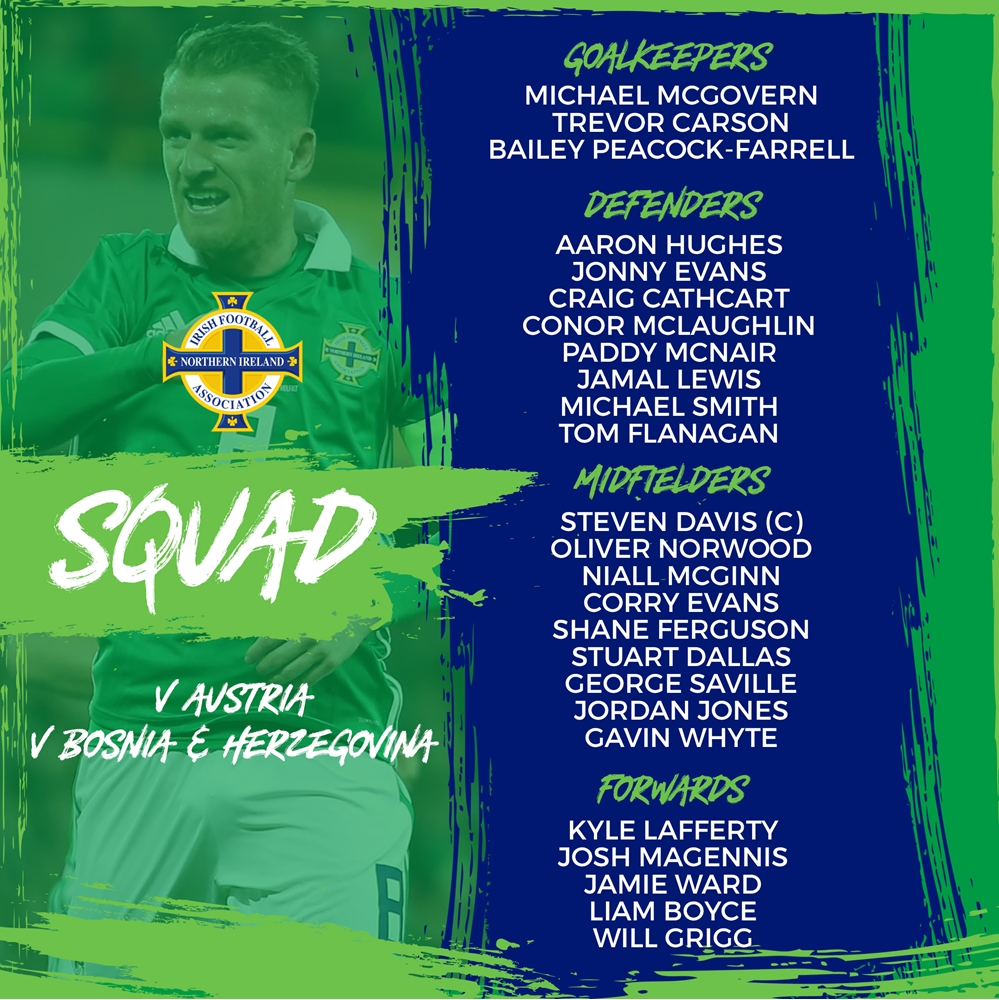