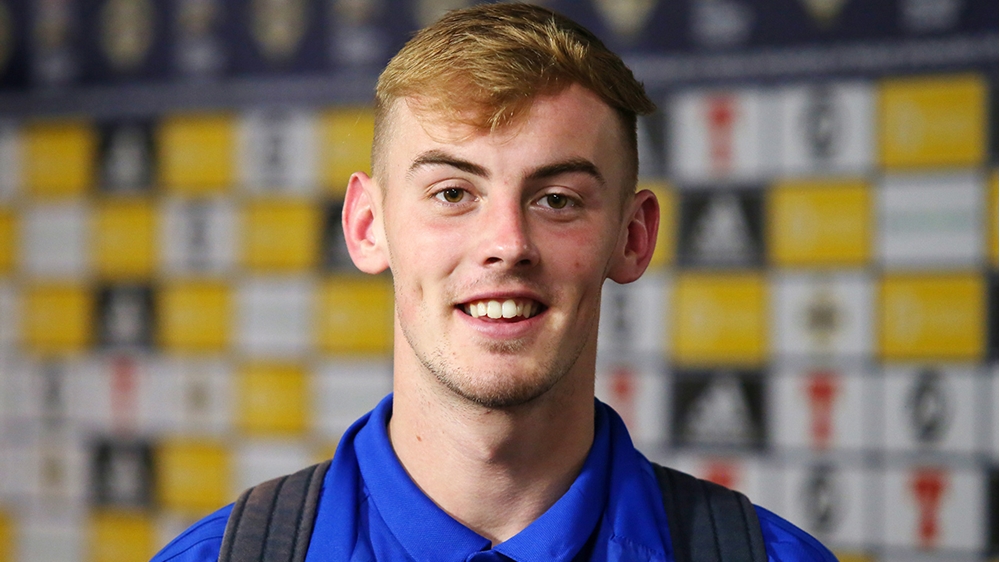 Mark Sykes scored the only goal in Northern Ireland Under-21's win over Slovakia in their final EURO U21 Qualifier.

The second half header was enough to secure all three points and send Northern Ireland above Slovakia to finish the campaign second in UEFA EURO U21 Qualifier Group 2.

"It was a brilliant result tonight and we've set massive standards ending the group with 20 points."

Mark was particularly grateful towards the 5,462 fans that came out to the National Football Stadium at Windsor Park to cheer him and the rest of the team on.

"It was unbelievable. We heard in Iceland that there were about four or five thousand tickets sold but to actually see the turn out really gave us boys a lift.

"We'd like to thank the supporters for coming out tonight. We turned up for them and we hope we sent them home happy."

This will prove to be Sykes' final game for the Under-21s and he looked back on the campaign with great pride in what he and his teammates have achieved.

"It's unbelievable to be honest. Before the campaign started I don't think anyone would have gave us a chance to come second in the group with that amount of points (20) but we have.

"We didn't think we'd finish with those points but we've shocked people and won a lot of matches. We are delighted and the boys will enjoy it now."

Watch the post-match interview with goalscorer Mark Sykes in the video at the top of the page.