Danny Amos 'dream come true' to get Under-21 call-up 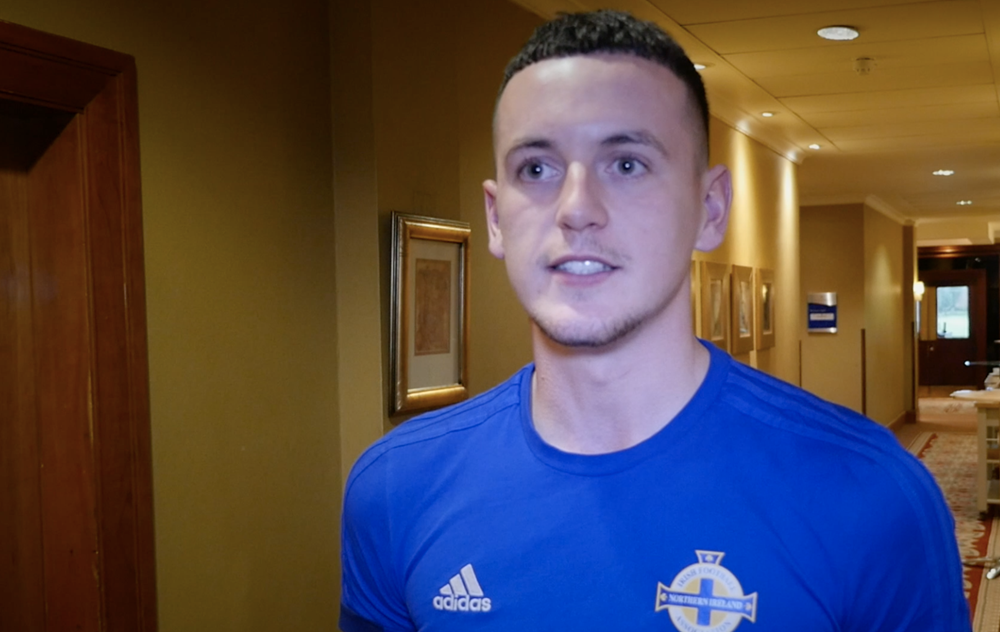 David Parkhouse reveals just how much it will mean to the Under-21 squad to earn a victory over Iceland to set up a huge game at the National Stadium at Windsor Park.

The Under-21s are training ahead of their penultimate EURO Qualifier against Iceland on Thursday 11 October.

Parkhouse is under no illusions as to the importance of the Iceland game: "To win the Iceland game would mean a lot and put us in a really good position going into the Slovakia match at home.

"We can't just go off what we did in the last game (2-1 win against Spain) we have to try and get three points against Iceland. Do the best we can and try and get us over the line to qualify."

Campaign Card holders, Official Members and children under 16 will be able to get free tickets for the match that takes place at 7:30PM on Tuesday October 16.

New recruit, Danny Amos has revealed how excited he is to potentially make his debut for the Under-21s:

"I've been in the Under-19s and it was just a relief to get the call up to the 21s as it's such a high standard of guys here.

"I spoke to Ian (Baraclough) when I got the call-up and told him I'm going to push myself as a player to try and get into the team, I'm not just here to make up the numbers."

Due to an injury, goalkeeper Conor Mitchell has had to withdraw from the squad and will be replaced by Portadown goalkeeper Declan Dunne.

You can watch the interview with David Parkhouse and Danny Amos by clicking on the video at the top of the page.