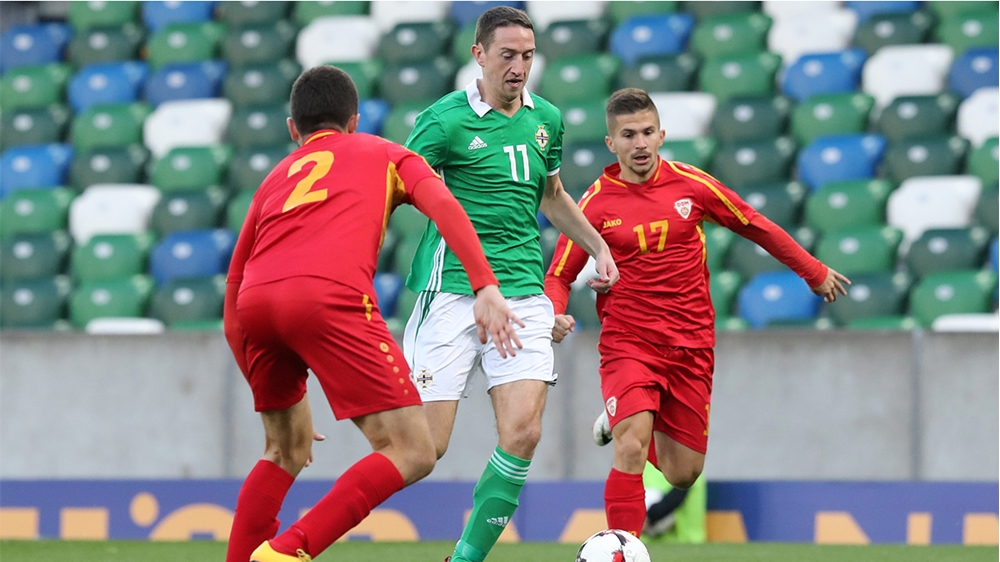 Northern Ireland’s Junior International side bowed out of the 2018-19 UEFA Regions’ Cup competition with a narrow defeat to Russian outfit Chayka.

The team representing Russia’s South Region grabbed a dramatic winner in the 86thminute at Mourneview Park to seal a 2-1 victory – and book their place at next year’s finals.

However, it was a bitter pill for Junior International boss Harry McConkey to swallow. His Eastern Region team, representing Northern Ireland, largely controlled the game in Lurgan and had more attempts on goal but were hit by a sucker punch when Chayka scored with their only clear-cut chance of the second half.

Last night’s defeat meant McConkey’s side finished third in Group 1 of the Regions’ Cup intermediate round.

They finished the intermediate stage mini tournament - it has been staged in Northern Ireland over the past week - with three points; they had previously registered a 1-0 success against Macedonian side Amateurs FYR Macedonia in their second game and a 2-1 defeat to Braga, representing Portugal, in game one.

Braga defeated Amateurs FYR Macedonia 2-1 at Shamrock Park last night to give them seven points from three games. They had previously drawn 1-1 with Chayka, however the Russians, also on seven points, progressed to the finals thanks to a better goal difference; they defeated the Macedonians 4-0 in their first game.

Chayka started strongly against McConkey’s charges in Lurgan and Roman Bogdanov smashed an effort against the woodwork as early as the second minute, but Northern Ireland, with Barry McKervey pulling the strings, then began to control the game.

Aleksandr Nastavshev replaced Sergei Sokolov after just 10 minutes – and Nastavshev ultimately proved to be the hero for the Russians.

Bogdanov screwed an effort wide on 24 minutes before Scott McMillan came close for Northern Ireland and then Jordan Gibson had an effort blocked.

Ricky Thompson missed the target when well placed in the 32ndminute and two minutes later the Russians were in front. Bogdanov squared the ball to Nastavshev inside the box and he drilled it home.

Thompson shot wide before Martin Bradley had another effort blocked by Chayka, and then Thompson had a shot blocked.

On 43 minutes Northern Ireland deservedly equalised when McKervey fired in a free-kick from 25 yards out which bounced off Russian keeper Sergey Lyashenko’s chest and Adam Gray was on hand to poke home the rebound.

After the break Northern Ireland controlled proceedings. Gibson forced a good save from the Russian keeper in the 57th minute, while McConkey’s side also had some half-chances after forcing a series of corners.

In the 79th minute Northern Ireland had their best chance of the half when Terry McGrath latched on to a through ball and his lobbed shot was kept out by Lyashenko’s fingertips.

Chayka scored what proved to be the winner on 86 minutes. A punt out of defence found Nastavshev out wide and he cut inside his marker before firing the ball into the top corner. A fine finish to make it 2-1 to the Russians on the night.

Image: Adam Gray, seen here in action against Amateurs FYR Macedonia at the weekend, was on target for Northern Ireland’s Junior International side last night.