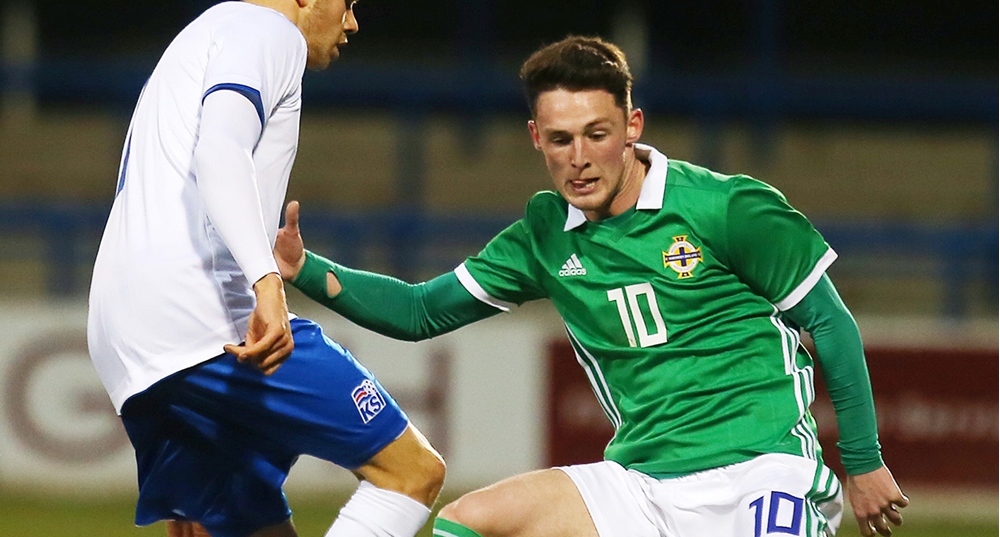 The return of Cameron Dummigan and Jordan Thompson has boosted the Northern Ireland Under-21s squad ahead of their forthcoming games against Iceland and Slovakia.

Northern Ireland U21 manager Ian Baraclough knows that wins away to Iceland and home against Slovakia will give his side an outside chance of qualifying for a play-off for a place at next year’s U21 Euros.

And he believes the inclusion of Oldham Athletic defender Dummigan and Blackpool midfielder Thompson gives the squad an important injection of experience.

Dummigan, who has been injured for most of the season but is now fit and raring to go, and Thompson, who was suspended for last month’s superb 2-1 win away to Spain, have been important players in previous games in the team’s UEFA U21 Championship 2019 Group 2 qualifiers.

Also included in the 21-strong squad for the final two qualifiers is versatile Doncaster Rovers defender Danny Amos. He was called up for the first time for the double header against Luxembourg and Spain but had to withdraw from the panel due to injury.

U21s boss Baraclough admitted he had to make some tough calls when he was putting his squad together for the game against Iceland U21s in Reykjavik on 11 October and Slovakia U21s in the National Football Stadium at Windsor Park on 16 October.

He revealed: “It was difficult picking a squad. There are players missing out who have been part of previous squads in this campaign, however all the players know you have to be at the top of your game now to be selected.”

Coleraine striker Jamie McGonigle, a late call-up for the games against Luxembourg and Spain after Oxford United winger Gavin Whyte was promoted to the senior squad, is not included this time.

The U21s manager said McGonigle was unlucky not to be selected. “Ryan Johnson is suspended for the game against Iceland so I had to balance the squad up by taking out a striker and bringing in defensive cover. Unfortunately for Jamie he was the one who had to drop out,” he revealed.

Last month’s win against Luxembourg (1-0 away) and the famous victory over Spain in Albacete have helped to build an even greater spirit in the panel, according to Baraclough, and he believes the outside chance of getting to a play-off is a great incentive for his squad.

He further pointed out: “Playing against Slovakia at the National Football Stadium in the second game will also help the players. It will be an opportunity for them to show what they can do. With young players like Bailey Peacock-Farrell, Jamal Lewis and Gavin Whyte getting into the senior panel they know they have a chance to follow in their footsteps.”

The Under-21s will take on Slovakia next at the National Stadium at Windsor Park and you can get your tickets by CLICKING HERE. Campaign Card holders, Official Members and children under 16 will be able to get free tickets for the match.

The Northern Ireland U21 squad can be seen in the graphic below. Click the image to enlarge. 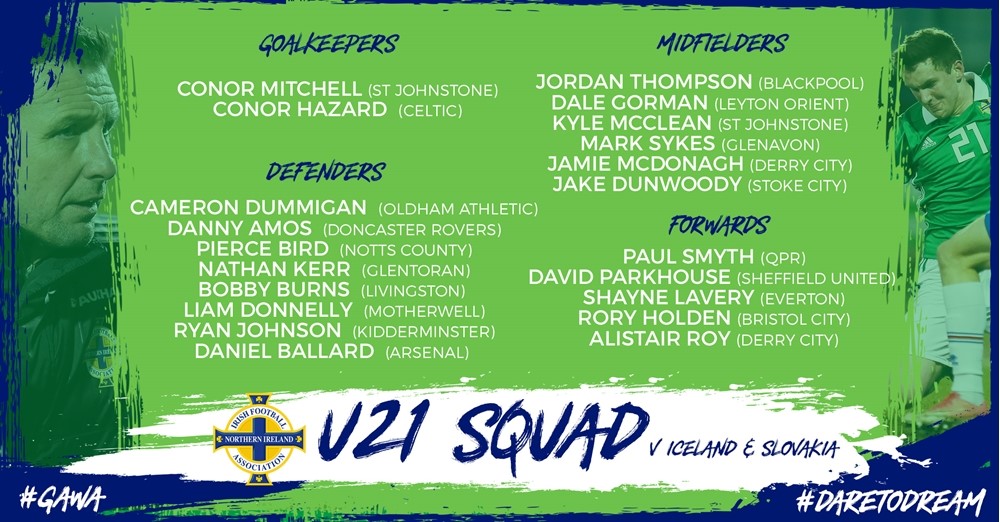