Play-offs missed but U21 campaign ends on winning note 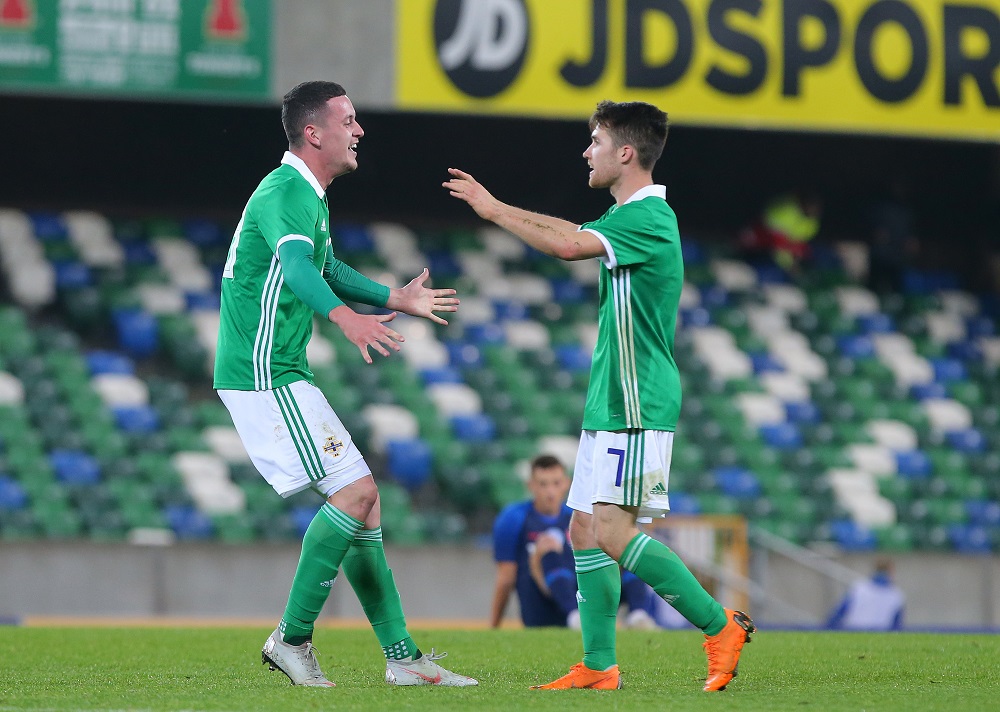 Ian Baraclough's side finished second in Group 2, securing victories over Spain, Iceland, Albania and Estonia along the way, but just missed out on reaching the play-offs for a place in the finals.

The only goal of the game came just after the hour. A Paul Smyth ball evaded everyone in the area before it was played back in by Jamie McDonagh for Glenavon's Mark Sykes to send a glancing header beyond Marek Rodak.

Northern Ireland got off to a bright start with Shayne Lavery seeing an early effort fumbled by the visiting keeper.

At the other end Slovakia tested Conor Hazard with a Miroslav Kacer effort while, not long after that, Tomas Vestenicky offered up a header but it failed to trouble the home keeper.

In what was an entertaining game, Paul Smyth had penalty claims waved away when he was brought down after cutting in from the left before Daniel Ballard came close to making the breakthrough following a goalmouth scramble.

Slovakia went in at the break a man down when Laszlo Benes picked up two bookings in as many minutes right at the end of the first half.

Northern Ireland looked to make their numerical advantage count in the second half, coming close when Alistair Roy was played through by Jordan Thompson to face Rodak one-on-one but the keeper did well to tip the ball over.

The visitors thought they had equalised when Denis Vavro found the net but this goal was ruled offside by the assistant referee.

So whilst that elusive play-off spot wasn't secured it did little to take the shine off an impressive campaign, one that points to a bright future for the national side.