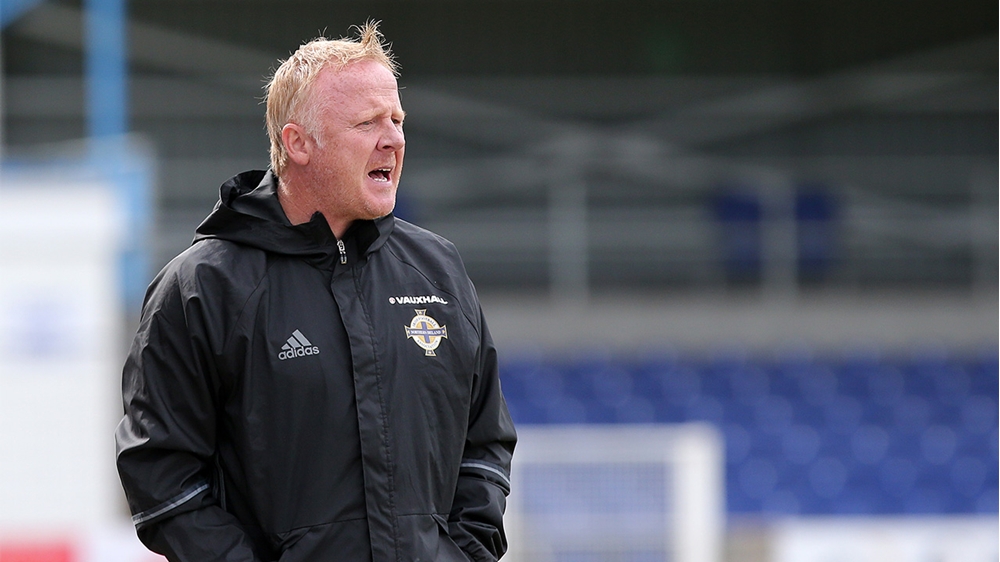 Northern Ireland’s Men’s Under-17s have suffered an early setback in their bid to qualify for the 2019 U17 Euros.

In their opening game in a UEFA U17 mini tournament earlier today they created plenty of chances against Slovakia’s U17s but could not find a way through and lost the tie by a goal to nil.

The match at Arslan Zeki Demirci Sports Complex in Antalya Province in southern Turkey was actually played across two days – and the goal that Slovakia scored yesterday was enough to seal the win.

Due to adverse weather conditions - thunder, lightning and driving rain - the match was abandoned after 13 minutes yesterday, however before it was stopped the Slovakians established a lead through a Cerepkai effort.

Northern Ireland had created a couple of chances in those opening exchanges – and they carried on where they left off when the game resumed earlier today with Darragh Burns just missing the target.

Then Slovakia’s Mojzis was just off target before Sam McClelland headed wide from a Burns corner and Northern Ireland goalkeeper David Walsh produced a decent stop from a Cerepkai effort.

The game, played in a sweltering 27c, got a little scrappy towards the end of the first half, however the first meaningful action of the second period saw a good hit from Carl Johnston blocked, followed moments later by a Jack Scott effort that drifted wide.

The lively Ross McCausland fizzed in a shot on 61 minutes which was saved by Slovakia keeper Belko – and five minutes later McCausland had another effort blocked.

Fellow Linfield player Charlie Allen then entered the fray, replacing McCausland, and he was quickly in the thick of it.

On 77 minutes Walsh made another good save, this time from a Suslov attempt, and down the other end Dale Taylor came close for Northern Ireland. Belko produced a solid save to keep his effort out.

In added time Burns had another attempt saved by Belko before Charlie Allen was shown a red card for foul play.

There was still time for one more Northern Ireland chance but Belko was equal to Burns’ snapshot.

Across the 90 minutes Northern Ireland had 13 efforts on goal, with five on target, while the Slovaks had 11 with three on target. Stephen Frail’s side were unlucky not to take something from the game.

Matchday two in the mini tournament in Turkey will see the boys in green and white coming up against the host nation, who defeated San Marino 6-0 earlier today. That game against the Turks is on Saturday at the Arslan Zeki Demirci Sports Complex (14.30).

And their third and final game in Qualifying Group 10 will be against San Marino next Tuesday (30 October) at the Arslan Zeki Demirci complex (1230).

Image: Stephen Frail was unlucky to see his U17s side lose today.