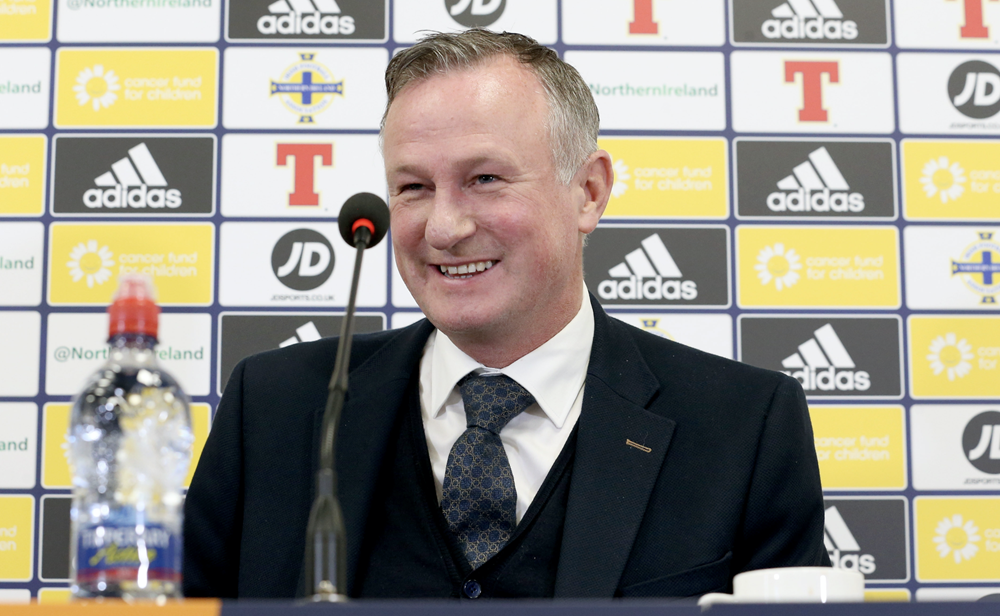 Northern Ireland manager Michael O'Neill has had his say on his 25 man squad he selected earlier today.

Today (3rd October) Michael O'Neill selected his squad for the the upcoming away double header against Austria and Bosnia & Herzegovina.

McAuley is still working on his fitness at new club Glasgow Rangers after spending the close season training alone following his release from West Bromwich Albion at the start of the summer.

"He's (Gareth McAuley) only back in training the last three or four days so it would be unrealistic to ask him to come in and play.

"We spoke with Rangers in the last 24 hours and we both agreed it would be in everyone's best interest that he remains at Rangers."

"Gavin has made a real impact at Oxford FC there's no doubt. They nursed him into it at the start, he started some games and he came off the bench in others.

"He's a player that if he adapts to English football, which he clearly has done then he can really progress."

The manager still believes that despite a bad opening result, the chance to finish at the top of our Nations League group is still there for the taking.

"When you have a four game group there's not a lot of room for error. Ideally we would have loved to win this group and it's not beyond us to do that.

"We have to certainly take a minimum of four points and win the last home game but we will take it game by game."

You can watch the full interview with Michael O'Neill by clicking on the video at the top of the page.