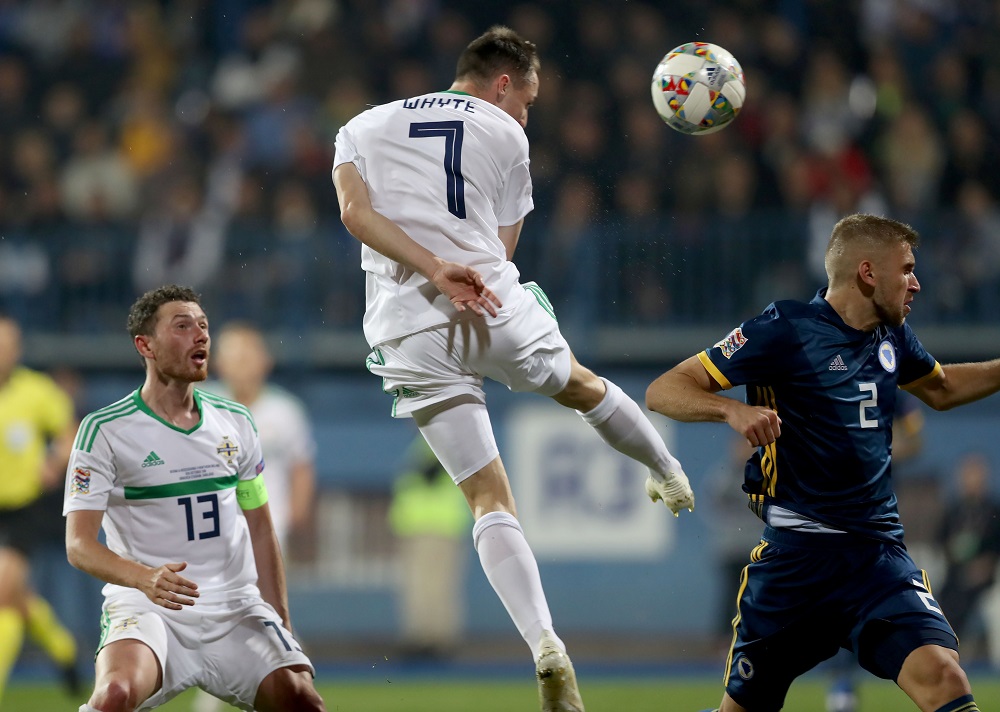 Northern Ireland almost got off to a great start when, as early as the second minute, George Saville found space down the left but could only send his shot over the bar.

The bright opening continued, with the visitors again coming close after a quarter-of-an-hour. Steven Davis delivered a cross from the right into the box and Saville, ten yards from goal, failed to connect cleanly with the ball sending his scuffed volley wide.

And Saville was frustrated once more five minutes after that. Jamal Lewis spotted him in a good position in the box, sent over a perfectly weighted cross which Saville swivelled to reach only to see the ball come back off the far post.

Despite these openings, Northern Ireland fell behind just before the half-hour mark. An error by Lewis, slipping whilst attempting to clear the ball, allowed Edin Visca to nip in to slot the ball to skipper Dzeko who was as clinical as you would expect in duly slipping a shot beyond Bailey Peacock-Farrell.

It was almost 2-0 just a couple of minutes later. Dzeko had the ball in the net for a second time with a well executed volley but, unfortunately for him, the assistant referee had raised his flag to rule the 'goal' out offside.

Bosnia continued to press, almost extending their advantage courtesy of a curling Miralem Pjanic free-kick which went narrowly over and then another Dzeko effort which almost took a deflection past Peacock-Farrell followed, before the break, by Ognjen Vranhes' 25-yard drive from a Duljevic lay-off.

It was a pattern that followed into the second half. Duljevic drilled a shot wide, Dzeko then attempted to chip Peacock-Farrell with Elvs Saric then having a go with a curling effort.

But, yet, Northern Ireland were always in contention and, on 66 minutes, hit the woodwork for the second time.

Dallas swung in a cross for substitute Gavin Whyte, on for Oliver Norwood just before the hour. Whyte's initial effort was blocked on the line but his rebound, with an unguarded net at his mercy, only succeeded in striking the post.

It was a missed opportunity that was swiftly punished on 72 minutes when Dzeko's second of the evening put the game to rest.

The AS Roma man made the most of some disorganisation in the defence to find some space on the left of the box to curl a delightful right-foot shot into the far corner.

He almost grabbed his hat-trick not long after that as well but his volley from a Pjanic corner was blocked en route to goal.

Saville might have pulled one back towards the end with a great strike towards the top corner but home keeper Ibrahim Sehic produced a cracking save to tip the ball away.

And, would you believe, there was time for the Bosnian woodwork to be struck for a third time, and the second time for the unfortunate Whyte when his low drilled shot cannoned effort crashed back off the fixtures and fittings. It was just one of those nights. 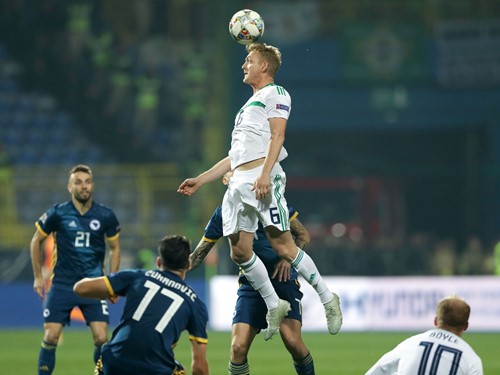 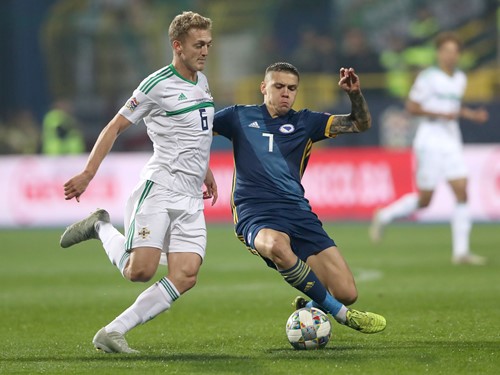 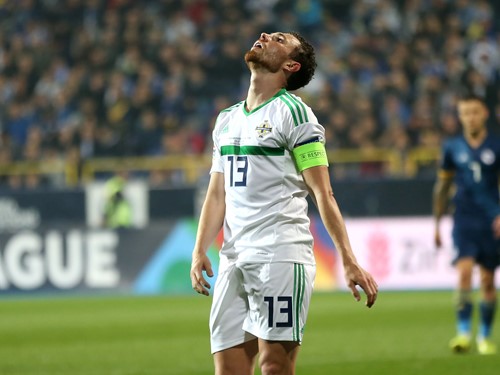 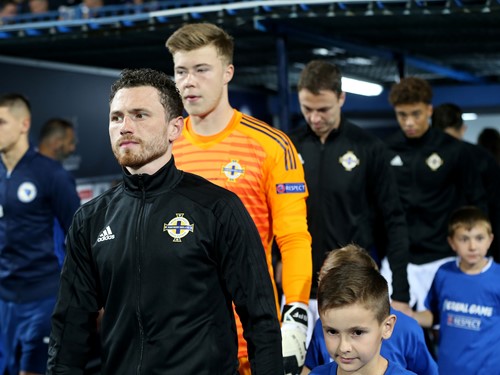 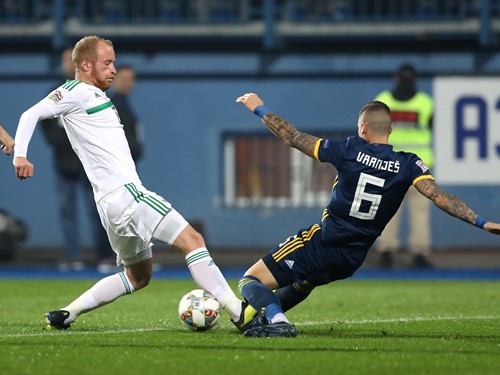 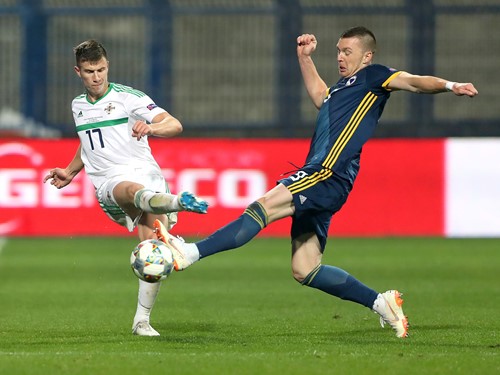 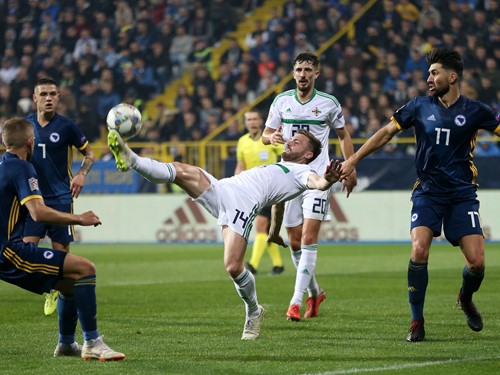 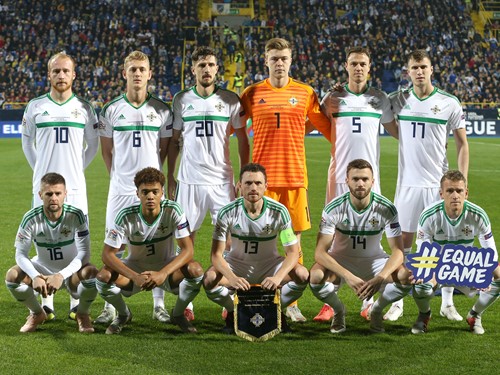 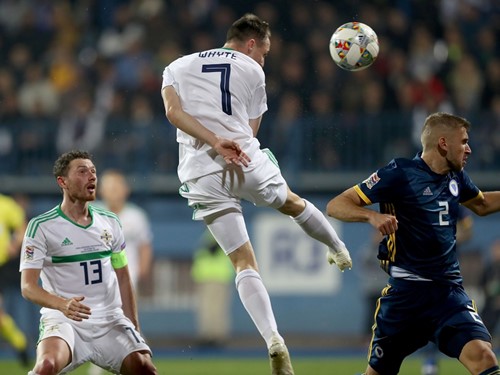