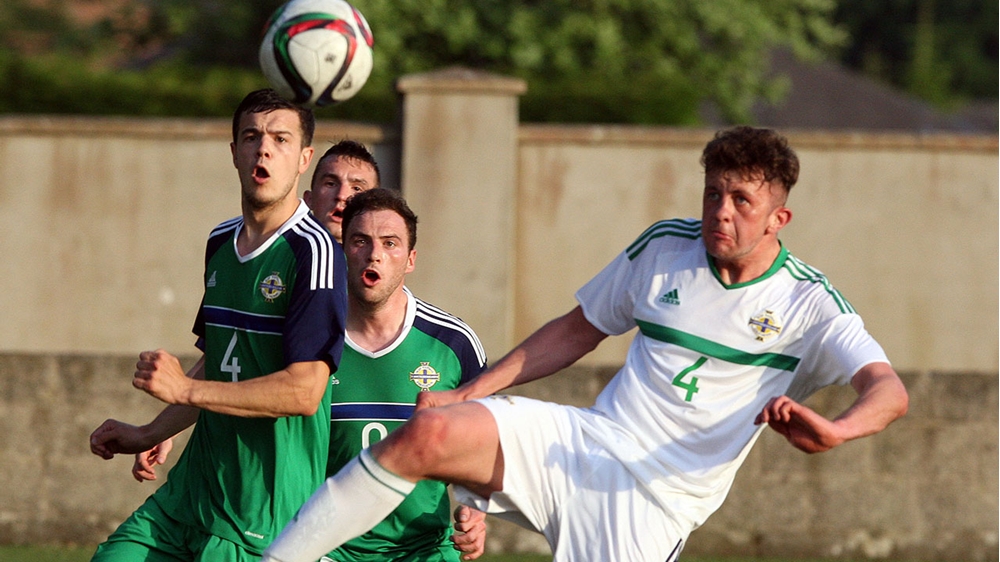 The main body of the 18-strong panel has been formed from Eastern v Western Region qualifiers staged back in May - Eastern Region won a two-legged play-off 6-0 on aggregate - as well as a Junior international against the Republic of Ireland in August plus various preparation sessions.

Northern Ireland’s first qualifier will see them take on Portugal (Braga) at Stangmore Park in Dungannon later that day (7.30pm).

Matchday two is Sunday 21 October. Russia and Portugal are set to meet at the National Football Stadium at Windsor Park (noon start) that day, while Northern Ireland and Amateurs FYR Macedonia will clash at the same venue at 5.30pm.

On Wednesday 24 October the mini tournament will draw to a close with Northern Ireland v Russia at Mourneview Park in Lurgan (7.30pm) and Amateurs FYR Macedonia against Portugal at Shamrock Park in Portadown (also 7.30pm start).

Northern Ireland’s final warm-up game before the mini tournament will see them take on the Republic in a friendly in Dublin next Wednesday.

Image: Action from one of the play-off games between Eastern Region and Western Region which determined who would represent Northern Ireland in this month’s UEFA Regions’ Cup mini tournament.