Ferguson and Thompson on scoresheet before International break 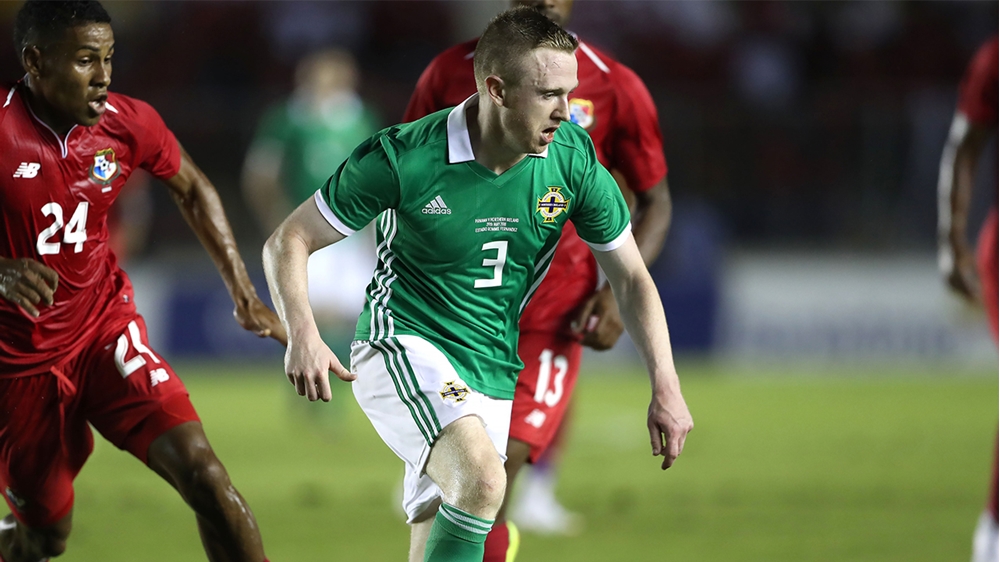 Shane Ferguson will go into the international break full of confidence after scoring his first goal of the season in Millwall’s 2-1 win over managerless Aston Villa at the weekend.

The former Newcastle United player, who was making only his second start of the campaign, opened the scoring just before the half-hour mark as the Lions’ secured their first league victory since August.

Speaking to millwallfc.co.uk Ferguson said: “It’s great to be back playing again. It’s been a while, but I’m really enjoying it. The manager, the staff and the players have given me great confidence and I really enjoyed today.

“We’ve been doing well at home but we weren’t getting the results, today, we got a bit of luck with my goal but then there was a really great finish by Tom [Elliott], so it was a happy day all round.”

Elsewhere, Jordan Thompson opened his account for Blackpool in the 2-2 draw at home to Rochdale on Saturday to extend the club’s unbeaten league run to nine games.

It was the 20-year-old’s first goal since joining the club in the summer, but he stated he was frustrated that the Tangerines’ had not claimed all three points after twice being ahead in the game.

“It feels like a loss and the boys were saying that in the changing room,” said Thompson, who now joins up with Ian Baraclough’s under-21 squad for the games against Iceland and Slovakia, “In the second-half we dominated most of the possession and created a few chances, but we should have taken them.

“I’m playing games and that’s what I came down here to do. The boys are doing well and we’re just looking to push on now.”

In League Two, Ben Kennedy clocked up his fifth goal this term as Stevenage moved into fifth place in the table with a 3-1 win at home to Colchester United while in Scotland, Billy McKay made it four goals in two games as Ross County recorded a 2-1 win at Partick Thistle.

Meanwhile, Stuart Dallas started only his second game of the season for Leeds United, at left-back, who were held to a 1-1 draw at home by one of the 27-year-old’s former clubs Brentford.

In Scotland, Hearts’ defender Michael Smith was sent-off after picking up two bookings as the Premiership leaders suffered their first defeat of the season in their 3-1 reverse to Rangers at Ibrox.

In-form Niall McGinn missed Aberdeen’s 4-1 victory over Oran Kearney’s St Mirren with a hip injury and has now pulled out of Northern Ireland squad for the forthcoming double header with Austria and Bosnia-Herzegovina.

The experienced Steven Davis and Jonny Evans were again both unused substitutes for Southampton and Leicester City respectively in the Premier League though Craig Cathcart did play the full ninety minutes as Watford lost 4-0 at Vicarage Road to AFC Bournemouth.

Finally there were assists over the weekend for Liam Boyce, Matty Lund, Adam Thompson and Chris Brunt.