Radio station agrees to continue promoting football at all levels 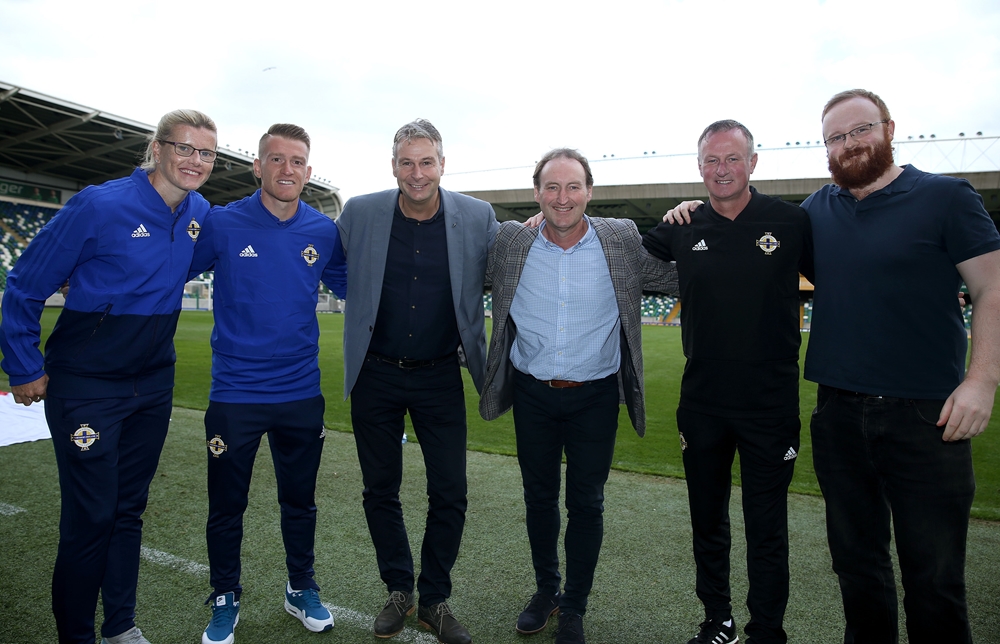 The Irish FA has extended its media partnership with Cool FM for a further two years in a deal that will see the station become Northern Ireland’s official commercial radio partner for the UEFA Nations League and UEFA Euro 2020 qualifying campaign.

Northern Ireland’s most listened to commercial radio station will have a presence at the family fanzone before every senior men’s international at the National Football Stadium at Windsor Park and Breakfast Show host Pete Snodden will continue to connect the fans to the team in his role as stadium announcer.

The station was also the official broadcast partner of the UEFA Women’s Under-19 Championship which was staged in Northern Ireland in 2017.

Patrick Nelson, Irish FA Chief Executive, said: “Not only is Cool FM Northern Ireland’s most listened to commercial radio station, it is also one of the country’s largest social media brands. I am therefore delighted that we are extending our partnership for a further two years.

“Our relationship with Cool FM has always been about promoting the game at all levels and I am excited that this will continue until at least 2020. Through their show Pete, Paulo and Rebecca really brought the atmosphere and excitement of UEFA EURO 2016 back home and I hope that we will be able to give the Cool FM Breakfast Show the chance to do the same again in 2020.”

Mark Mahaffy, Regional Managing Director of Bauer NI, which runs the station, said: “This is a perfect match and we are very much looking forward to seeing the partnership develop and mature over the next two years.

“We are passionate about promoting the local game and showcasing the wonderful work undertaken by the Irish FA both on and off the pitch at every level including grassroots development.

“Our partnership will enable us to enhance this coverage and promote the Irish FA to an even wider audience.”

Nigel Gould, Bauer NI’s Head of News and Sport, added: “This is fabulous news for football fans across Northern Ireland.

“Together I believe we will be able to produce some incredible content on-air, online and on social media.

“As part of this partnership we are committed to delivering exclusive Northern Ireland international specials on our extremely successful Facebook Football Show which is now also available via Podcast.”