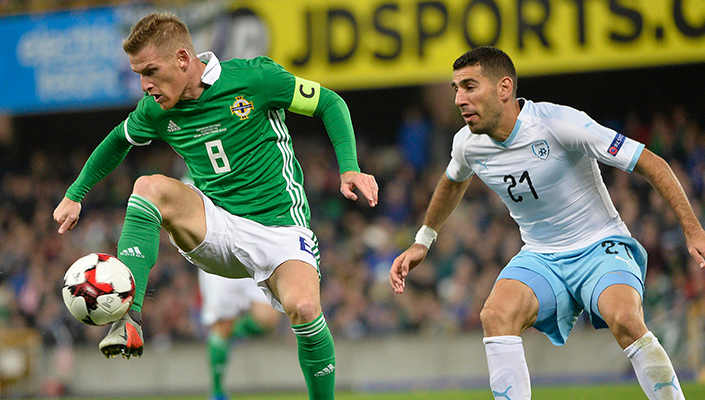 A charity golf day supported by local businesses and Northern Ireland senior men’s internationals has raised more than £11,000 for the Irish FA Foundation.

Players including Northern Ireland captain Steven Davis, Kyle Lafferty, Stuart Dallas and Paddy McNair took part in the event which was staged at Royal Belfast Golf Club on Sunday 9 September. Steven Davis was the overall winner of the competition.

The inaugural golf day began with a breakfast for all competitors, moved to a round in the stunning surroundings of the course on the shores of Belfast Lough and concluded with a prizegiving, a gourmet meal and after-dinner speeches.

Andrea Milligan, Irish FA Foundation Fundraising Officer, said: “I would like to thank everyone who took part on the day and gave so generously to our cause.

“I would also like to thank all the players that gave up their free time and to Northern Ireland manager Michael O’Neill for coming along and giving his support.

“The golf day was a huge success and we look forward to organising more events in the coming months and to raise even more funds for the work of the Irish FA Foundation.”

Image: Steven Davis showed off his golf skills rather than his football skills at the inaugural charity golf day in aid of the Irish FA Foundation.