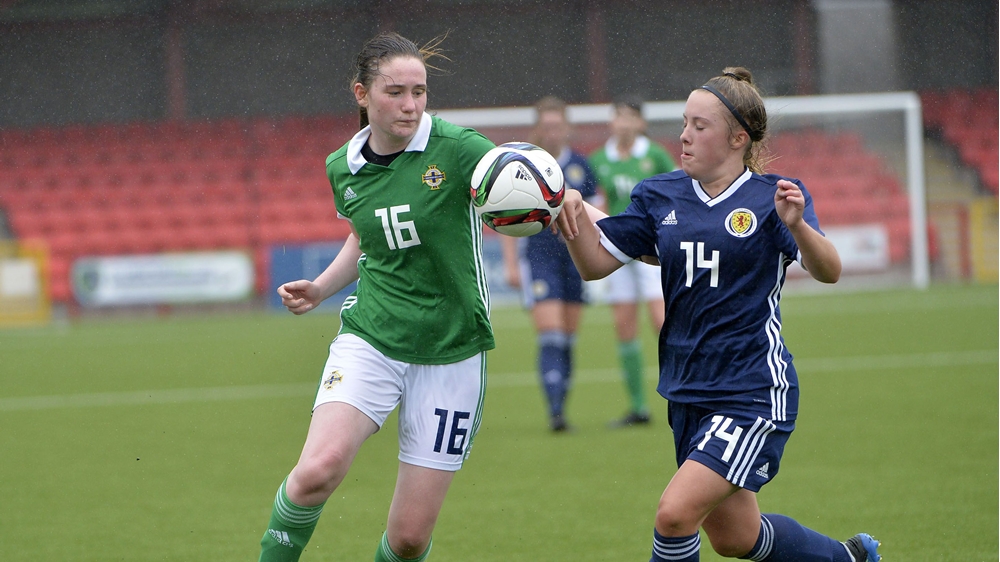 Northern Ireland Women’s U19s are taking part in a qualifying round for the 2020 UEFA European Women’s Under-19 Championship over the next seven days.

Norway, Wales and Moldova will provide the opposition in a mini tournament, with the games being staged across Northern Ireland.

Matchday one sees Alfie Wylie’s side take on Wales at Shamrock Park in Portadown tomorrow (Wednesday 2 October) at 7.30pm, while Norway and Moldova will face each other at Dungannon’s Stangmore Park (2pm).

On Saturday the girls in green and white will lock horns with Moldova at The Showgrounds in Ballymena (7.30pm) and the Norwegians and Welsh will be in action at Shamrock Park (2pm).

WU19s boss Alfie Wylie has chosen a 20-strong panel for the mini tournament and he believes he has assembled a strong squad for the three matches.

His group features several players who have performed on the international stage before – and who also featured regularly in Northern Ireland’s top flight this season, including eight members of the Linfield Ladies squad who won the Danske Bank Women’s Premiership title.

Image: Manchester City Women midfielder Beth Smyth has been included in the Northern Ireland WU19 panel for the mini tournament.