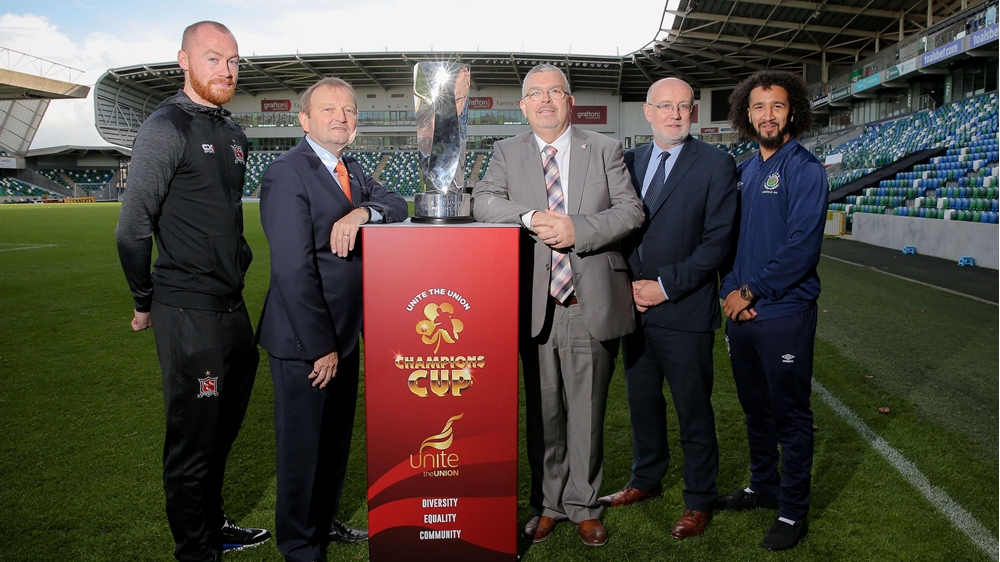 The Unite the union Champions’ Cup was officially launched at the National Football Stadium at Windsor Park today by tournament ambassador Pat Jennings.

He also said he hoped that as well as two exciting sporting fixtures the Champions’ Cup would encourage link-ups between the union and local community and voluntary groups through the medium of sport. A quarter of the funding for the cup is ring-fenced for local and sporting organisations and initiatives.

Over the next three seasons the competition will see the Danske Bank Premiership champions play the winners of the SSE Airtricity League in a two-legged final.

Linfield, reigning champions of Northern Ireland, will take on Airtricity League champions Dundalk this year. The first leg is being staged at Windsor Park on 8 November with the second leg at Dundalk’s Oriel Park on 11 November.

Irish FA President David Martin said: “It’s great to be working with Unite and our friends and neighbours in the FAI on this very worthwhile initiative. The Champions’ Cup is a welcome addition to the football calendar and I’m sure this year’s finalists will be looking forward to what should be two exciting matches.”

Unite’s Jackie Pollock also pointed out: “Everyone in Unite is excited at the prospect of the Champions’ Cup. Football is something that is in the veins of working class people, of their communities. It cuts across divides and brings people together.

“This is a unique initiative, not simply because it brings together the champions on a cross-border basis but because it includes a huge community investment by Unite.

“One quarter of the total funding for this initiative will go to community and voluntary groups at the frontline of delivering much needed services in the respective catchments of the clubs. We are looking forward to developing those connections.”

He said he was particularly proud that footballing great Pat Jennings has agreed to become the ambassador for the Champions’ Cup and endorse the initiative with his name.

The Unite Regional Secretary further pointed out: “There is much that threatens to divide people and communities these days, in Ireland especially with concerns over Brexit. But Unite is seeking to swim against the stream. We want to see what can be done to bring people together.

“We don't ask and indeed we don't want people to leave behind their traditions and histories - we want to accept that but bring people together nonetheless. We must learn to live together.

“We like to think as a union that brings people together from Britain and Ireland, from the Republic and Northern Ireland, Catholic and Protestant, women and men, young and old, those employed in the public and private sectors, as a general workers' union, we have a big role to play in overcoming the divisions of the past. This cup initiative is part of that and it should threaten no-one's identity.”

“So let's come together to celebrate the difference but also to enjoy what we share. I'm looking forward to the two matches. They are sure to be cracking games and at root that’s what this is really about - the football,” Mr Pollock added.

He said: “The return of a cross-border competition is a huge boost for the domestic calendar in Ireland. It has been fantastic to work with the sponsors, Unite the union, on their community initiatives and it should be an intriguing final between Dundalk and Linfield across the two legs."

Unite have signed a three-year deal to sponsor the cross-border tournament with €50,000 set to go to the winners, €25,000 for the runners-up and a further €25,000 ring-fenced for community-based projects in the competing teams’ local areas. 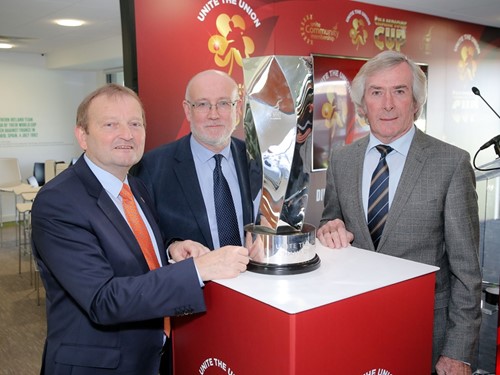 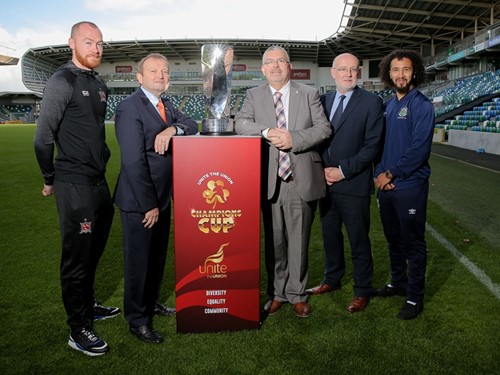 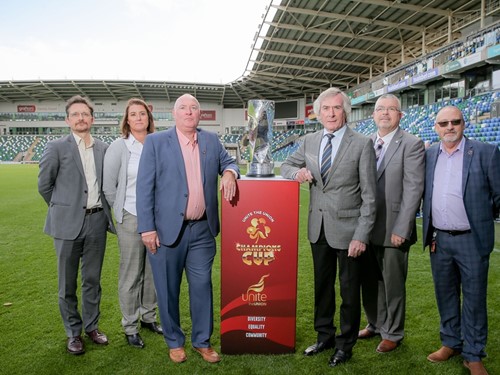 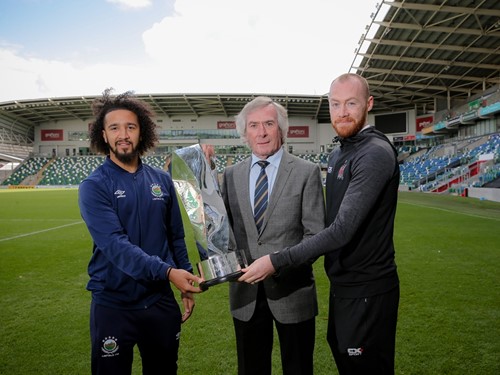 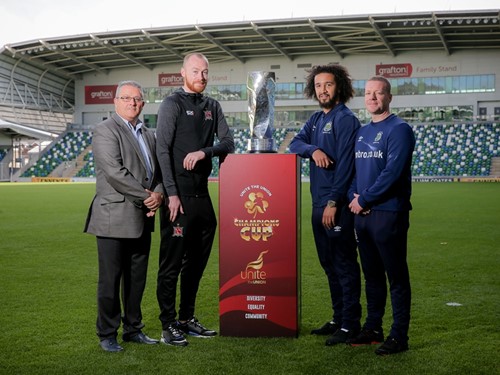 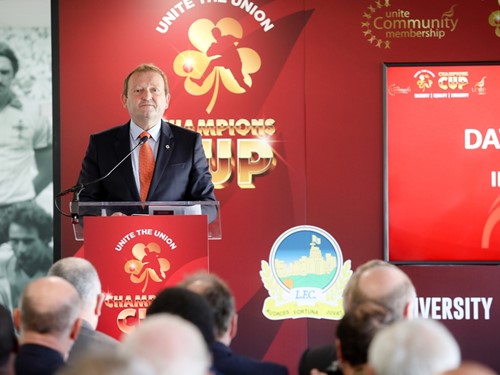 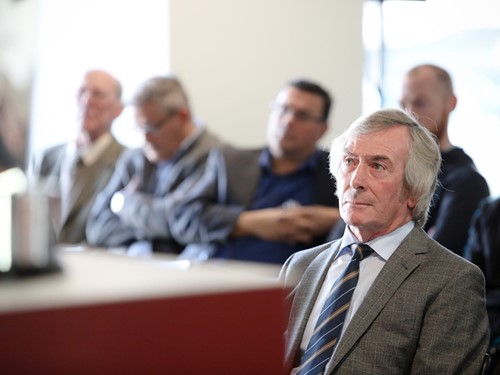 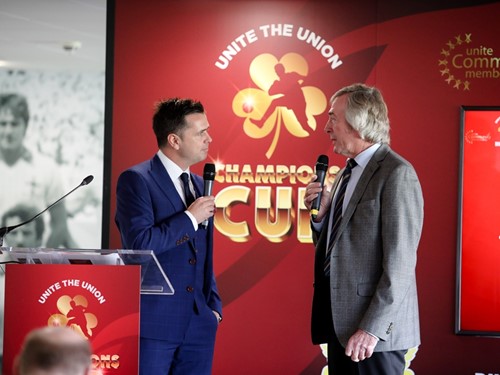 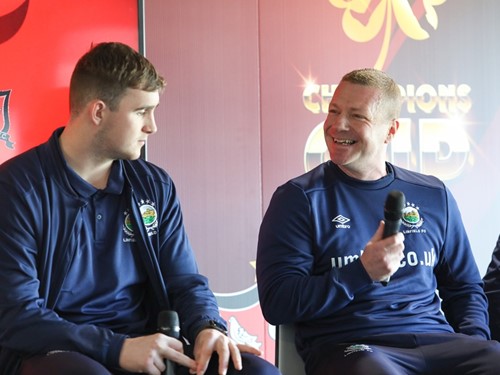 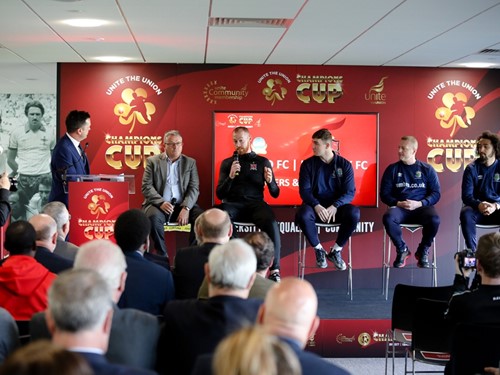 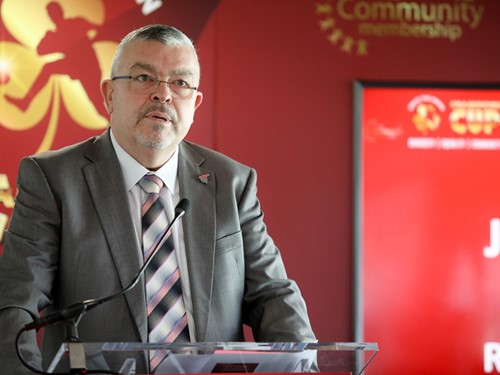