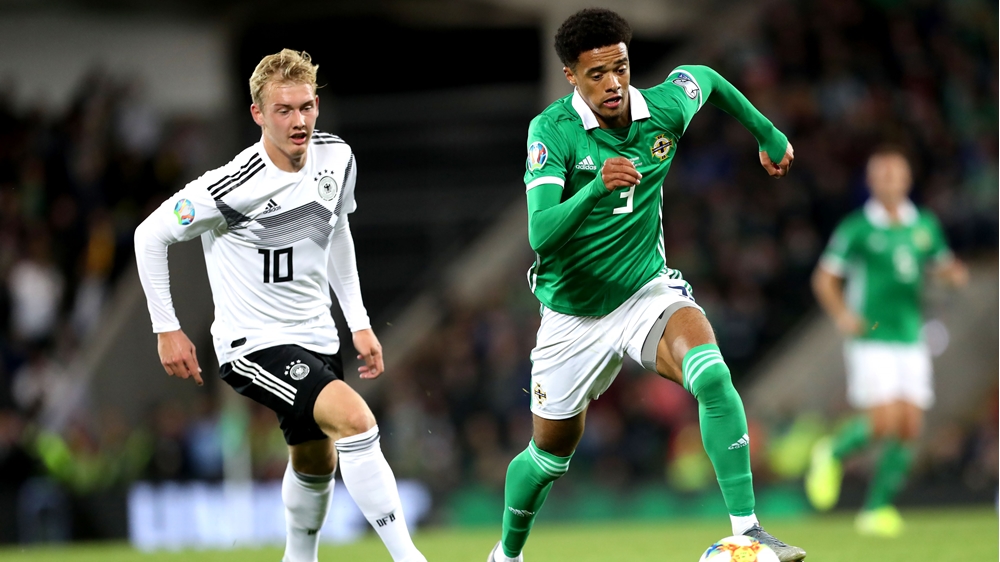 Norwich City defender Jamal Lewis has been ruled out of Northern Ireland’s forthcoming Euro 2020 qualifier against Netherlands and the challenge match against Czech Republic.

His withdrawal from Michael O’Neill’s squad is due to a knee injury which he picked up during Norwich’s defeat to Aston Villa on Saturday.

Lewis, who has 11 caps for his country, was named in the senior men’s panel last week despite picking up an elbow injury in the Premier League defeat to Crystal Palace the previous weekend.

However, the 21-year-old’s fresh injury has now ruled him out of both games.

In a statement his club said: “Norwich City left-back Jamal Lewis has been forced to withdraw from the Northern Ireland squad for their upcoming UEFA EURO 2020 qualifier with a knee injury.

“The 21-year old picked up the issue during Saturday's defeat to Aston Villa at Carrow Road.

“He will be assessed by the club's medical team over the course of the upcoming international break and will therefore miss Northern Ireland's qualifier against the Netherlands and friendly versus Czech Republic.”

The defender’s withdrawal means Northern Ireland manager Michael O’Neill now has a 24-strong panel for the games in Rotterdam on 10 October and Prague on 14 October. It is understood there are no plans to call in a replacement.