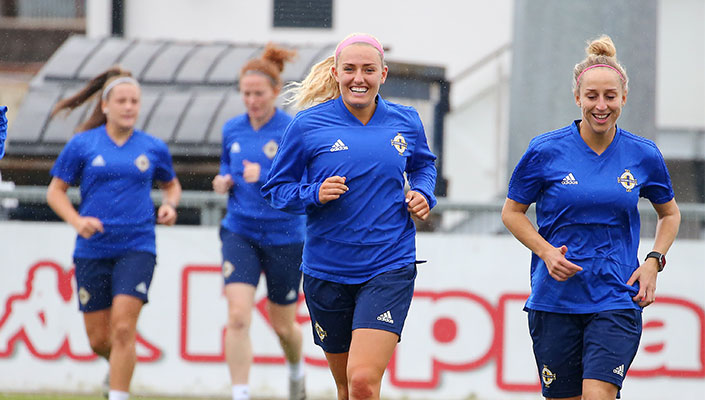 With no qualifiers in October, the squad will meet instead for a training camp from Saturday 6 October to Tuesday 9 October.

There are call-ups for former Under 19 Internationals Louise McDaniel and Abbie Magee with McDaniel recently joining FA Women's Championship side Blackburn Rovers Ladies.

Goalkeeper Kathryn Connery is also a new face in the squad with Glentoran Women midfielder Sam Kelly getting the chance to impress the new boss for the first time after being in previous international squads.

The Senior Women started their UEFA Euro 2021 qualifiers with a defeat to Norway before an Ashley Hutton header in stoppage time earned them a 2-2 against Wales in Newport.

Shiels side will next travel to Norway in their UEFA Euro 2021 qualifiers on Friday 8 November before welcoming Wales to Seaview on Tuesday 12 November.

The full squad for the training camp is as follows: