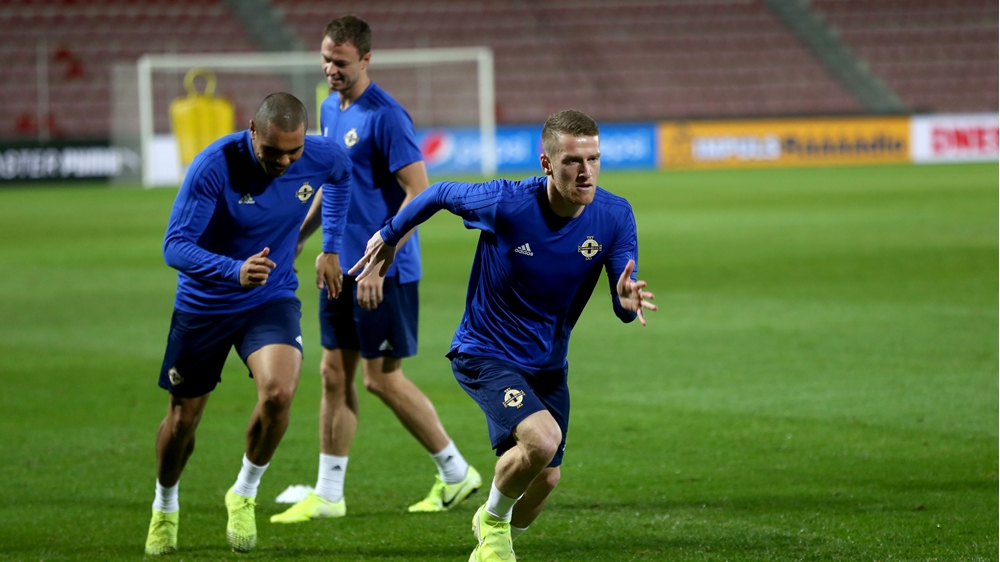 Northern Ireland boss Michael O’Neill is not expected to make wholesale changes to his team when they take on Czech Republic in a challenge match in Prague this evening.

The senior men’s team manager said he will freshen things up following the cruel 3-1 defeat to Netherlands in a Euro 2020 qualifier on Thursday.

But he also hinted he will stick with experienced players in the spine of the side against a Czech squad still buzzing following their 2-1 victory over England in a Euro qualifier in Prague on Friday.

He told media last night that he was impressed by the organisation and determination of the Czech players against England. And he also said they were a strong side.

“We very impressed by what we saw in the game on Friday night,” he revealed, adding that he expects this evening’s game to be “a stiff test for us”.

I don’t think we deserved to lose against the Dutch it but we have to accept it, move on and make sure we do well against the Czechs to be ready for November

The Northern Ireland boss also reflected on his team’s defeat in Rotterdam, especially on the second goal in the first minute of stoppage time.

He said: “The nature of how we lost, not only the timing but the nature of the goal, it was a very fortunate goal for (Luuk) De Jong, to get a second opportunity and put the ball in the net when he mishit his first touch… it was very cruel.

“I don’t think we deserved it but we have to accept it, move on and make sure we do well in the game (against the Czechs) to be ready for November.”

O’Neill’s charges will no doubt be keen to bounce back with a solid performance following the heartbreaking defeat in Netherlands.

The Northern Ireland manager hinted that he may tinker with formations during the 90 minutes against the Czechs at the Generali Arena, home of Sparta Prague (6pm start).

And he also revealed his staff and the players went out for dinner in Rotterdam on Friday night and that had helped to lift the mood following the match against the Dutch.