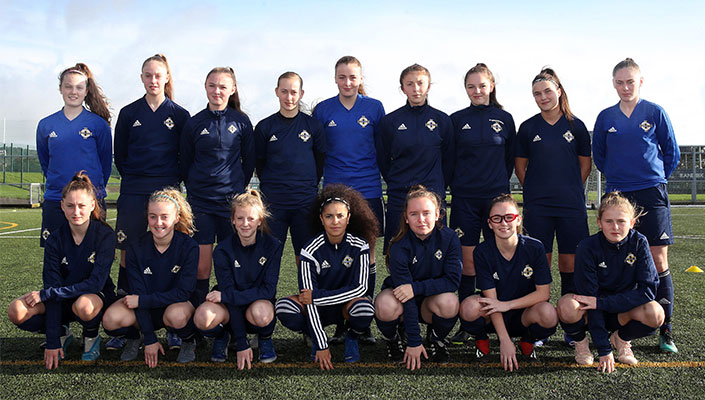 Northern Ireland Women’s U17s will be competing in three Euro qualifiers in Scotland over the next seven days.

Alfie Wylie’s side are taking part in a mini tournament as part of the qualifying round for the 2020 UEFA European Women’s Under-17 Championship.

Next up for the Northern Ireland girls is a match against Italy’s WU17s on Thursday, while their final game in the mini tournament is versus Montenegro on Sunday. All games are being played at the Oriam complex.