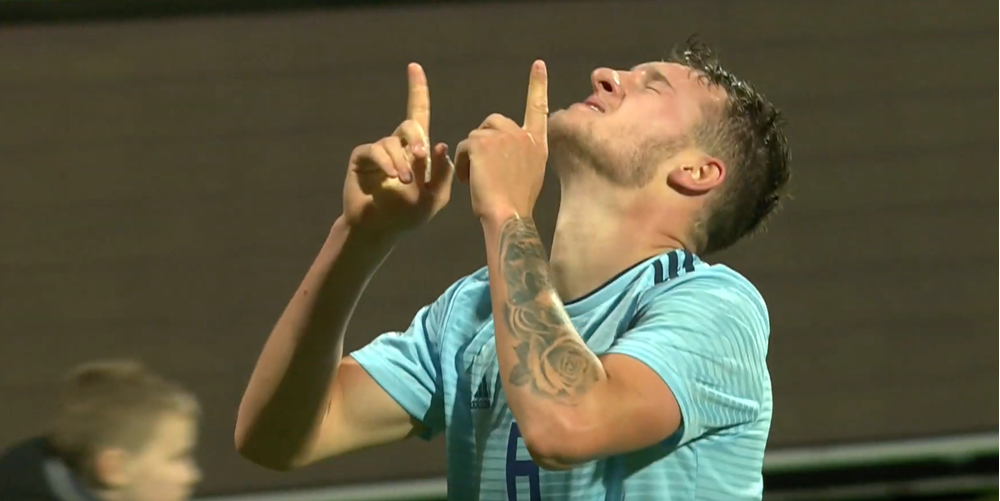 Northern Ireland U21s were hit by a sucker punch as they lost out 2-1 to Denmark U21s in Aalborg this evening.

Ian Baraclough’s side looked to be heading for a deserved draw when Danish substitute Jens Odgaard popped up with a spectacular winner in the 86th minute.

It was Northern Ireland’s third game in 2021 U21 Euros qualifiers and their first defeat in Group B.

U21s boss Ian Baraclough brought a handful of new faces into his panel for the game in Denmark, however his starting line-up featured several familiar faces.

Northern Ireland midfielder Shea Gordon had the first decent chance of the match, however he screwed his shot wide of the target.

Denmark took the lead on 30 minutes through defender Andreas Poulsen. Jacob Bruun Larsen fired in a corner which was met by Poulsen. Northern Ireland keeper Conor Hazard got a hand to his wicked volley and tipped the ball on to the bar, however it dropped behind the line.

As the half drew to a close Bruun Larsen drilled a free-kick inches wide and then Hazard produced a fine stop from a Nikolai Laursen effort before Poulsen’s header from a corner drifted past an upright.

It was pretty even in the first half with defences on top but at the start of the second half the game opened up.

Bruun Larsen missed the target before a David Parkhouse drive was saved by Danish goalkeeper Oliver Christensen and Laursen fluffed an opportunity for the Danes.

On 56 minutes the boys in green and white levelled the scores. Alfie McCalmont played in Jake Dunwoody and the midfielder coolly slotted the ball into the bottom corner of the net. It was his first goal for the U21s.

Following a spate of yellow cards Bruun Larsen blasted a shot wide in the 68thminute before Hazard saved an effort from Odgaard.

But the substitute striker was not to be denied in the 86thminute as he sealed the win with a superb overhead kick.

Right at the end, deep into stoppage time, McCalmont missed a half-chance and then Ali McCann had an effort saved but the Danes held out for the win.

The result means the U21s have two points from their three qualifiers to date.

Baraclough’s boys began their campaign with a home 0-0 draw against Malta and a 1-1 draw with Finland (away) last month.

Their next assignment is on Monday (14 October) when they take on Romania at the Anghel Iordanescu Stadium in Voluntari.

Denmark U21 v Northern Ireland U21 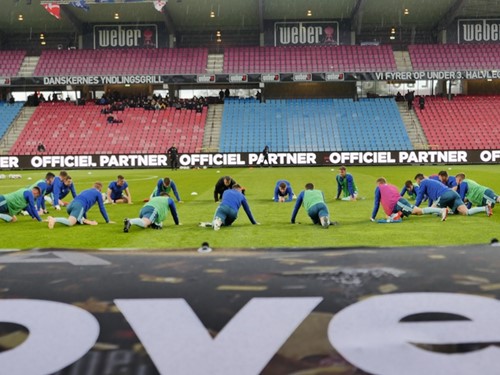 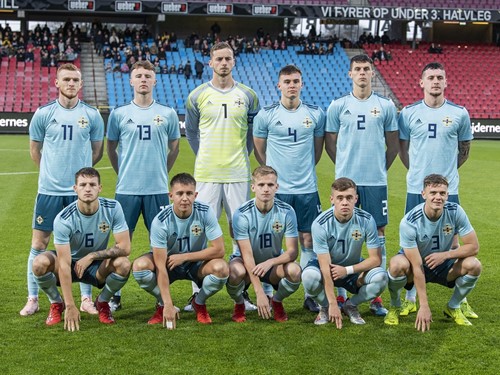 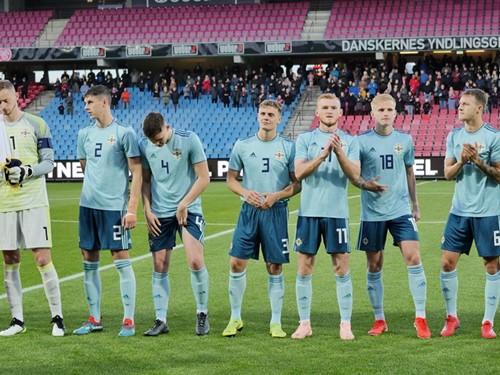 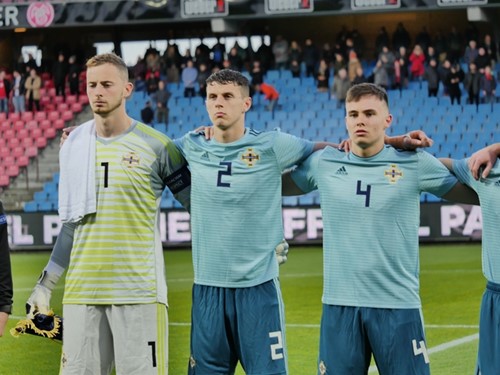 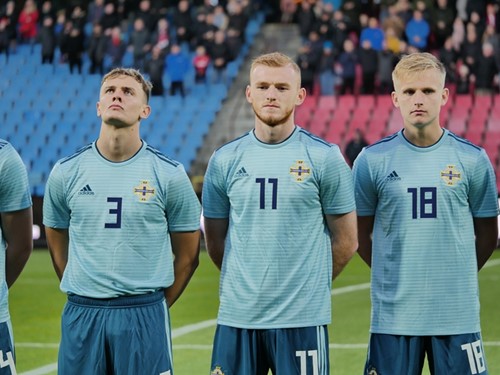 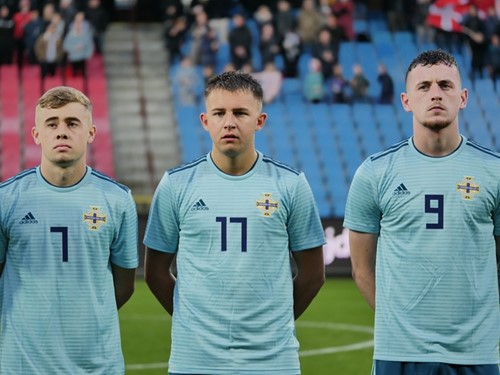 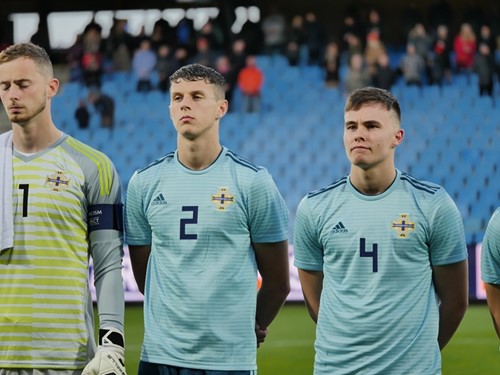 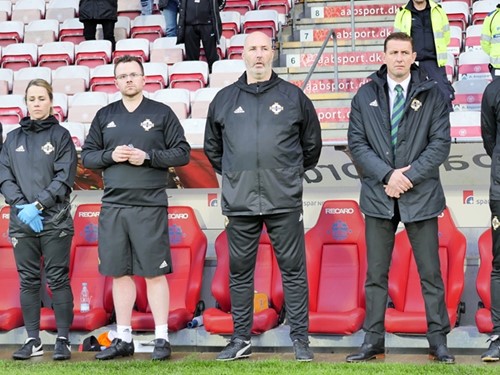 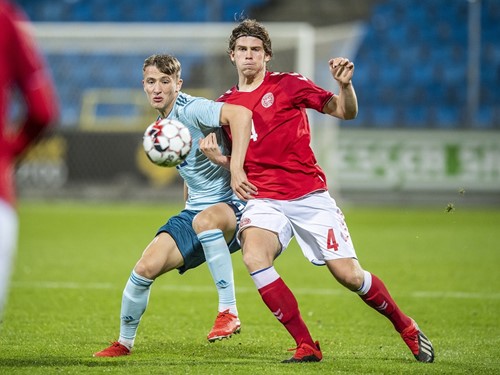 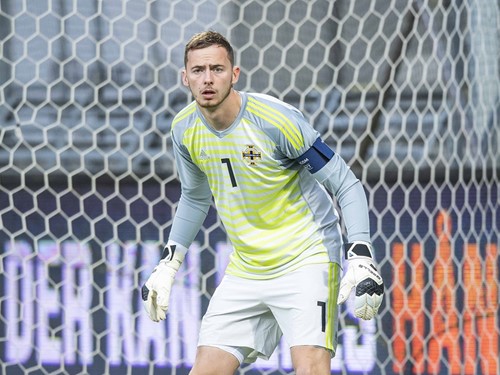 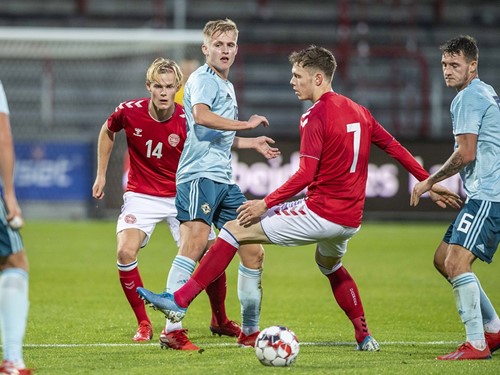 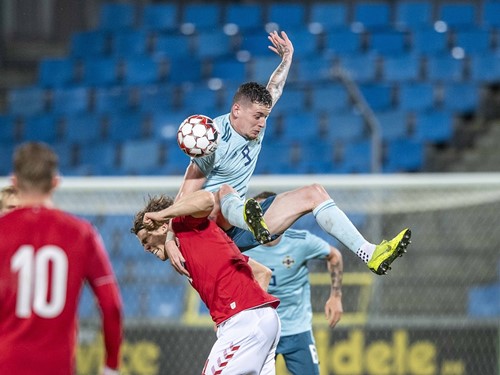