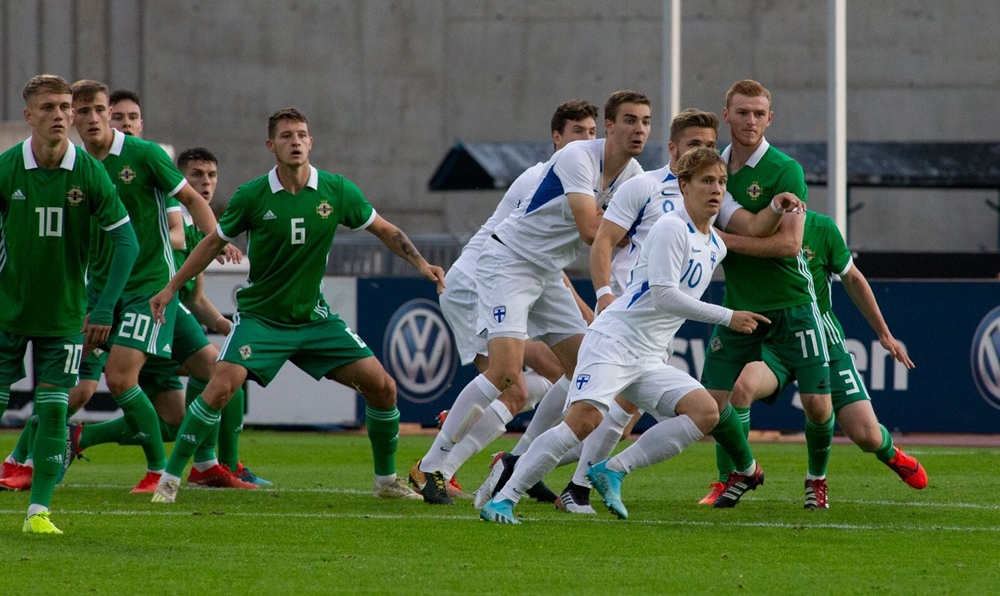 Northern Ireland earned a point in Finland as they continued their bid to reach the Men’s U21 European Championship finals in 2021.

Ian Baraclough’s U21s deserved at least a share of the spoils as they registered a 1-1 draw against the Finns in Oulu.

However, they were put under early pressure by Finland, who began their qualification campaign in Group 8 with an impressive 2-0 away win against Ukraine.

Northern Ireland had a disappointing start in the group with a 0-0 home draw against Malta last Friday night and they laboured during the opening exchanges with the Finns.

U21s goalkeeper and captain Conor Hazard blocked an effort from Benjamin Kallman after two minutes, and just two minutes later Finland went ahead. Saku Ylatupa's shot was parried by Hazard to the feet of Onni Valakari and he steered the ball home.

The hosts continued to play on the front foot and Kallman forced another good save from Hazard on 25 minutes.

At that stage Northern Ireland upped the tempo and midfielder Jake Dunwoody hit the woodwork with a rasping drive from a free-kick, awarded after Alfie McCalmont was fouled.

The boys in green and white levelled the game in the 35thminute through Lewis Thompson. Ethan Galbraith's shot was pushed away by Finnish keeper William Jaaskelainen and Thompson pounced on the loose ball to steer it into the net.

As the break approached Baraclough’s boys piled on the pressure. Lewis McCann had a shot blocked, while McCalmont was just off target with two efforts.

Kyle McClean replaced Thompson at half-time and within minutes he forced the Finnish keeper to make a decent stop.

Down the other end Hazard blocked a Ylatupa strike before Dunwoody had another effort blocked and Boyd-Munce steered a shot wide and had another saved in quick succession.

Regular striker David Parkhouse did not make the trip to Finland due to illness and his replacement up front, Lewis McCann, flashed a header wide close to the hour mark.

Dunwoody had another shot saved by Jaaskelainen, son of former Bolton Wanderers keeper Jussi, on 64 minutes before substitute Tobias Fagerstrom missed the target for the Finns.

In the 76th minute striker Callum Ferris, stepping up from the U19s, made his U21s debut when he replaced Lewis McCann.

Seven minutes later Dunwoody’s attempt on goal was neatly saved by the Finnish keeper and then Valakari missed a great opportunity for the hosts, who are now top of Group 8.

In the closing stages McCalmont dragged a shot wide of the target and that was the last meaningful action of the game.

Northern Ireland remain unbeaten in the group following their two draws to date. Next up for the U21s are two away trips next month - they will play Denmark and Romania - before a home game against Romania in November. They will not face the other team in the group, Ukraine, until March 2020.

Image: Lewis Thompson was on target for Northern Ireland’s U21s in Finland. 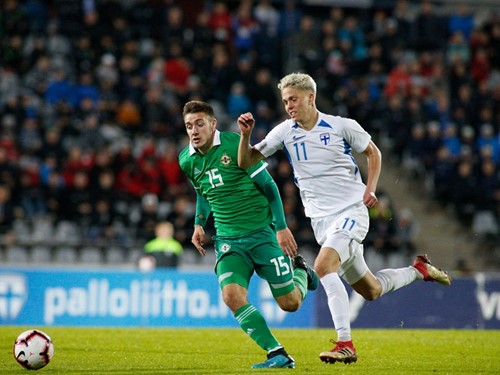 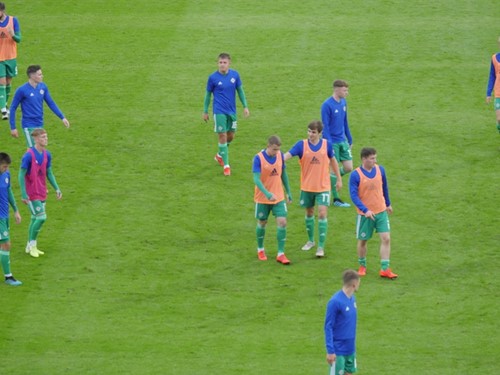 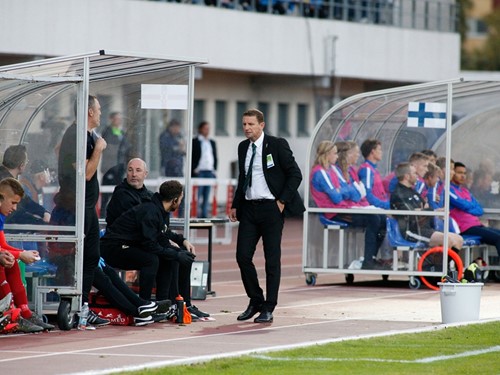 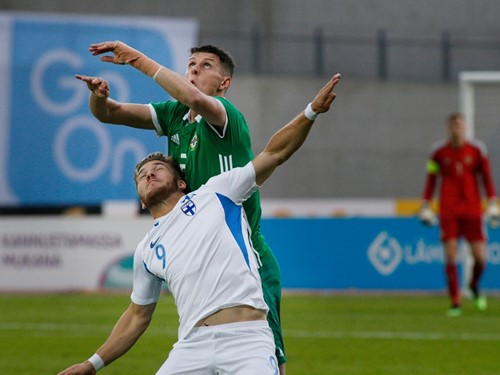 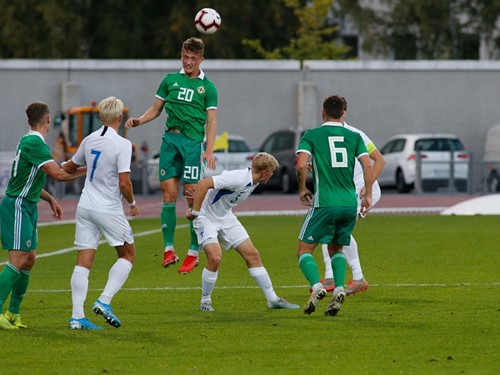 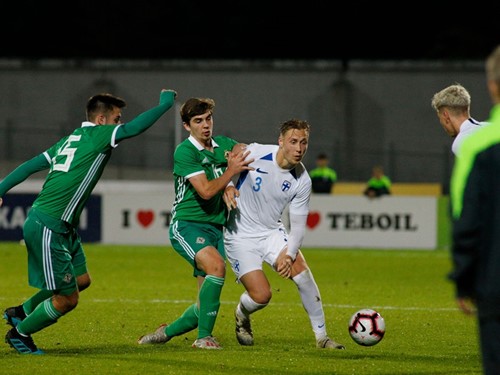 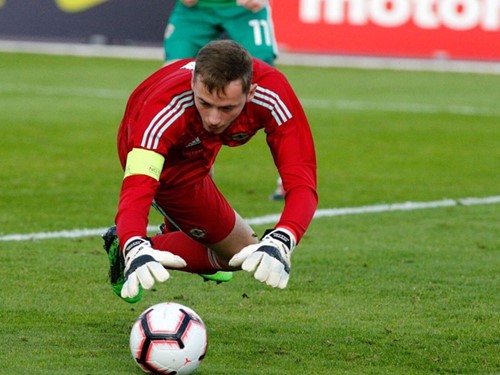 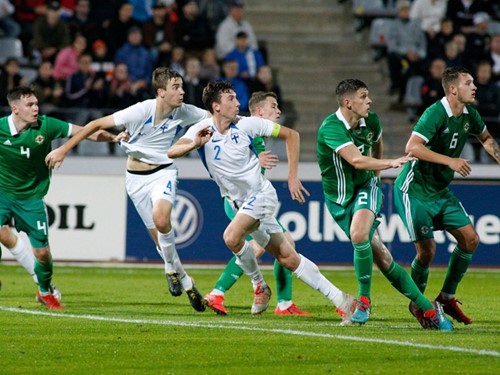 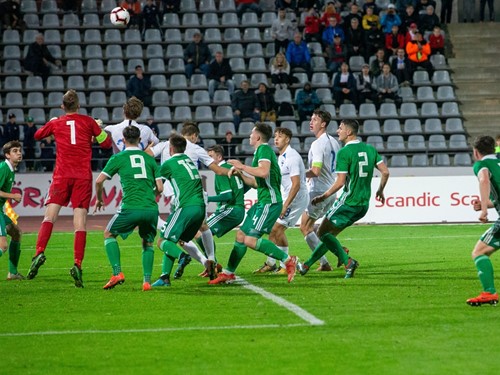 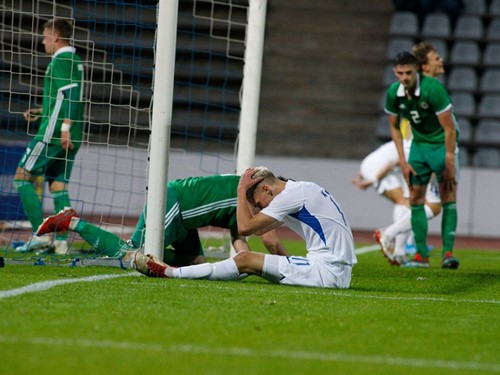 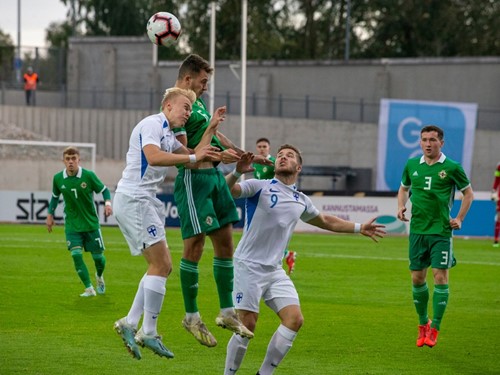 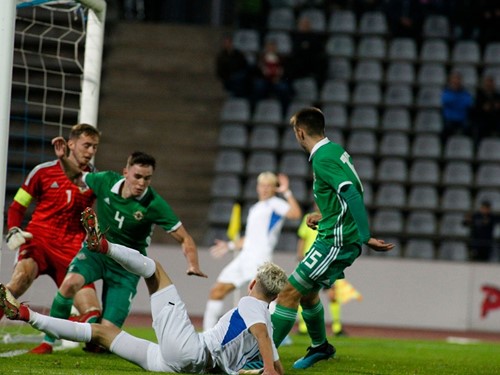 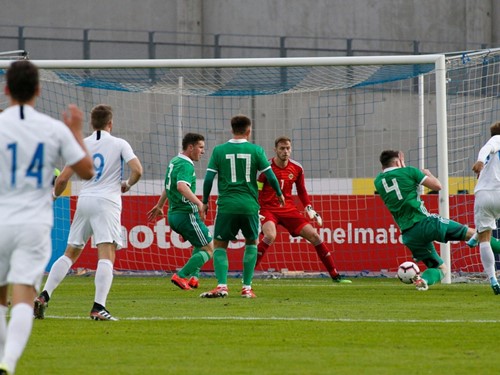 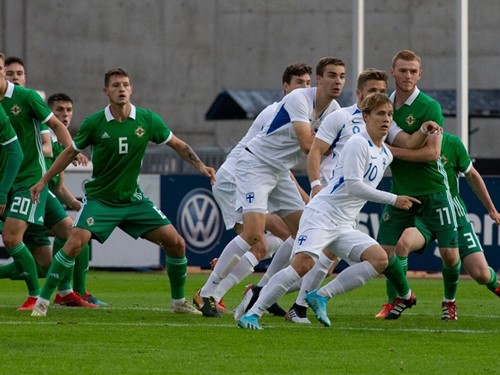 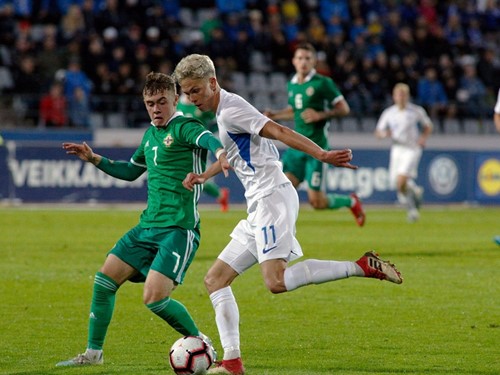 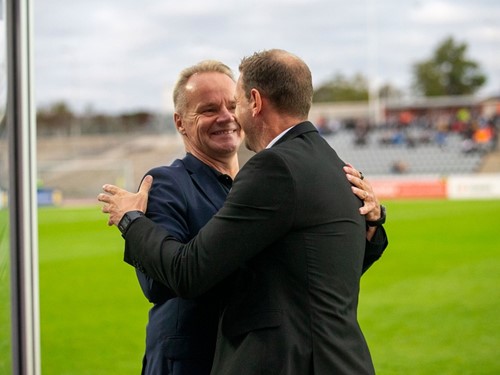 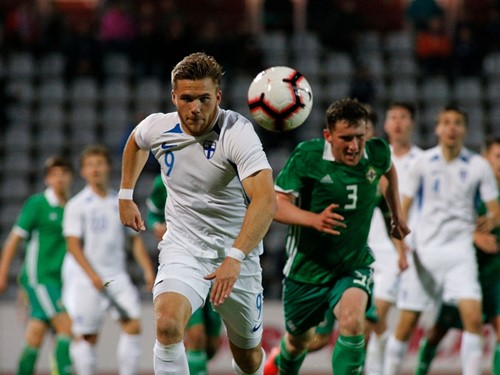 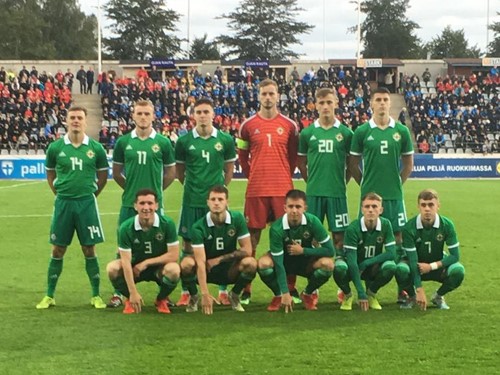