BATW | Donnelly chalks up eighth goal of campaign for Motherwell 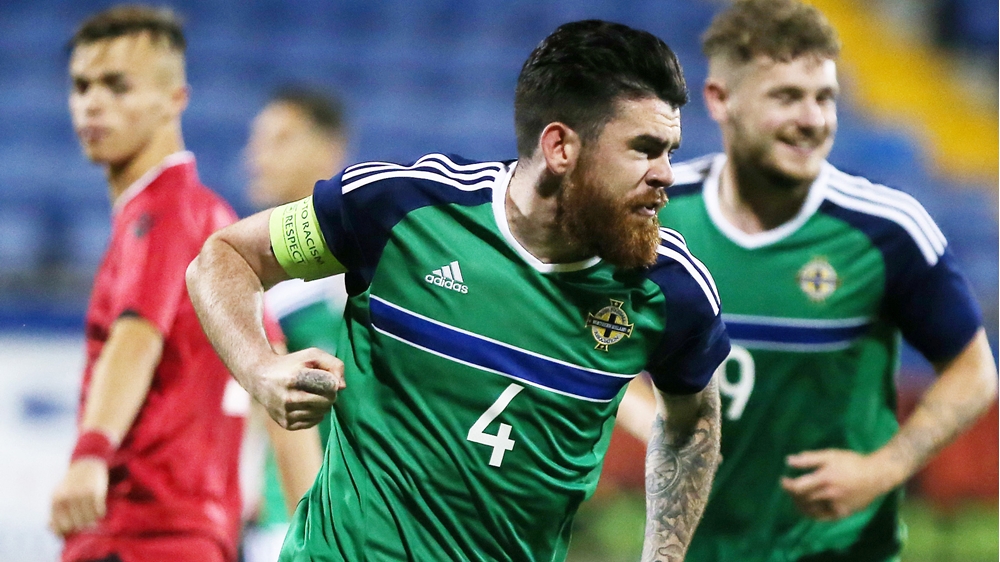 Liam Donnelly’s magnificent start to the new season continued when he chalked up his eighth goal of the campaign as Motherwell recorded a 3-0 win over Hibernian at Fir Park at the weekend.

The 23-year-old, who was recalled to the Northern Ireland squad by Michael O’Neill last week after an absence of five years, struck home his third penalty of the campaign as Stephen Robinson’s side made it back-to-back Premiership wins.

However, there was disappointing news on the injury front for the Northern Ireland boss with both Liam Boyceand Jordan Jones both picking up injuries for their respective clubs.

Boyce, who scored his first hat-trick for Burton Albion last week, was substituted 18 minutes from the end of the Brewers’ 2-0 home success over Bristol Rovers after sustaining a hamstring injury.

“Liam did his hamstring, so there was no chance of him continuing,” Burton boss Nigel Clough told the club website.

“I don't know how long he’ll be out for, we’ll get him scanned. But it will be a few weeks, I’d have thought.”

The 24-year-old, who has been in tremendous form for Rangers this term, injured himself following a rash challenge on Celtic debutant Moritz Bauer which earned him a straight red-card.

Also an injury concern ahead of the upcoming matches against Luxembourg and Germany is right-back Michael Smith who was absent from the Hearts squad which could only draw 2-2 at home with Hamilton Academicals on Saturday.

“Michael’s had quite a few muscle injuries so he’s quite good at recognising where he is in his recovery,” stated Hearts manager Craig Levein.

“I didn’t think he’d make this game but I thought he’d definitely be available for the Motherwell game in a couple of week’s time.”

Back on the goalscoring front, striker Caolan Lavery hit his third of the season as Walsall fell to a 3-1 home defeat to Grimsby Town in League Two while Callum Camps was on target for the fourth time this season as Rochdale’s trip to Southend United ended in a 3-0 win.

Partick Thistle midfielder Shea Gordon, who is in the Northern Ireland under-21 panel for the upcoming matches with Malta and Finland, was also on the scoresheet in the Jags 3-2 reverse to Ayr United on Saturday.

His joy was short-lived though as just a minute after giving the home side the lead he was dismissed for a late tackle on Ayr’s Luke McCowen.

Striker Josh Magennis’ first league start for Hull City also turned sour when he was shown a second yellow card in injury time of the Tigers' 1-1 draw at home with Millwall.

Finally, debutant Kyle Lafferty endured a miserable afternoon after he was sent-off in his first start for his new club Sarpsborg 08 in their home draw with Viking yesterday.

The 31-year-old Fermanagh went into the referee’s notebook just 15 seconds into the game and he then picked up a second yellow for a foul with 22 minutes remaining.