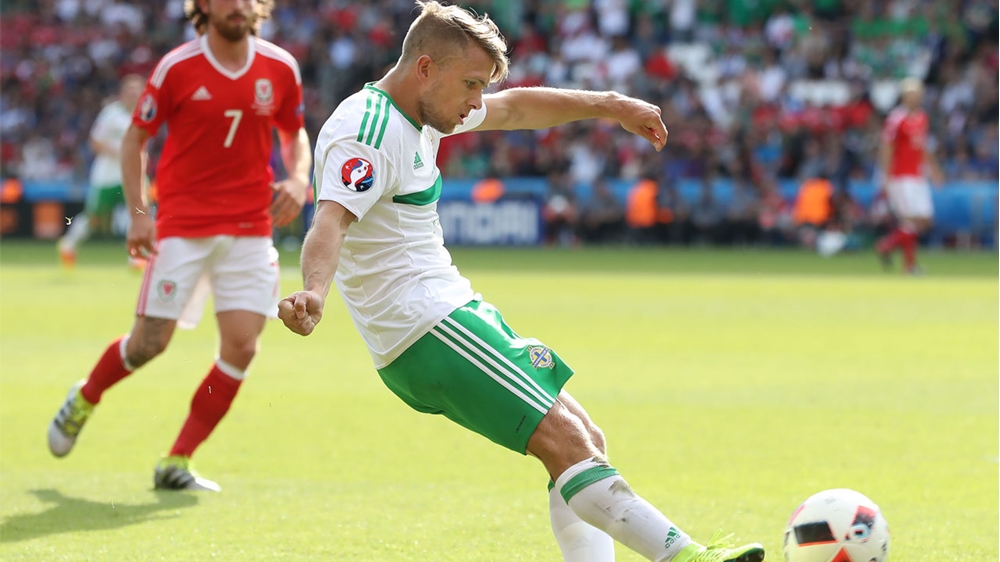 The 33-year-old forward, who had been without a club since being released by Nottingham Forest at the end of last season, admits he is keen to get back playing football.

“Obviously, I’m delighted to join the club,” he told the Scunthorpe United website. “I need to start playing football again, first and foremost.

“I’ve joined a good club, I know a few of the lads and they’ve spoke highly of the club.

“It suits both parties. I’ve not played much in the last 12 months or so. I’ve got to hit the ground running, work hard and see what happens in January.

“It’s all about hard work and that’s what comes with my game naturally anyhow.”

Irons boss Paul Hurst was equally delighted to have landed the experienced former Aston Villa player who has won 35 caps and scored four goals for his adopted country.

“We’re pleased we have another attacking option” said Hurst. “Jamie gives us flexibility and can play anywhere across the front four positions.

“Having trained with us for a few days, and watched him, we had a good chat and were close to doing something before last weekend, though it took a little bit longer but we’re pleased to have him on board now.

“He’s shown really good quality and I know what his attitude is like,” added Hurst. “He wears his heart on his sleeve and fans can see what he’s about.”

Ward, who last played for Northern Ireland in the friendly against the Republic of Ireland last November, could be in line to make his debut for the Irons against Bradford City this weekend.

“Starting may be a big ask, but we’ll see,” said Hurst. “He’s itching and ready to go. He has admitted himself that he won’t be the fittest he can be, but in three or four weeks certainly.

“He’s definitely in a shape where he can contribute now though. We’ll get through training on Friday and then make a decision on what we do.”