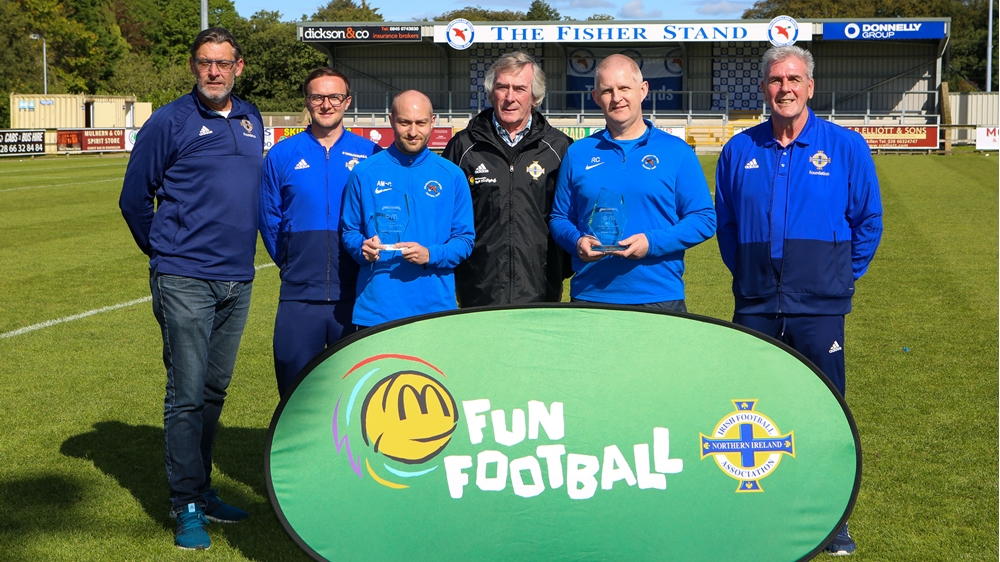 A host of clubs and individuals from across Northern Ireland have been honoured with McDonald’s Irish FA Regional Awards for their contribution to local grassroots football.

From Belfast to Ballinamallard, Loughgall to Lisburn, Antrim to Derry City then on to sunny Bangor, the 2019 Regional Awards tour took in the length and breadth of Northern Ireland, meeting with the exceptional people who make the game tick on a weekly basis.

The awards, now in their 18th year, recognise the incredible work and commitment of football clubs and volunteers within grassroots football, who give up their time to enable the local game to flourish and grow across Northern Ireland.

Special guest on the tour was McDonald’s NI football ambassador Pat Jennings, who is a longstanding champion for the stars of grassroots football in Northern Ireland.

Already 2019 has been a huge year of fun footballing activity for both McDonald’s and the Irish FA, with the largest ever number of nominations for the awards, underlining the growing talent, commitment and participation within the grassroots game in Northern Ireland.

The worthy regional winners will now go forward to the prestigious national awards ceremony which is set to take place on 6 November at Belfast City Hall. More than 200 guests will be there to celebrate and recognise the amazing work being conducted week in, week out across six regional and national award categories.

McDonald’s, who are now the longest-standing supporter of football in the UK have helped thousands of clubs in Northern Ireland, England, Scotland and Wales to improve facilities and structures. The annual awards provide a fitting platform for the tireless efforts of the unsung heroes of the game at a grassroots level.

Northern Ireland’s record cap holder Pat Jennings said: “Every year the McDonald’s IFA Grassroots awards get bigger and better with the game growing in every possible way across Northern Ireland. It’s a pleasure to be able to see first-hand the work and effort which goes into introducing children to the game, developing players and maintaining grounds and facilities.

"Grassroots is such an essential part of football, and without the dedication and hard work from volunteers, young players wouldn’t be able to experience the game as they do now."

He added: "Well done to all those who have won the 2019 regional awards and for all those hundreds of others who do so much to allow all children the opportunity to play football in a fun and engaging environment.”

The McDonald’s IFA Grassroots Awards seek to honour and recognise inclusivity and participation, both of which are key facets of the McDonald’s IFA four-year partnership which will run until 2022.

The McDonald’s IFA grassroots partnership continues to champion those who enable children and young adults to play and enjoy football regardless of gender or disability. Through ‘turn up and play’ coaching sessions and more Fun Football Festivals than ever before, McDonald’s will provide thousands of children with the opportunity to try football for the first time.

Regional Club of the Year 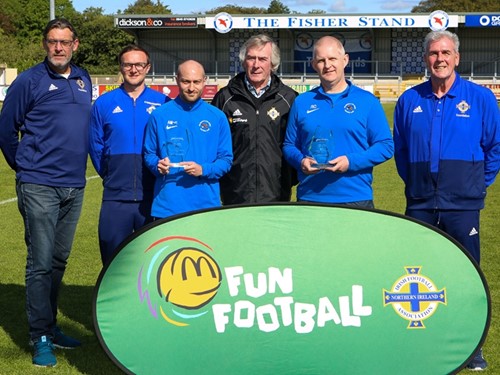 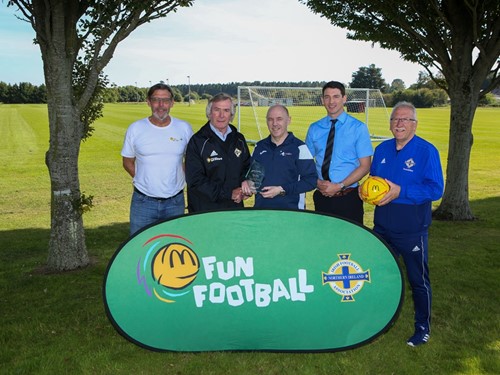 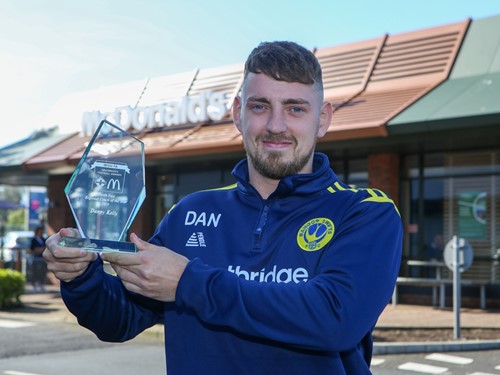 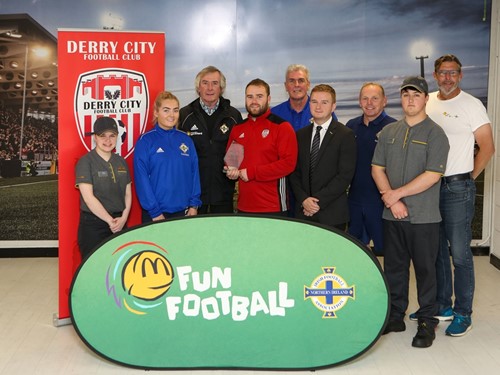