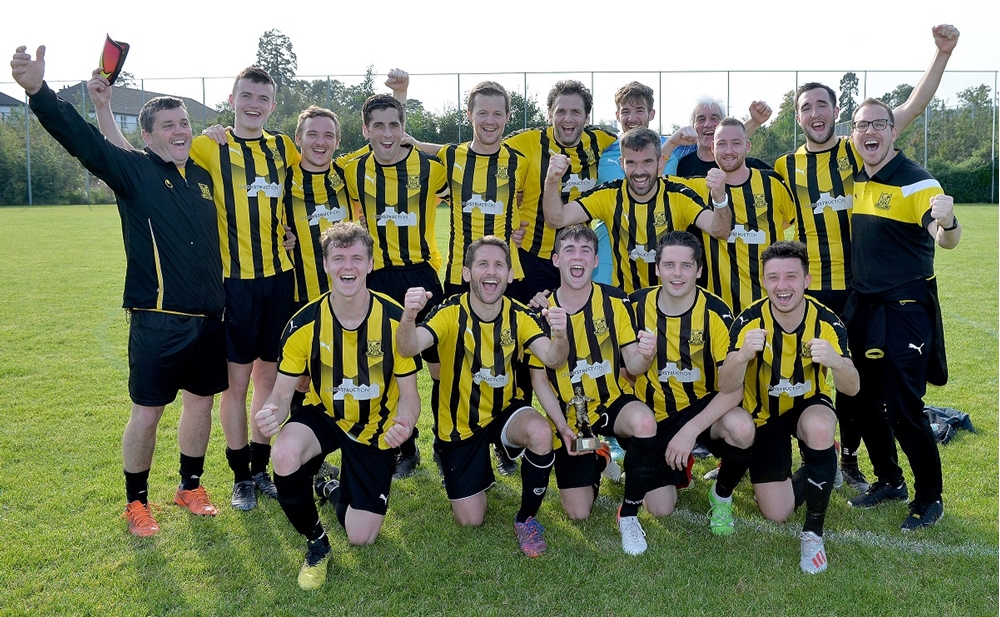 Caledon Rovers progressed to the next round of the fonaCAB Junior Cup after twice coming from behind away to Tullymore Swifts to eventually win in extra-time.

The first round 'Tie of the Round' got off to a brisk start with both sides probing for openings and enjoying periods of possession.

Tullymore keeper John Bloomer was called into action on 13 minutes to produce a one-handed save whilst, at the other end, his opposite number Joel Little watched as a dangerous looking effort whistled just over.

The deadlock was broken eight minutes from the break in Tullymore's favour when Sean Hawkins found the net with a close-range finish.

It proved to be a short lived advantage, however, when Philip Caddoo was given space inside the box to level for Caledon.

The second half was much the same as the first with both sides pushing for goal.

However, it took until the 85th minute for either side to seize the advantage when Tullymore's Terry Cavanagh latched onto a goalline clearance to calmly slot home the rebound.

Tullymore thought they had done enough to go through but, five minutes into stoppage time, substitute Matthew Willis scrambled Caledon's equaliser through a crowded goalmouth.

Buoyed by this late reprieve, Caledon went onto clinch victory four minutes into the second period of the extra-time when Caddoo bagged his second goal of the game after sweeping through the Tullymore defence and calmly finishing at the base of the far post.

There was no way back for Tullymore despite their best efforts at grabbing an equaliser.