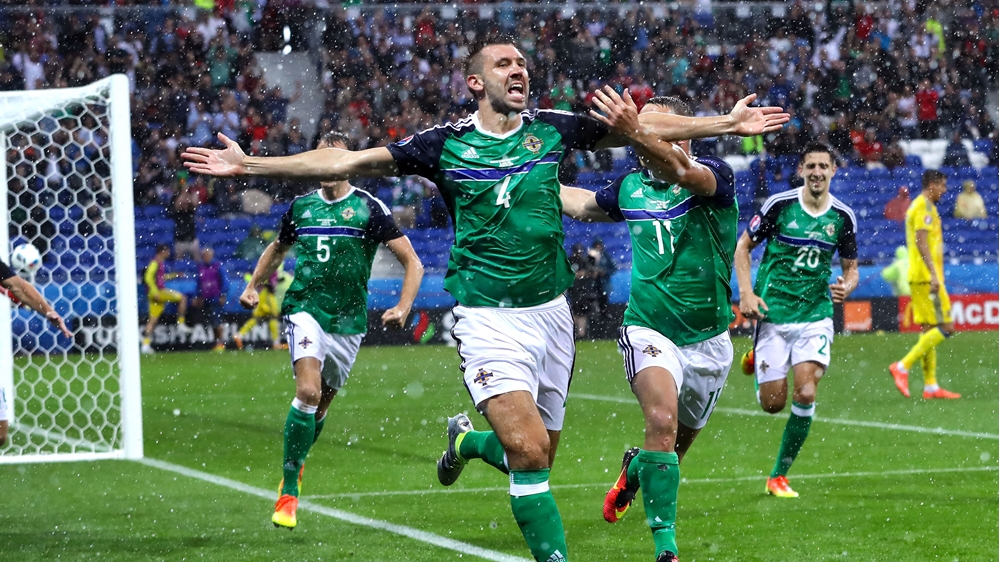 The towering defender, who won 80 caps and scored nine goals in an international career that spanned 14 years, said he ‘enjoyed every second’ of playing for his country and said he will be ‘forever thankful’ for the support he was given by the fans.

You can read the Larne man’s statement in full below:

A lot of people have been asking me what my plans are since the summer, so I thought it was time to publicly state I’ve decided to retire from playing.

I knew last season was going to be my 23rd and final year as a player and I know I’m hanging up my boots for the final time at the right time.

It was the green shirt of Northern Ireland which filled me bursting with pride.

From the second I first kicked a ball it was always about the love of the game and a desire to win followed.

I pride myself on getting everything possible out of my career and I’m proud to have played with – and against – some the best players in Northern Ireland, England and Scotland as well as representing my country for 14 years.

I could never have imagined what my career would become when I played for Lisburn Youth as a boy.

It’s been a dream, a privilege and an honour to represent so many great clubs and work under managers and coaches who helped mould my career.

After leaving Linfield and moving from Crusaders to Coleraine, the hope of playing at a higher level and for my country was the ultimate goal but what followed is something I’m extremely proud of.

From Lincoln to Leicester City, to Ipswich and then West Bromwich Albion, I fulfilled my ambition of playing in the Premier League.

I worked as hard in training every day as I did on match day to make sure I got the most out of my playing career.

The final move was also a very special moment; signing for Rangers, the club I supported as a boy. To pull on that blue shirt meant the world to me. But it was the green shirt of Northern Ireland which filled me bursting with pride.

It was always easy for many years but when success came it made it all the sweeter, not just for me, the players and the staff but also the fans who have supported us through good times and bad.

To play 80 times for my country and score nine goals, I enjoyed every second I wore the Northern Ireland shirt and will be forever thankful for the support I was given.

Now I’m looking forward to spending time with my wife Fran, my son Bobby and daughter Alexis, and enjoying some of the things I’ve missed out on down the years.