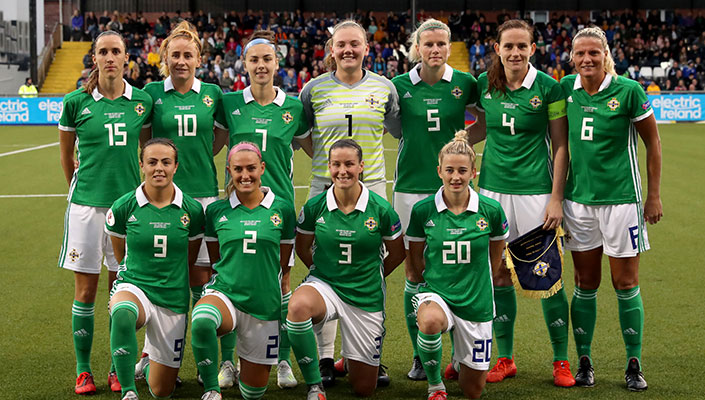 Our Senior Women will be looking to right the wrongs of their opening Euro 2021 qualifying defeat to Norway as they take on Wales in Newport later today.

Kenny Shiels' first game in charge ended in a 6-0 defeat to World Cup quarter-finalists Norway with the manager admitting they gifted the opposition four goals by 'trying to do things the right thing'.

The manager has brought a new approach to the side and with Norway being only his first competitive game in charge, it will take time for his team to settle into the new style.

Shiels encouraged his side after the game by telling them that they'll only improve by being brave with the ball so tonight against Wales, it is certain the manager will not change his approach.

However, Wales come into tonight's game off the back off a 6-0 away win of their own against the Faroe Islands in their opening UEFA Euro 2021 Group C Qualifier.

A hat-trick from Reading Women's midfielder Natasha Harding helped them on their way to victory to sit joint top of Group C.

You can keep up to date with the game, which kicks off at 7.05pm, by following our Northern Ireland social media channels or watch the game live on the BBC Sport Website from 7pm.