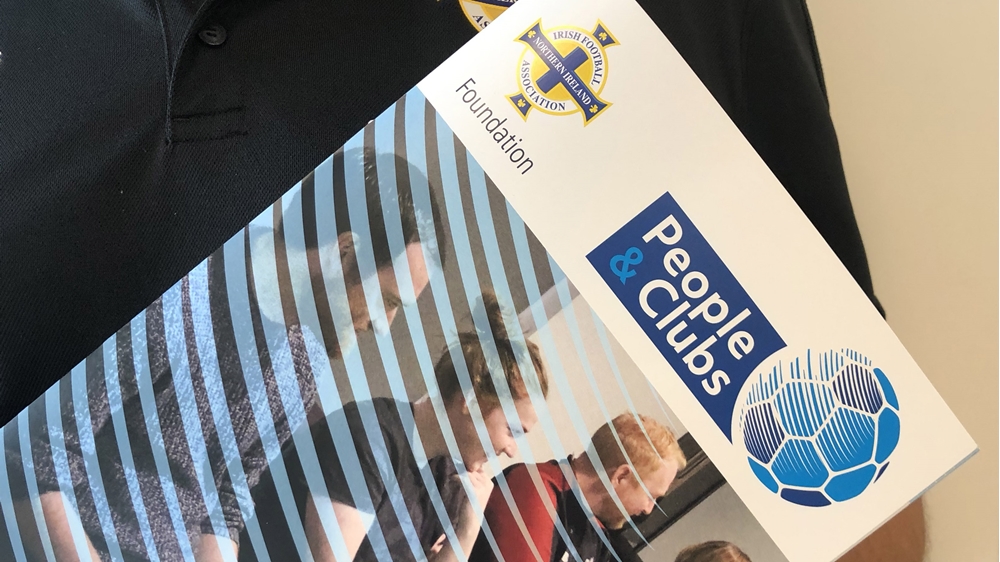 The Irish FA Foundation has launched a new programme for volunteers and clubs across Northern Ireland.

The People and Clubs programme has been created following a large and wide-ranging research project that consulted with clubs and volunteers, volunteer organisations, universities, other football associations, councils and more.

The innovative initiative for clubs by clubs includes a new club portal for clubs to complete their club accreditation, downloadable resources, case studies, workshops and a new national youth council.

Focusing on club development, club operations and people development, it is aimed at supporting the 700 clubs and more than 7000 volunteers who contribute daily to football in Northern Ireland. And the plan and its implementation are designed to support clubs to provide the best possible experience for players and volunteers alike.

Gavin Nelson, the Irish FA Foundation’s Club and Community Development Officer, said: "We are really excited to launch People and Clubs. It has been created with a large amount of feedback from the important people out there: people and clubs. We consulted with more than 250 clubs.