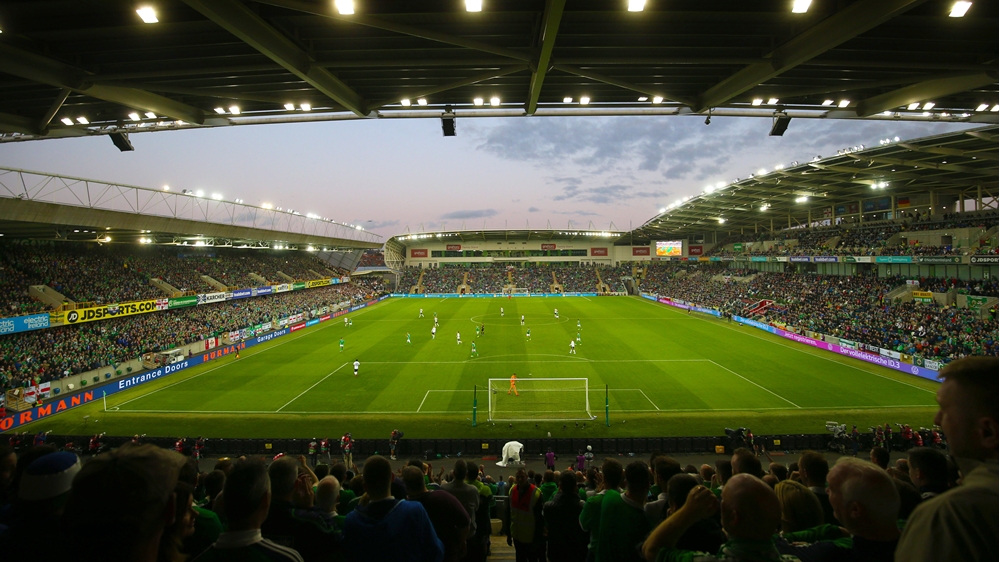 The Irish Football Association has won the right to host the UEFA Super Cup in 2021.

Hosting rights for the prestige European club game were awarded to the Irish FA at today’s UEFA executive committee meeting in Ljubljana, Slovenia.

The showpiece match, UEFA’s season curtain raiser between the winners of the previous season’s UEFA Champions League and UEFA Europa League, will be held at the National Football Stadium at Windsor Park in Belfast in August 2021.

'This is fantastic news for everyone at the association, the city of Belfast and Northern Ireland as a whole'

The success for the association follows extensive lobbying by both Irish FA President David Martin and Irish FA Chief Executive Patrick Nelson allied to a strong bid from the association to UEFA to host the game.

Patrick Nelson said: “This is fantastic news for everyone at the association, the city of Belfast and Northern Ireland as a whole.

“This confirms that, like us, UEFA believes the National Football Stadium is a compact world class venue capable of hosting high profile international and club matches. It is a huge feather in our cap.

“I would like to congratulate everyone who contributed to the bid, and in particular bid leader Craig Stanfield, for putting together a compelling proposition for UEFA.”