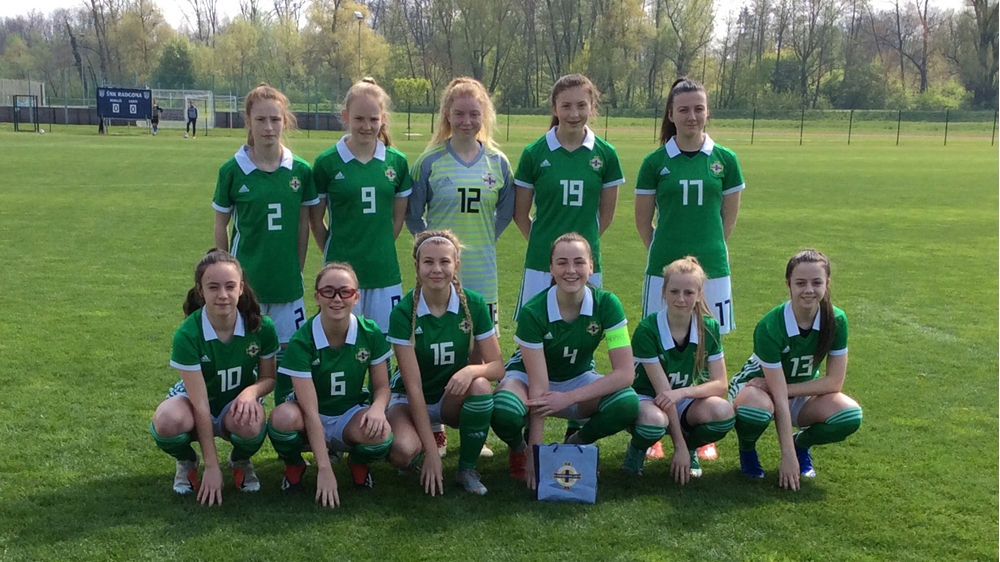 Northern Ireland’s Women’s U16 development team secured a victory over Wales in their last game of a four-team UEFA tournament in Slovenia.

After a scoreless draw in a match in which clear-cut chances were at a premium, Noel Mitchell's girls won 7-6 on penalties against their Welsh counterparts in Gornja Radgona on Monday.

The win follows defeats against the hosts and Sweden on Friday and Saturday, respectively.

Sweden had too much for the U16 development team when the two sides went head-to-head at the weekend.  A hat-trick from Wilma Leidhammar saw the Swedes run out comfortable winners in the clash in Cerkvenjak.

The WU16s' opening match finished scoreless in regulation time but the host nation won out on spot-kicks (2-1).