The village of Ballinamallard prepares for Tennent's Irish Cup Final 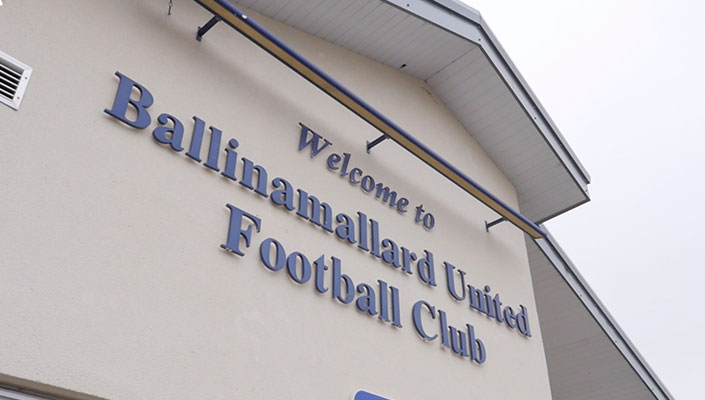 The village of Ballinamallard and the rest of Fermanagh are gearing up for their day out to the National Football Stadium at Windsor Park.

A penalty shootout win against Warrenpoint Town secured a spot in the Tennent's Irish Cup Final for the Mallards who are relishing the opportunity to face Premiership side Crusaders.

"This is the kind of thing the ladies do. The flags were working out at £5 a flag and we were going to sell them but we thought lets order material and make our own flags."

There's also support from British Superbike rider Josh Elliot who grew up next to Ferney Park, the home of Ballinamallard FC as well as Rally Champion Gary Jennings who will be missing a race to ensure he watches his team in the Tennent's Irish Cup Final.

To hear from more of the locals, watch the video above.