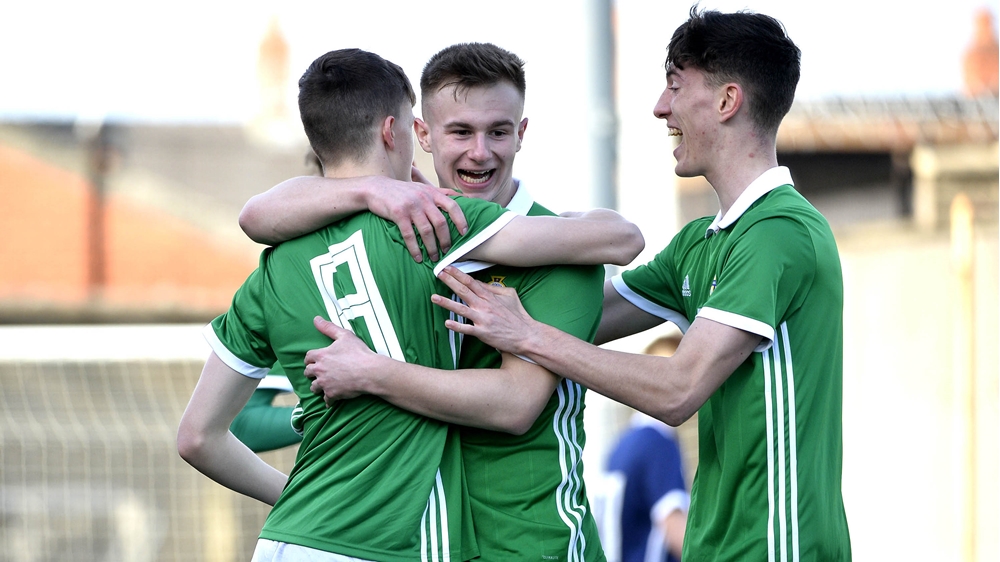 The Northern Ireland Under-18 Schoolboys team can lift the Centenary Shield if they win or draw against Republic of Ireland Schoolboys later this week.

Northern Ireland have already notched up seven points after two wins and a draw – and if they avoid defeat against the Republic in Belfast on Thursday (18 April) they will win this year’s competition outright.

England also have seven points but have played all their games in the five-team U18 Schoolboys tournament and can now only hope for a share of the SAFIB (Schools Association Football International Board) trophy.

Two 1-0 victories – against Scotland and Wales – and a goalless draw with England last time out have put Frankie Wilson’s Northern Ireland side in pole position to win the competition.

For the game against the Republic, who only have a point from two games but could still grab a share of the prize if they win their remaining two fixtures, Wilson has chosen an 18-strong panel. The match is being played at Queen’s University Belfast’s Dub complex (6pm).

And midfielder Sean Og Gallagher (Trinity College Belfast/Glentoran) has retained his place in the squad after receiving his first call-up for the match against England earlier this month.

Missing out this time are Callum McVeigh (Down High School/Linfield) andEthan Wynne (Bangor Academy/Linfield), who scored the goal in the 1-0 win away to Wales.