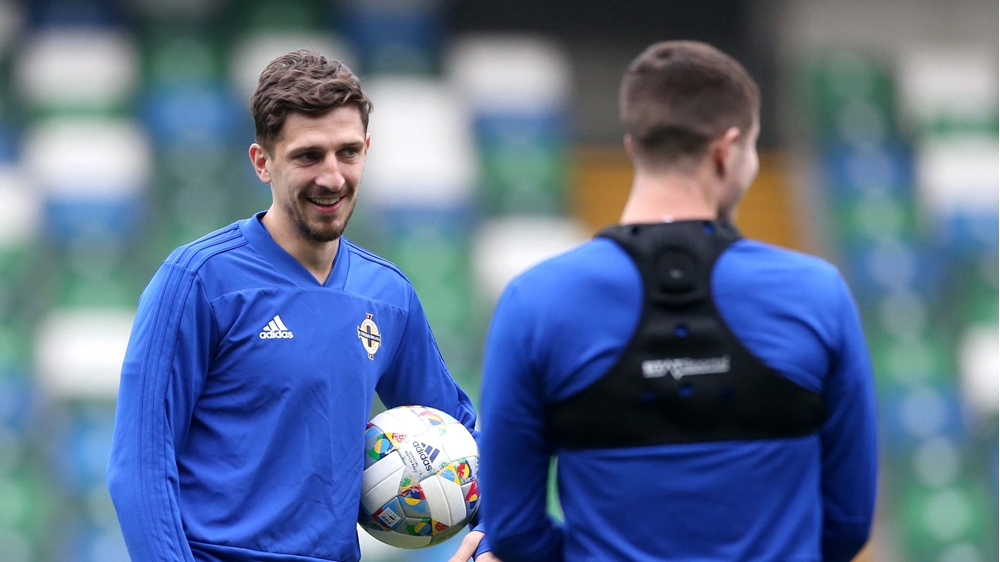 Northern Ireland defender Craig Cathcart was celebrating yesterday after Watford made it through to the FA Cup Final following a dramatic 3-2 extra-time victory over Wolves at Wembley.

The 30-year-old put in yet another assured performance at the heart of the Hornets defence to set up an end-of-season decider with quadruple-chasing Manchester City on the 18 May.

Meanwhile, Liam Boyce gave himself an early birthday present when he bagged his 12th goal of the season as Burton Albion shocked second-placed Barnsley by ending their 20-match unbeaten run with a 3-1 victory at the Pirelli Stadium.

The former Cliftonville striker, who is 28 today, scored the Brewers’ second goal and set up their third as Nigel Clough’s side chalked up their third successive league success.

“That win has to be one of the highlights of the season,” declared Boyce, “It’s definitely up there, the League Cup run aside.

“I think they were a bit shocked at the start, how we were all over them and they couldn’t get out until we got the first goal.

“We just wanted to prove a point that we can trouble teams at the top.”

Also on the scoresheet over the weekend was George Saville, who hit a consolation goal for Middlesbrough as they slumped to a sixth consecutive defeat after going down 3-1 at Swansea City.

Midfielder Paddy McNair was recalled to ‘Boro squad by boss Tony Pulis but was again an unused substitute.

Elsewhere in the Championship Jamal Lewis and Norwich City’s relentless march to the Premier League continued as they cruised to a 4-0 win over managerless QPR to extend their lead at the top of the table to seven points.

Goalkeeper Bailey Peacock-Farrell made way for the returning Kiko Casilla as Leeds United fell to a surprise 1-0 defeat at Birmingham City in a game when midfielder Stuart Dallas did come on as a half-time substitute.

Ollie Norwood helped Sheffield United move into the second automatic promotion spot after their narrow 1-0 win at Preston North End, however, there was further woe for Josh Magennis’ Bolton Wanderers after they lost 2-1 at home to bottom of the table Ipswich Town.

After missing the last two weeks with a hamstring injury, Corry Evans returned to action in Blackburn Rovers 1-0 loss at home to Stoke City, while in League One Gavin Whyte made his comeback for Oxford United after being absent for the last two games with a thigh complaint.

In Scotland, former Glenavon player Bobby Burns was given his first league start for Hearts in the Edinburgh derby with Hibernian at Tynecastle.

Hibs ran out 2-1 winners in a game that also saw the return from injury of Michael Smith who was substituted by manager Craig Levein after an hour.

The 30-year-old right-back had been sidelined for the last two months with a tear in his thigh muscle and Levein was concerned at how long the former Ballymena United player would be able to manage.

“I was a bit anxious about how long he would last,” admitted the Hearts boss, “The last thing you want with a muscle injury is for it to recur. It was a dilemma for me taking him off because he was doing really well.

“I’d like to have him for the games we’ve got left and the medical advice was that an hour was about enough for him."