Boys Across the Water: Lyons nets winner for St Mirren in relegation battle 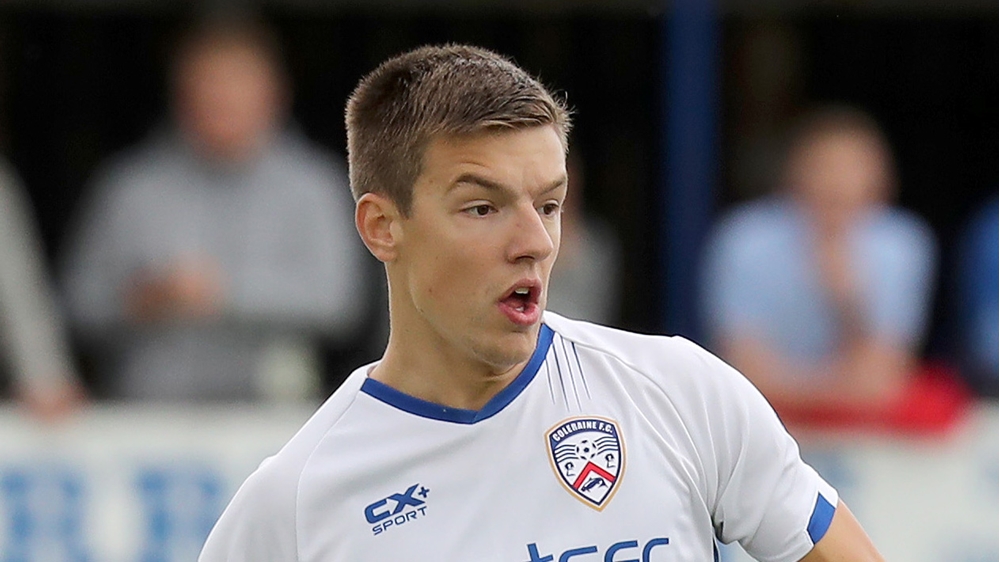 St Mirren’s on-loan midfielder Brad Lyons helped lift Oran Kearney’s side off the bottom of the Scottish Premiership table when he hit a second-half winner in the Buddies' 2-1 home success over Dundee at the weekend.

Elsewhere in the division, Kyle Lafferty was not included in the Rangers’ match day squad to face Celtic at Parkhead yesterday though Steven Davis did come on for the final few minutes of the 2-1 defeat to Neil Lennon’s charges.

Following his heroics for Northern Ireland Niall McGinn played the full 90 minutes in Aberdeen’s 2-1 reverse at Tynecastle to Hearts though fellow winger Jordan Jones was absent from a Kilmarnock side that comfortably defeated Hamilton Academicals 5-0 at Rugby Park.

In the Premier League in England, Jonny Evans helped Leicester City to a third successive win under new boss Brendan Rodgers though Craig Cathcart was rested for Watford’s trip to Old Trafford ahead of next weekend’s FA Cup semi-final with Wolves.

Josh Magennis, Northern Ireland’s goalscoring hero against Belarus, helped cash-strapped Bolton Wanderers to a surprise 2-1 win at QPR on Saturday however they remain five points from safety in the Championship with just seven games remaining.

Goalkeeper Bailey Peacock-Farrell returned to the Leeds United line-up in place of the suspended Kiko Casilla, however, Stuart Dallas was an unused substitute as the Elland Road outfit moved into the second automatic promotion place following a thrilling 3-2 victory at home to Millwall.

Jamal Lewis’ dream of playing Premier League football next season moved a step closer as leaders Norwich City left the Riverside Stadium with all three points after a narrow 1-0 victory at Middlesbrough for whom Paddy McNair and George Saville both frustratingly remained on the bench.

In League One, Gavin Whyte missed Oxford United’s home win over Wycombe after failing to recover from his hamstring injury which ruled him out of both internationals last week.

Striker Will Grigg did recover from his ankle complaint though to join defender Tom Flanagan in the Sunderland side which eventually lost the EFL Trophy Final on penalties to Portsmouth at Wembley on Sunday afternoon.

Newport County kept their slim hopes of a play-off place alive in League Two when former under-21 international Ben Kennedy struck his first goal for the club to help seal a 3-1 win at Yeovil Town.

Finally, striker Mikhail Kennedy made his debut for Concord Rangers in their 3-0 home success over Weston-Super-Mare in the National League South. The 22-year-old joined the Essex-based club on a month’s loan from Charlton Athletic last week.