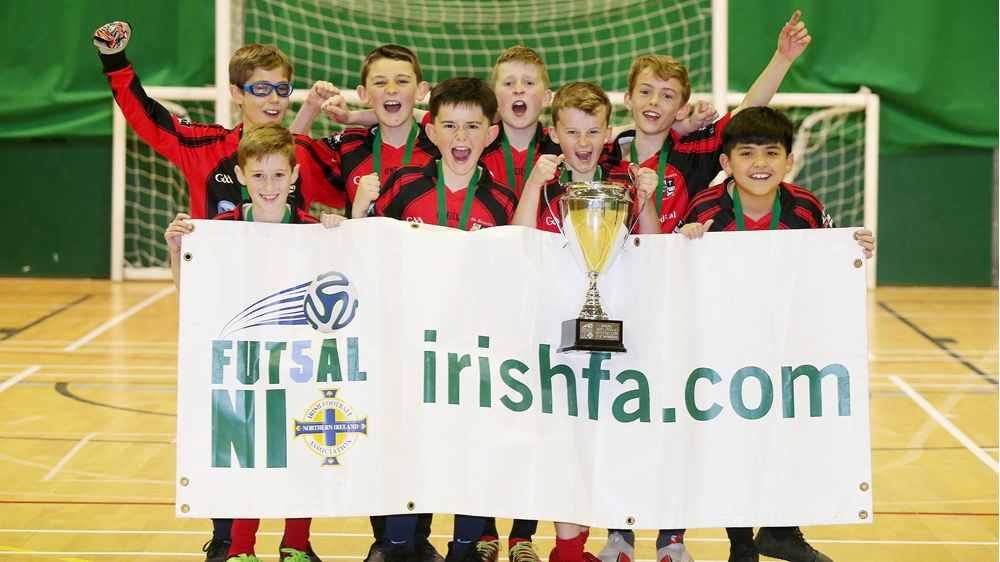 St Bernard’s Primary School, from the east of the city, and Dunmurry-based Christ The Redeemer won the boys’ and girls’ national futsal finals respectively at Antrim Forum.

Thirteen girls’ team from schools across Northern Ireland converged on Antrim as regional winners with a chance of being crowned national champions.

King’s Park defeated St Patrick’s 2-0 in the first semi, while the second last four match went to penalties after the teams were deadlocked at the final whistle. And it was Christ The Redeemer who advanced to the decider on penalties.

The final was another close encounter and the teams could not be separated in regulation time, so Christ The Redeemer had to successfully navigate penalties once more to be crowned champions.

St Bernard’s were victorious in the boys’ national finals competition after playing some exciting futsal and remaining undefeated on the day at Antrim Forum.

Their biggest challenge came at the semi-final stage against King’s Park Primary. It was an end to end game and St Bernard’s eventually won it 5-3. Braniel PS overcame St Columba’s PS (Kilrea) in the other semi-final.

In a very close final Braniel just fell short in the end against their near neighbours and St Bernard’s ran out worthy champions.

See gallery for pictures from the futsal finals. 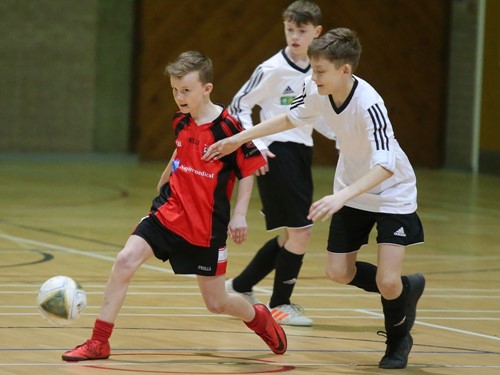 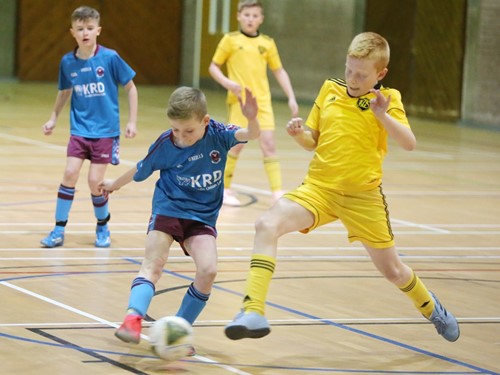 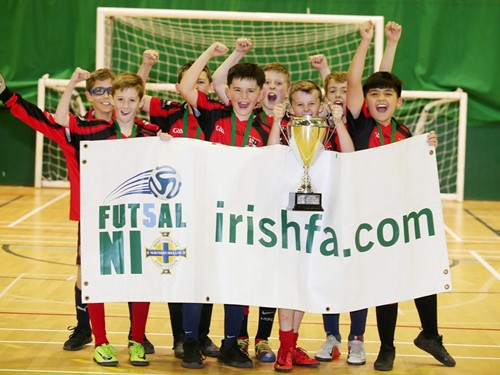 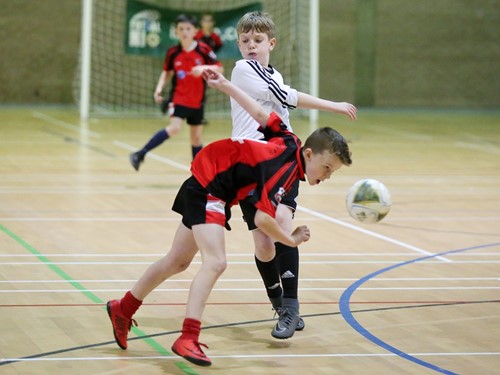 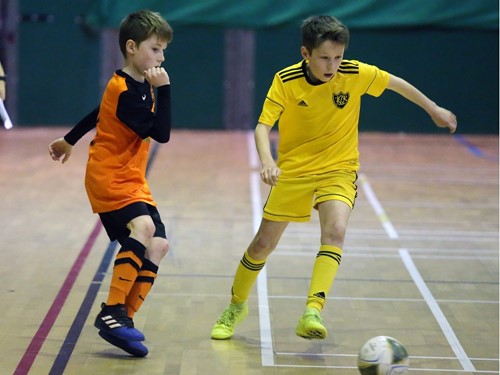 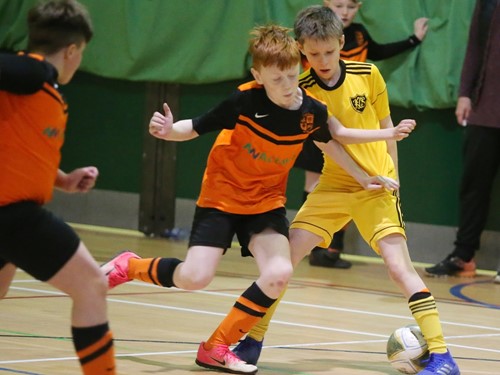 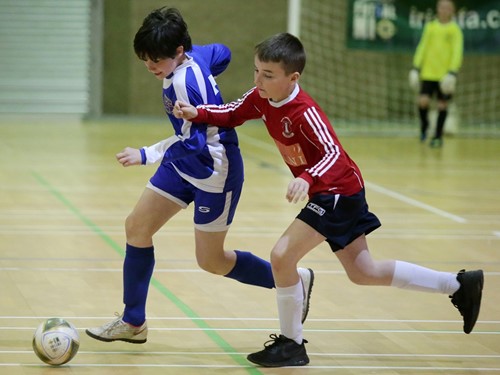 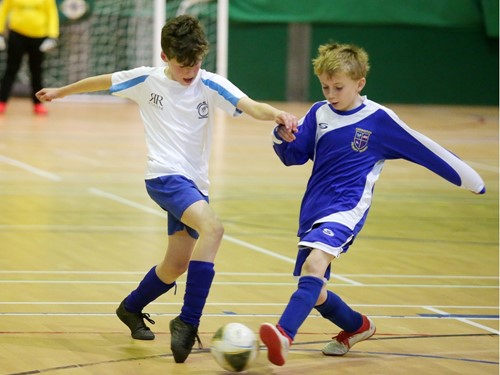 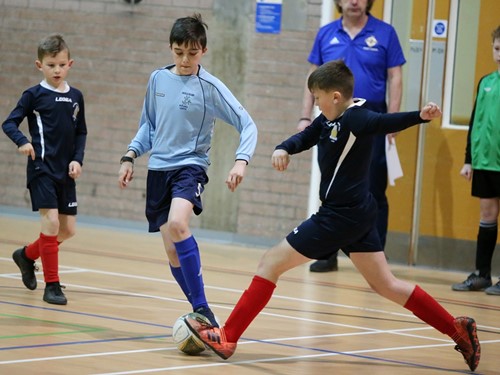 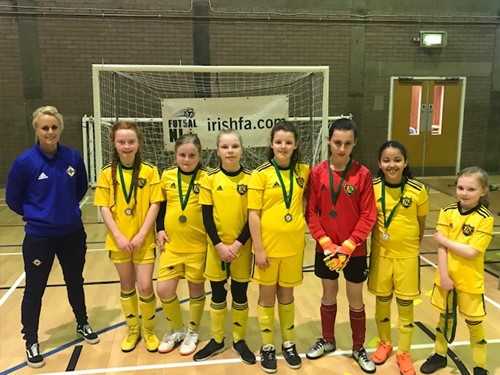 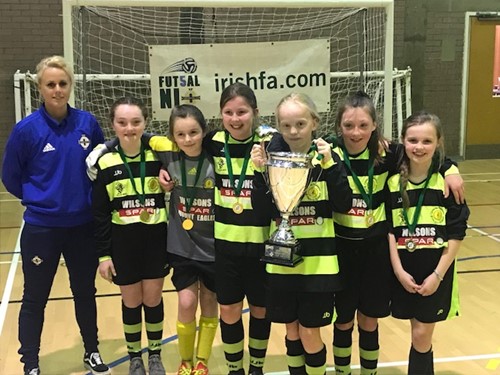 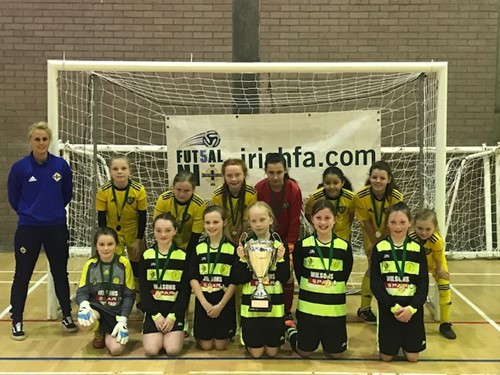