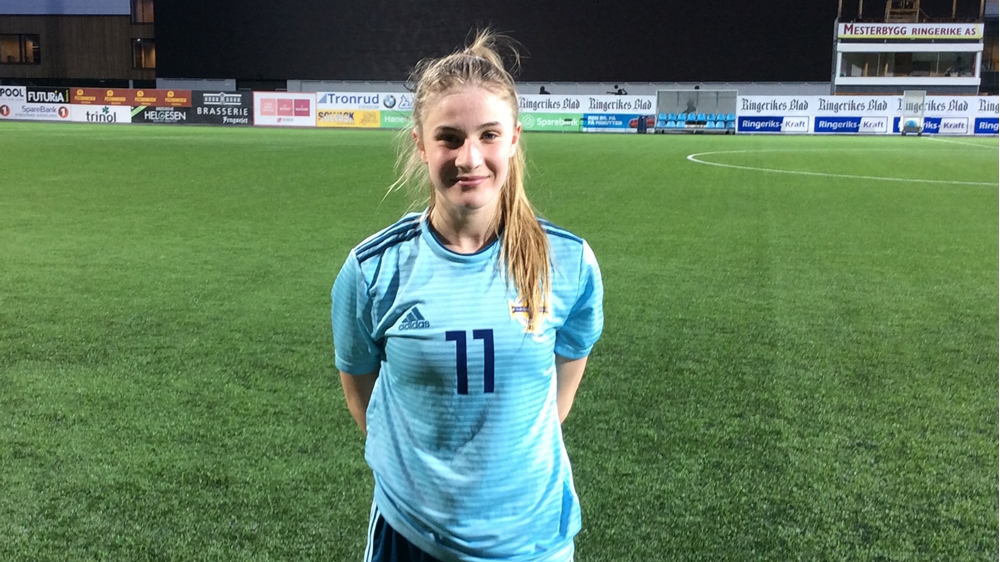 Alex Collighan's 78th minute goal turned out to be a consolation as Alfie Wylie’s side went down 2-1 to Norway at the AKA Arena in Honefoss.

The busiest player on the pitch was Northern Ireland goalkeeper Lauren Perry. Despite only recently returning to action following a lengthy lay-off, the young keeper produced a string of fine saves across the 90-plus minutes.

Olaug Tvedten and Julie Blakstad missed the target for the Norwegians early on before Perry produced a good stop from a Blakstad drive on 29 minutes.

In the 36th minute Perry was in action again to push a well-struck Anna Josendal free-kick around the post.

However, the group favourites scored from the resulting corner. Josendal delivered the ball into the area and defender My Sørsdahl Haugland rose above the Northern Ireland defence to head it home.

The Norwegians gave themselves some breathing space with just four minutes of the second half gone when Jenny Røsholm Olsen found the bottom corner with a delightful curling left foot shot from just inside the 18-yard box.

In the 50th minute Northern Ireland almost pulled one back. Rebecca McKenna produced a good delivery from a corner and Kelsie Burrows got on the end of it but her effort was just off target.

Perry was called into action again five minutes later when she pushed away a Tvedten strike - Celin Ildhusoy steered the rebound wide - and minutes later she blocked an attempt by Vilde Birkeli.

Ildhusoy and Olsen then fluffed further chances for the Norwegians before Northern Ireland pulled a goal back 12 minutes from time when Collighan was on hand to guide home McKenna’s teasing cross from the right.

Collighan’s goal stung Norway into action. Substitutes Elin Sorum and Ragne Svastuen as well as Blakstad and Tvedten all had chances in the closing stages but the Northern Ireland defence and Perry stood firm, while down the other end the Norwegian back line easily snuffed out a couple of Northern Ireland counter attacks.

Norway thoroughly deserved the win. They produced 18 attempts on goal compared to Northern Ireland’s two and largely controlled the game from start to finish.

Northern Ireland’s next outing in the four-team mini tournament is on Saturday (6 April) against Denmark, who defeated Ukraine 6-0 yesterday. The final game for Wylie’s side is against Ukraine on Tuesday (9 April) and both matches are to be staged at the AKA Arena.