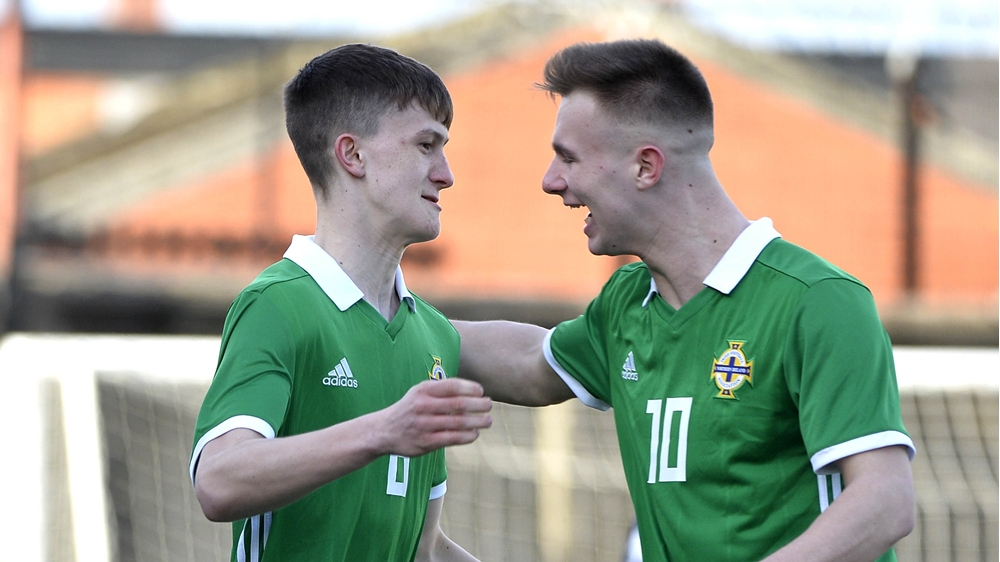 The Northern Ireland Under-18 Schoolboys’ team will be aiming to make it three out of three when they take on England’s U18 Schoolboys this evening (Friday, 5 April).

In this season’s Centenary Shield competition they have already beaten both Scotland and Wales.

And manager Frankie Wilson will be hoping for more of the same when the U18 Schoolboys take on England at Redditch United’s ground tonight (7pm).

The only new face in the squad from the 20-strong panel that contested the opening game (1-0 win against Scotland) is midfielder Sean Og Gallagher, a pupil at Trinity College Belfast who plays his club football with Glentoran.

Ryan Carmichael, who scored the solitary goal against the Scots at Seaview, and Ethan Wynne, who was on target in a hard-fought 1-0 win over Wales in Aberystwyth, are in the squad once again.

Wilson is travelling to England with just a 16-strong panel so Josh Largo-Ellis (St Michael’s Enniskillen/Ballinamallard United) and Malachy Smith (Breda Academy/Glentoran), who were in the squad for the Scotland match, have not been included this time.

And Jack Bradley (St Joseph’s Boys’ Derry-Londonderry/Coleraine), Trai Hume (NIFL Academy/Linfield) and Josh McGreevy (Northern Regional College Newtownabbey/Crusaders), who were all in the panel for the Scotland game, miss out this time, too.

Northern Ireland’s final game of the five-team annual competition is due to be against the Republic of Ireland at Queen’s University Belfast’s Dub complex on Thursday 18 April (6pm).

Wilson’s 2018 squad were unbeaten in the competition, registering three draws and a win, but it was not enough to secure the overall win.

To date this year England have beaten Scotland (2-0 away) and lost to Wales (1-0 home), while Scotland have lost two (Eng/NI) and drawn with the Republic of Ireland (1-1) and the Welsh have registered a win (Eng) and a defeat (NI).

A victory against England in Worcestershire on Friday would guarantee Frankie Wilson’s side at least a share of the spoils this time as only ROI or Wales could catch them. 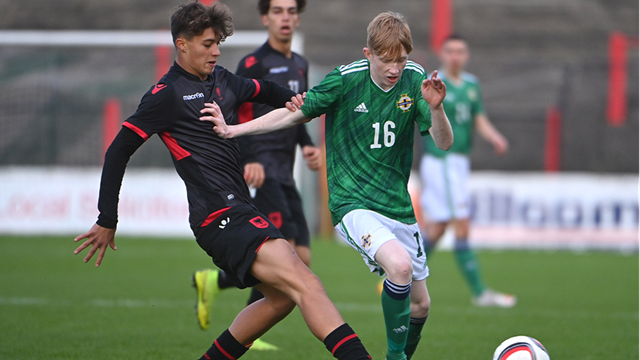