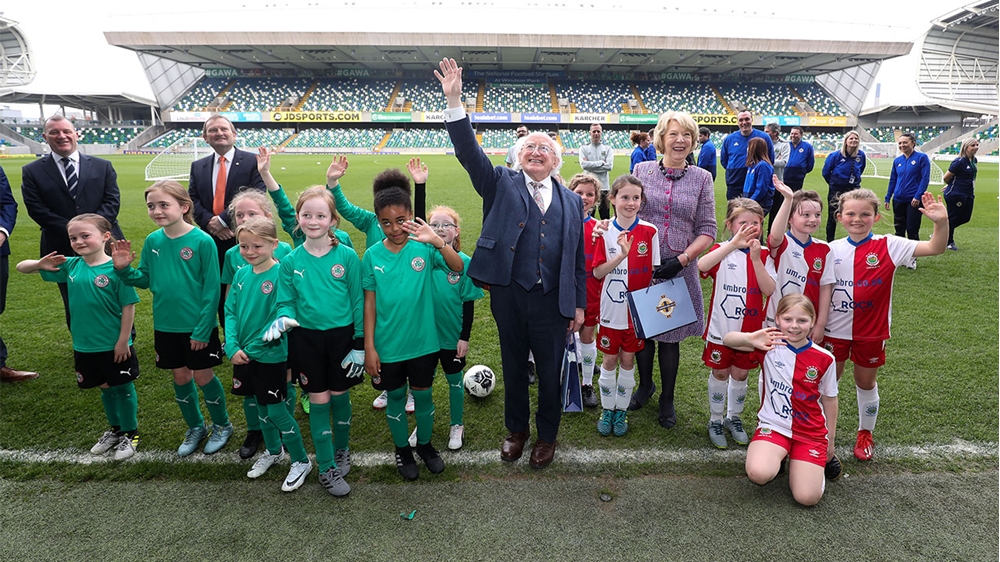 The President of Ireland, Michael D Higgins, visited the National Football Stadium at Windsor Park today as part of a trip to Belfast.

The President and his wife Sabina spent time in the Education and Heritage Centre housed within the Irish Football Association’s headquarters at the stadium and learned about the programmes which the association delivers in promoting, fostering and developing football for all.

Irish FA Chief Executive Patrick Nelson said: “It was great to have President Higgins and his wife at the home of football in Northern Ireland. The President is a huge football fan and his visit was a great opportunity for us to highlight just a few of the many strands of our work.”

First stop on the President’s visit was the Education and Heritage Centre, which tells the story of how football developed on the island of Ireland – the Irish FA was founded in 1880 – and within Northern Ireland.

Michael Boyd, the Irish FA’s Director of Football Development, then introduced the President and his wife to Irish FA personnel involved in cross-community and peace-building work.

He met staff from the association and other sporting bodies delivering Sport Uniting Communities, a project supported by the European Union’s PEACE IV Programme.

SUC, which is run by the Irish FA, Ulster GAA and Ulster Rugby with the Football Association of Ireland acting as an official project partner, uses the reach of each sport to create meaningful contact between people from different communities and aims to improve attitudes, respect, inclusion and tolerance.

In addition Mr Higgins learned about Anti-Sectarianism and Show Racism The Red Card workshops delivered by the Irish FA in football clubs and schools as well as the association’s involvement with Street Soccer, which provides football opportunities for disadvantaged groups including the homeless.

And Irish FA staff also highlighted the association’s new strategy for girls’ and women’s football in Northern Ireland, which has the overarching aim of getting moregirls and women to enjoy football, whether as a player, coach, referee, administrator or volunteer.

After signing the visitors’ book, the President and Sabina went pitchside to watch players from the Cliftonville and Linfield Under-9 girls’ teams in action. As he looked on he was told about the association’s many coaching programmes for players of all ages and abilities.

Mr Higgins and his wife then departed for their next engagement in the city.

To see more from the President of Ireland's visit, watch the video above. 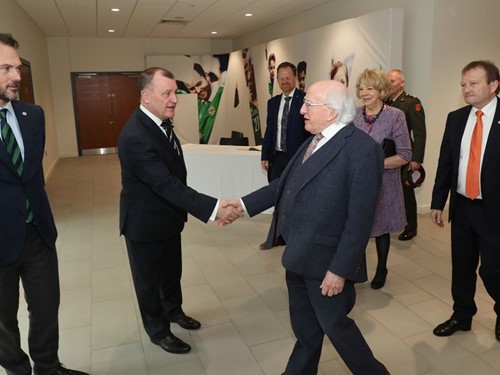 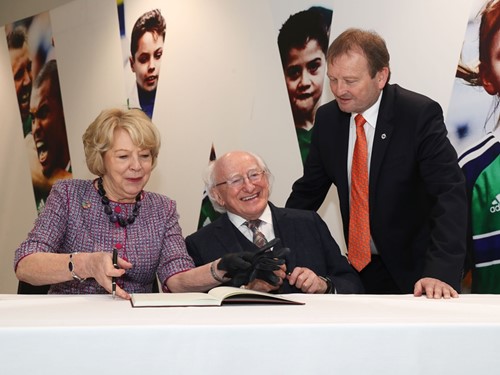 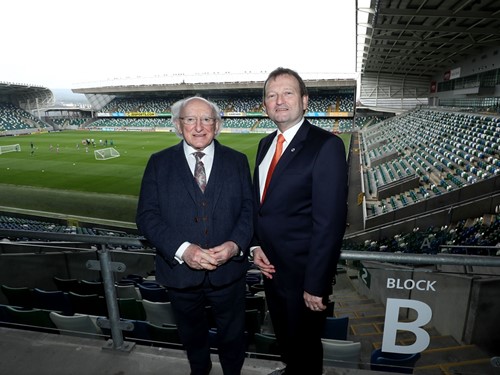 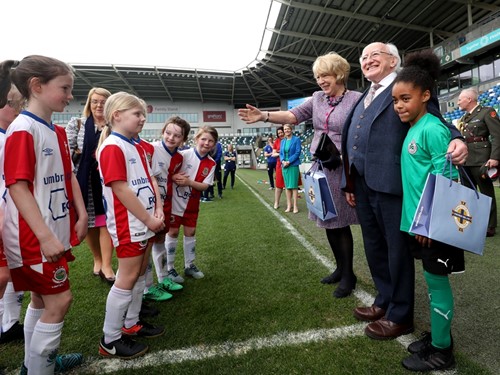 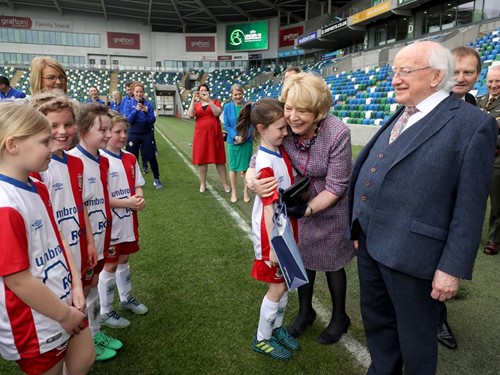 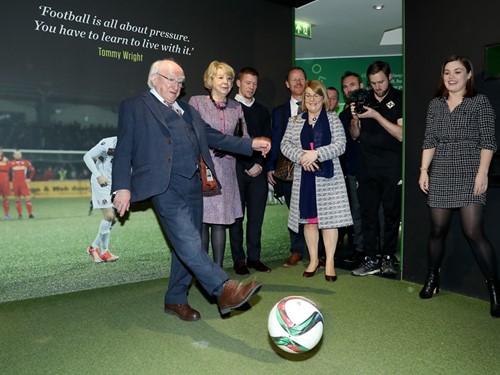 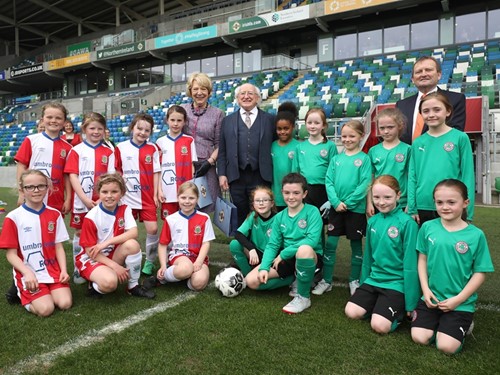 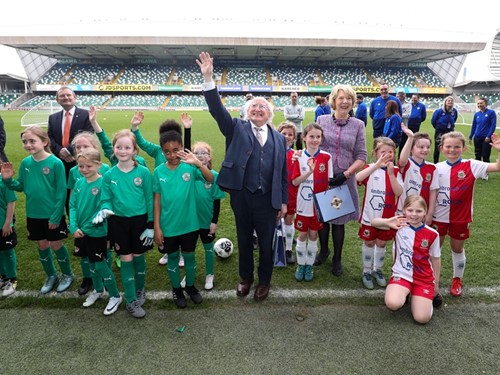 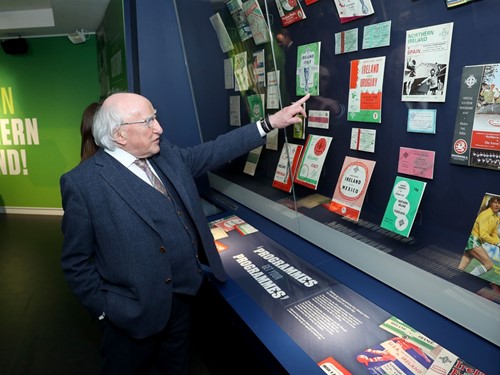 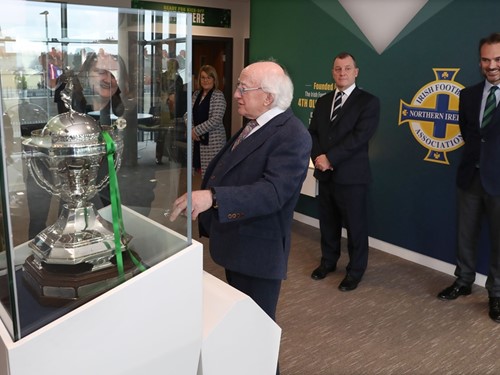 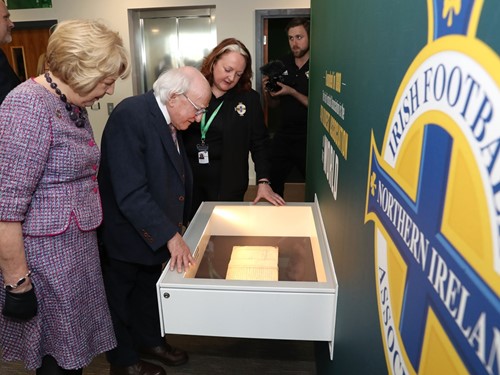 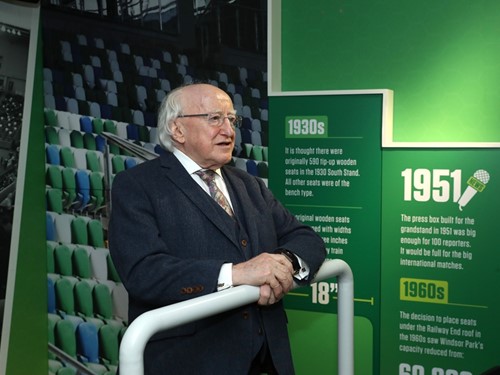 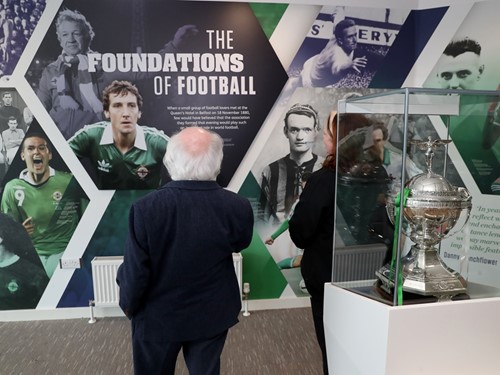 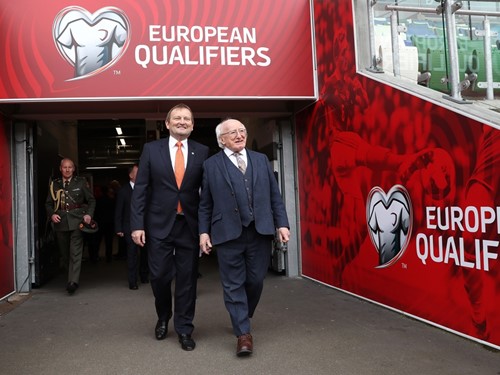 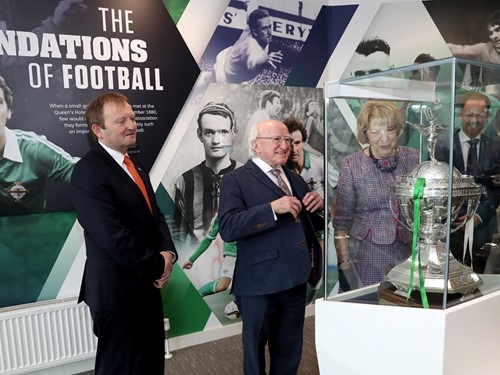 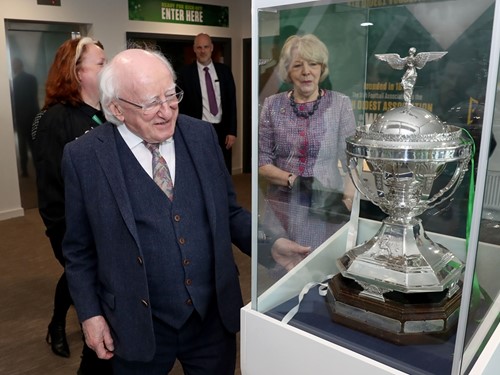 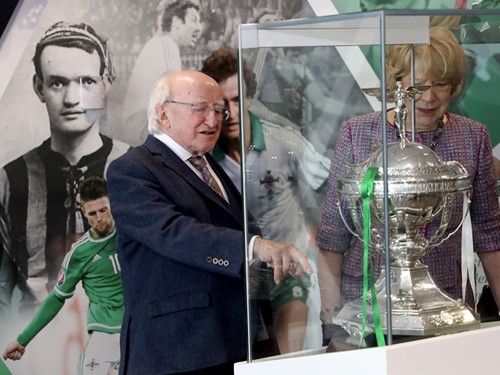