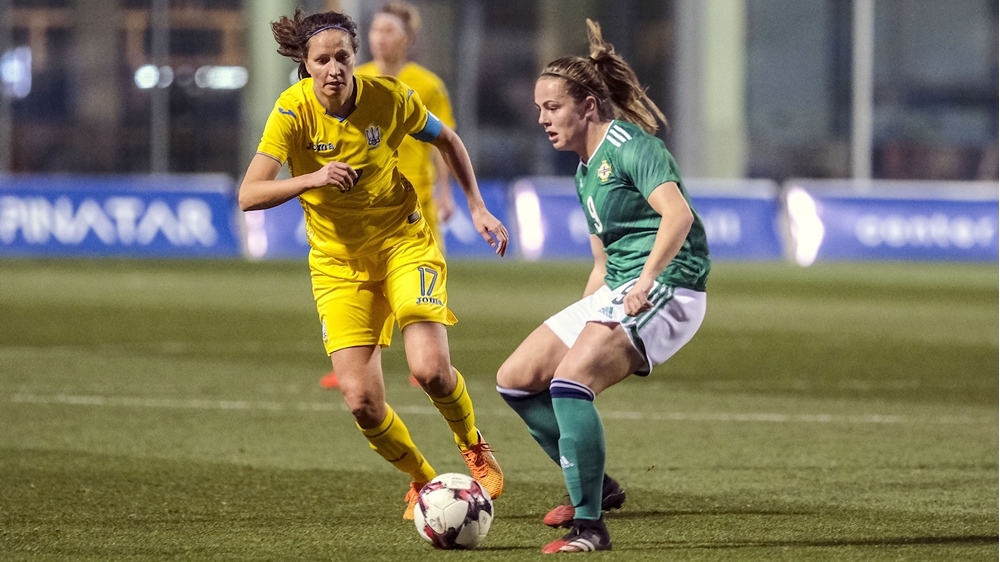 Northern Ireland senior women fell to a 4-0 defeat to Ukraine in their second game at the inaugural Pinatar Cup in Spain.

Four first half goals from Ukraine did the damage and despite introducing a string of experienced players at the interval Northern Ireland couldn’t claw back the four-goal advantage.

The girls in green and white made the brighter start at the Pinatar Arena in Murcia with McGuinness, Simone Magill and Maxwell causing problems for the Ukraine defence.

Despite some promising opportunities it was Ukraine who took the lead against the run of play with Nicole Kozlova netting the opener on 18 minutes.

They maintained this lead until after the half-hour mark when a goal blitz left Shiels’ girls with a mountain to climb. A Daria Apanaschenko double put Ukraine in the driving seat and the Northern Ireland women had no time to settle as Olga Ovdiychuk added a fourth before the break.

“People use the term ‘work in progress’ - that’s exactly what we are,” said manager Shiels. “We have to narrow the gap with nations like Scotland whose women’s football is more developed than ours.

“This is the first opportunity I have had to see the players in friendly matches since taking up the role and this week is a chance to help players develop, help them get better and to further develop the team so that we can progress and compete in the qualifiers in the forthcoming months.”