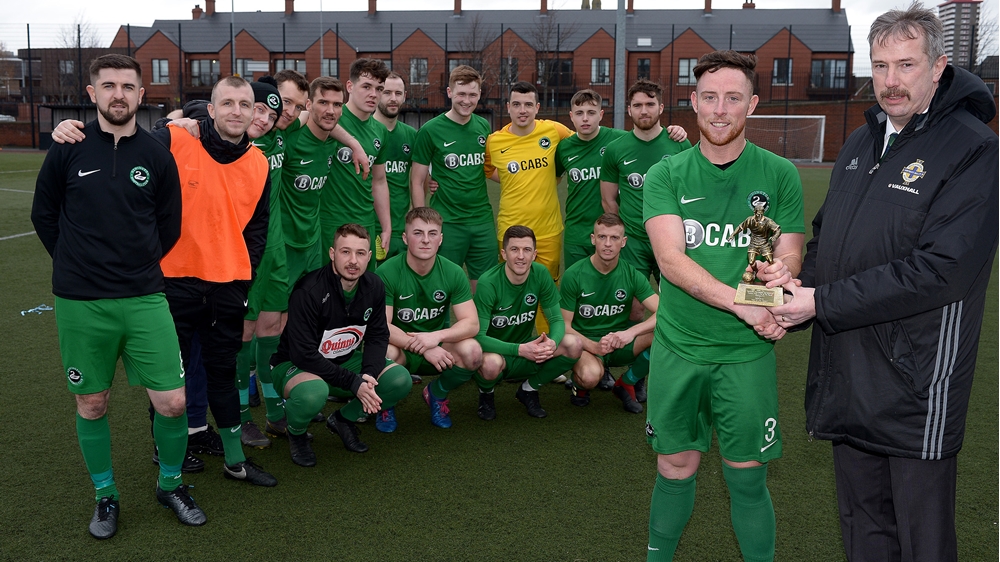 Anthony McGonnell grabbed an extra-time winner as Newington travelled to defeat hosts Immaculata in the McComb's Coach Travel Intermediate Cup 'tie of the quarter-final' at the Grosvenor Recreation Centre.

The former Cliftonville, Glenavon and Larne man struck on 97 minutes with what proved to be the only goal of the game to book a last four spot for the Swans alongside Dollingstown, Belfast Celtic and St James' Swifts.

From the start it was obvious both sides were going to take some time to assess their opponents with the swirling wind adding an extra dimension to what developed into a scrappy affair.

Percentage wise Newington edged possession and on two occasions in the first half had the ball in the back of the Immaculata net only for the both attempts to be disallowed.

With the second half under way, a rejuvenated Immaculata applied some added urgency to their play.

Both defences started to show gaps and whilst there were chances created at both ends home keeper Conor McGourty and his opposite number Marc Maybin were equal to what was thrown at them.

Despite a late Newington flourish the game drifted into extra-time still scoreless, and it became increasingly obvious it was going to take something special to break the deadlock.

It duly arrived seven minutes into the first period when a short corner from Patrick Downey found McGonnell who showed his experience to send a left-foot effort beyond McGourty into the top right corner.

Both sides tried to add to the scoreline in the remaining minutes but Conor Crossan's side held on to secure their place in the semi-finals.

Picture: Man of the Match Anthony McGonnell of Newington receives his trophy from Alistair Gray of the Irish FA Intermediate Committee as his teammates look on (Image: Gary Hancock).