Shooting Stars: Girls aged 4-11 to be introduced to football through series of social media videos 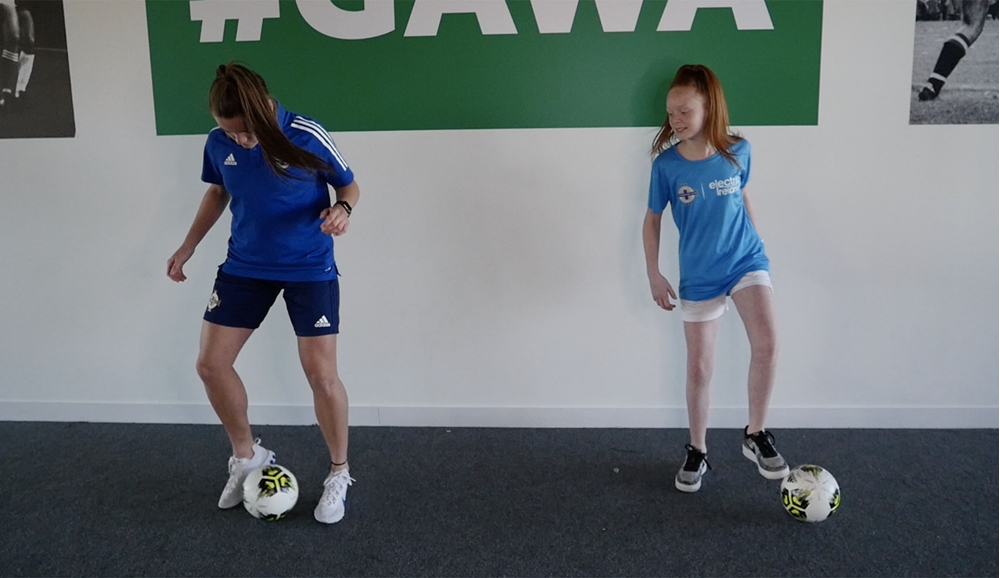 The Electric Ireland Shooting Stars programme has branched out to launch a social media campaign to encourage girls to play football – in a direct response to the current need for people to stay indoors.

The programme, which is run in partnership with the Irish FA Foundation, normally operates in 18 centres across Northern Ireland each week.

But with everyone now being encouraged to stay at home, in a bid to combat the coronavirus, the organisers have decided to take to social media to introduce girls aged 4-11 to football.

Three Northern Ireland internationals - Demi Vance, Marissa Callaghan and Megan Bell –have teamed up with the IFA Foundation’s Shooting Stars coaches and participants to provide indoor challenges and games in a series of short videos. The 11 pre-recorded videos, which will be rolled out over the next few weeks, also feature skills drills.

The first video in the series is being launched today and features a fun game called 1, 2, 3.

Shooting Stars is a starting point for young girls who are encouraged to take the next step and join a local club, helping them move along the player pathway.

Anne Smyth, Northern Ireland Sponsorship and PR lead with Electric Ireland, said: “Through the programme we want to ignite a passion for football among young girls and help them to gain important sporting and life skills. We hope the series of videos will inspire them in these difficult times.”