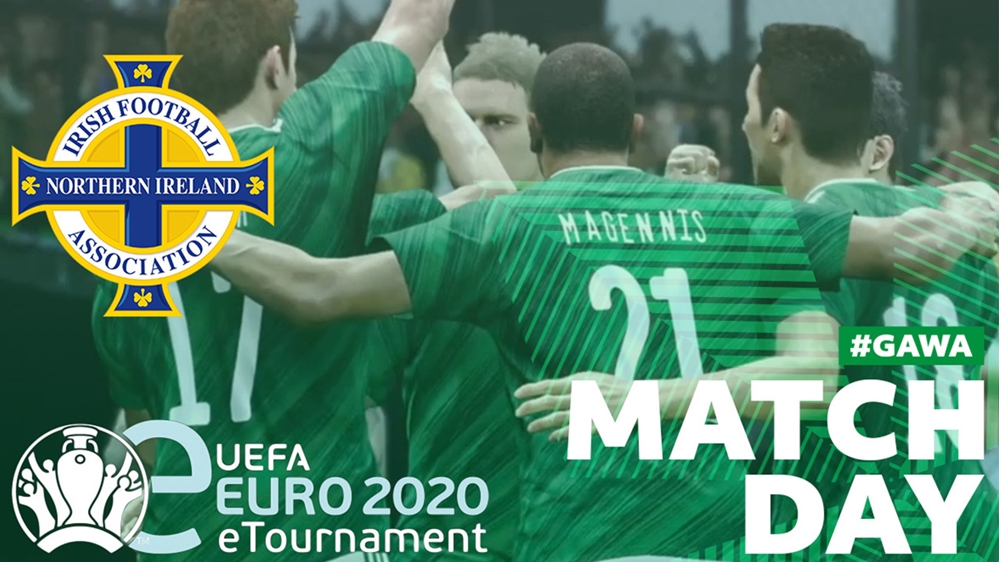 Northern Ireland will be competing in no less than five Euro qualifiers later today - UEFA eEURO 2020 qualifiers that is.

The Northern Ireland eSports team, made up of Nick Hatton from Bangor and Belfast man Garey Vance, are due to compete in stage two of Qualifying Group F.

They will be playing games of KONAMI’s eFootball PES 2020 (one v one) against each of the other teams in their qualifying group: Kosovo, Georgia, Lithuania, Belarus and Luxembourg.

First up today is a game against high flying Belarus (4pm) followed by encounters with Kosovo (5pm) and Luxembourg (6pm). Then they face Lithuania (7pm) before tackling Georgia (8pm).

Belarus currently top the group with nine points from five games, while Georgia are just behind them on goal difference. Luxembourg are third on seven points, but are only ahead of Northern Ireland thanks to a better goal difference. Lithuania are fifth in the standings (six points) with Kosovo in sixth (four points).

Ten group winners will qualify directly for the final tournament in London on 10 and 11 July, while the 10 group runners-up will compete in a play-off tournament in May - staged over two matchdays - to determine the other six finalists.

You can watch the first game against Belarus LIVE on Northern Ireland's YouTube channel.